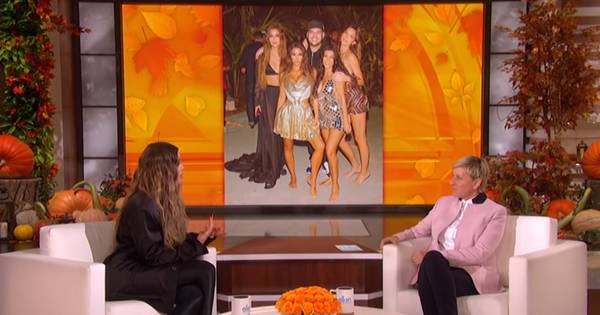 Sister Kim’s birthday party was not that bad, the 36-year-old TV personality told Ellen Degeneres. The controversial party, in which the entire family and circle of friends danced and partied without keeping distance from each other on a rented island, caused quite a stir online. Fans thought it was impossible at this time for everyone to be close to each other and hug each other.

Khloe is the first Kardashian scion to speak out about the party, which required the guests to be quarantined beforehand. She tells Ellen that it was a ‘great experience’, but she also understands that followers are upset about it. “This year is incredibly frustrating, I understand that. But it was her 40th birthday. She has taken so many precautions. It was really safe. I want Kim to enjoy the good memories and not to overshadow them by all this negativity. ”

For Kim’s birthday, they pulled out all the stops. Guests were flown in to an island in a secret destination. According to Khloe, they only knew where they were going on the plane. Two weeks before the trip, everyone was asked to quarantine and undergo multiple tests. Once there, they were all given the keys to their own private beach villa. This was not only a great experience for the guests, according to Khloe it was also good for the local residents: they could finally pay their bills again with the money.

Had Not Believed Covid-19, Teens in South Tangerang Reminded People to Wear Masks

Long Live Love candidate does not impress with breakfast in bed

IDC Research: Vivo Dominates the Smartphone Market in the Third Quarter of 2020