Home News Jan Jambon in Auschwitz: "How is it possible that people are ready...
News

Jan Jambon in Auschwitz: “How is it possible that people are ready to do this?” 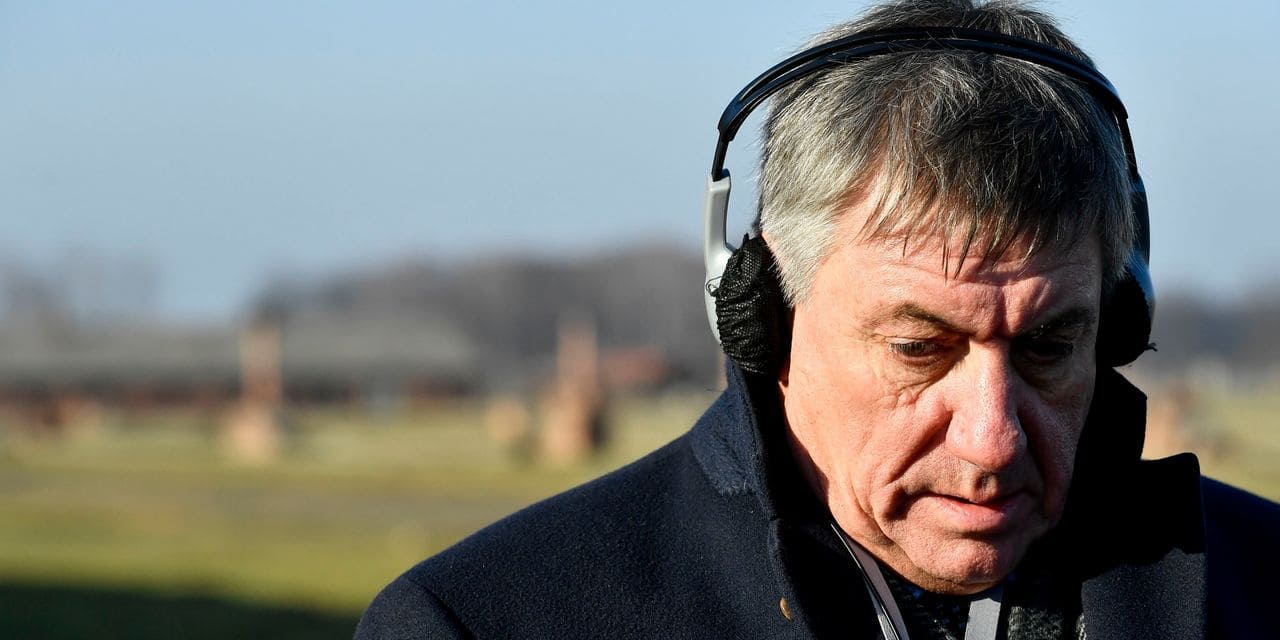 Flemish Minister President Jan Jambon (N-VA) visited Auschwitz-Birkenau, the largest concentration and extermination camp in Nazi Germany, on Tuesday as part of its 75th anniversary. “I have no words for that. A terrible impression of what fanaticism and racism can lead to,” he told Belga. On January 27, 1945, the camp was liberated by the Soviet army. This date was chosen in 2005 to make it the International Day dedicated to the memory of the victims of the Holocaust. Many visits and commemorations take place this year as part of the 75th anniversary of the liberation.

Flemish Minister-President Jan Jambon visited the camp on Tuesday, where 1.1 million people, mainly Jews, were killed during the Second World War. “It is difficult to put into words. There has been here a deliberate attempt to destroy an entire people in an almost industrial manner. I have no words for that. A terrible impression of what fanaticism and racism can drive. “

Jambon said it is important to “remember forever” the horror of the Holocaust. “Also because you now see that anti-Semitism is again emerging in Europe.”

Jan Jambon called Monday, during a dinner given by the European Jewish Association (EJA) in Cracow, “shame in our History” the assistance provided by the Belgian and Flemish authorities during the deportations during the Second World War.

Jewish cartoons at Aalst carnival should not have been used

Flemish Minister-President Jan Jambon (N-VA) believes that the Jewish cartoons that were shown at the Aalst carnival last year should not have been used. “I think that the carnival participants should take more account of the spectators and should ask themselves the question of good taste,” he said. Aalst found itself in a storm last year because of a controversial tank with Jewish cartoons. The Jewish community was shocked and saw similarities to the pre-war images.

Unesco questioned the recognition of the Aalst carnival, but finally the municipal authorities of Aalst took the lead and the mayor Christoph D’Haese (N-VA) himself asked for the withdrawal.

Jan Jambon asked the carnival participants on Tuesday to take into account the context and feelings of the Jewish community. “The Aalst carnival is something very special. Everyone laughs at it. And I understand very well that you cannot explain to the whole world the specificity of the Aalst carnival. But the participants should take into account the people who look at them and ask the question: ‘is this in good taste?’ So I think they shouldn’t have done that. ”

First case of Coronavirus also in Liguria. The news was confirmed by...
Read more
News

The love of Maradona does not stop in Argentina .. Audience fans cheer for him and encourage him!

SK called the second accomplice in the killing of Jap :: Society :: RBC

First case of Coronavirus also in Liguria. The news was confirmed by...
Read more

New attack of the dictatorship of Maduro against Juan Guaidó: the Chavez Prosecutor’s Office accuses him of exercising “extermination policies”

The attorney general of Venezuela, Tarek William Saab, denounced the “extermination policies"That, in his opinion, the president in charge and...
Read more