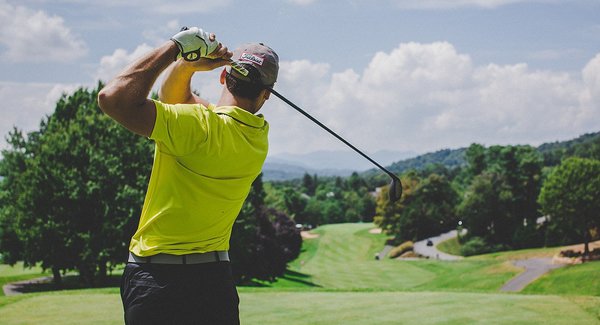 To limit the pressures on biodiversity, it is necessary to act for biodiversity by bringing together stakeholders including land managers. A change in the way humans see the place in nature makes it possible to establish relationships between managers and users so that animals can blend into a new landscape balance. To go in this direction, the French Golf Federation and the National Museum of Natural History have created a national program of studies of the biodiversity of golf courses in France called “Golf for Biodiversity”. This program makes it possible to characterize the biodiversity of these environments as well as the associated issues in order to improve cohabitation between humans and animals.

The deleterious impact of humans on nature

Nature has become the result of social and cultural intellectualization with urbanization and the new ways of life of humans. [1]. These anthropogenic changes are at the origin of the loss of natural, forest and agricultural spaces in France over the past ten years. This impact on nature is not without difficulty in its relationship with humans. Indeed, the fragmentation of nature has caused the degradation of biodiversity with the destruction of species and the introduction of invasive alien species. This pressure on biodiversity led to the assessment of 26% of species in 2018 as being threatened in France. [2].

Likewise, it seems important to remember that the term biodiversity was introduced as being the set of living species, their communities, their habitats as well as the set of genes of which they are made. Thus, the erosion of this biodiversity and the consequences on it have become major concerns for humans, feeling the origin of the impact on their well-being and those of animals. Indeed, nature offers a multitude of services for human life because it has resources such as food, air, energy and materials, affecting areas such as health and the economy. [2]. Indeed, in the field of health, the lack of nature can be at the origin of symptoms such as chronic stress, depression, sleep disorder or even hyperactivity. [1].

In addition, our future is directly linked to the natural habitats and species that frequent these natural environments. If humans do not act in favor of nature, animal or plant heritage species will be led to disappear in the near future. This purpose will produce a strong imbalance within ecosystems and impact the living conditions of humans. So, it has become fundamental to work together and mobilize to slow down erosion and preserve nature closely linked to humans by rallying ecology to recreational activities, in particular.

Golf courses in France, not always seen in a positive light

Golf is a sport that generates 1.5 billion euros in annual turnover in France and employs nearly 15,000 people. [6]. However, this recreational activity is classified as the 4th most polluting sport, after skiing, mechanical sports and shooting. [6], and thus has a bad image from an ecological point of view. Indeed, the maintenance of these golf courses generates strong environmental impacts: use of large quantity of water to maintain lawns, and of pesticides, substantial transformation of natural meadows leaving meadows deprived of life. These factors reduce biodiversity, increase the risk of water pollution and soil erosion, as well as public health problems. Thus, golf courses give an image of tension between humans and nature.

Nevertheless, the 700 golf structures cover an area of ​​33,000 hectares (almost twice the size of the Hauts-Plateaux du Vercors National Nature Reserve), 50% of which are play areas. [3] and the remaining 50% is potential natural land that can be used as a reservoir of biodiversity [4]. If these reservoirs are protected, they are vital spaces for the movement, development and extension of populations of fauna and flora, linked together by functional corridors and constituting ecological continuities. Under these conditions, these reservoirs of biodiversity and their interconnection can help limit the fragmentation of nature, which is one of the major causes of biodiversity decline.

A step forward for golf courses to take nature into account

The solidarity between the French Golf Federation and the National Museum of Natural History made it possible to create the Golf Program for Biodiversity (PGB) in 2016. Officially launched in 2018, this program supports golf managers in their knowledge and development. and the preservation of the natural heritage of golf, in an economically viable way, with the help of local naturalist structures. Thus, the golf courses can have an attribution of three labels in rewards of an activity in favor of knowledge and nature: bronze for the observation of biodiversity, silver for monitoring and gold for implementation. work of management recommendations to maintain biodiversity and promote better practice of rangelands.

First, the local naturalist structures will come and carry out an inventory using various methods (photo trap, binoculars, attentive listening or flying insect net) to make an inventory and propose management actions. The inventories will focus on plants, amphibians, our antennae friends (butterflies, dragonflies, locusts, grasshoppers, etc.), our flying companions with feathers (birds) or hairs contrary to their name (bats). In addition, it is not possible to focus only on species without taking into account their homes, that is to say their habitats. Consequently, these inventories will make it possible to understand why these species are present in these environments, their roles and the interactions they maintain between themselves and between humans. [3].

Management recommendations in favor of nature

Following the inventories, several strategies are given to golf course managers to come to terms with nature and its components. Some strategies are listed below and may be applicable even at home. One of the strategies is the construction and establishment of nesting boxes for a number of species [4]. That is to say, facilities such as beehives and small dry stone walls for reptiles and insects which are very interesting habitats and can also be hunting grounds for marten [3]. Subsequently, to avoid the impact on the life cycle of the species, a late mowing in September (rather than June) around the play areas can be implemented. [4], in particular for the caterpillars of the butterflies or the small of the hares which are found in these tall grass the summer. Then, the planting of hedgerows of different plant strata with local species can be carried out in order to retain suspended matter and retain a large part of the molecules of phytosanitary products. In addition, these hedges are reservoirs of biodiversity where species can feed, move, reproduce and shelter. Likewise, a free evolution of natural grasslands [5] is recommended to accommodate a larger number of species and acquire better soil quality coupled with stopping or reducing the use of pesticides, phytosanitary products and water.

Read Also:  screening, and why not you?

Golfers’ efforts two years after the start of the program

Currently, 35 golf courses in France have already taken part in this program out of the 700 and around fifteen golf courses are in the process of having a label. This figure remains low because this program represents a cost (between 3,000 and 10,000 euros) [6]. In the Auvergne-Rhône-Alpes region, several golf courses participate in this program including the Golf Chanalets in Bourg-lès-Valence which is in the process of having the bronze label, Lyon Salvagny Golf Club in La Tour-de-Salvagny in progress. have the silver label and Golf Club Esery – Grand Genève in Reignier-Esery which obtained the silver label in 2019.

Among other things, this commitment has enabled golf courses to regreen their blazon, by being assimilated to conservatories for biodiversity and thus have a better relationship with nature. Indeed, among the golf courses that participate in this program, golfers feel a better link between their activity and nature. Indeed, they generally feel closer to animals (birdsong, deer roaming the land) and become aware of the benefits of nature during their break at the sight of a harmonious landscape. [5]. The influence of these golf courses will make it possible to initiate the next step, that is to say, to convert and register all French golf courses in this program, and perhaps, to open up horizons to the international scale. !