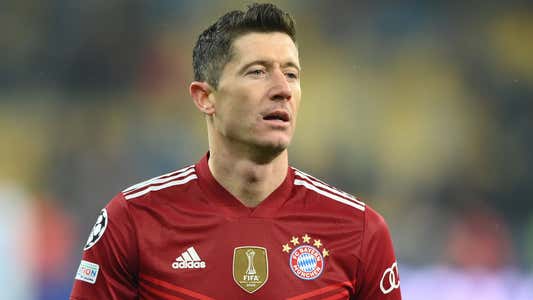 the FC Bayern Munich today on Saturday (February 26) before the game in the Bundesliga against Eintracht Frankfurt. Everything about the record champion is here.

And you can read about the developments of the past few days here:

Bayern striker Robert Lewandowski made a statement showing solidarity with the people of Ukraine. “Everything beautiful in sport is contrary to what war brings. All people who value freedom and peace must show solidarity with the victims of military aggression against Ukraine,” wrote the Pole on his Twitter-Account.

At the same time, Lewandowski announced that he would “work out a common position for his Polish national team’s upcoming World Cup playoff game against Russia (March 24). As captain of the national team, I will do that together with my teammates.” This position should eventually be agreed with the president of the Polish association, Cezary Kulesza.

In the early hours of February 24, the Russian army began invading Ukraine. In addition to Lewandowski, FC Bayern also expressed its sympathy for the people of Ukraine.

Asensio is under contract with Real until 2023. Los Blancos, according to the report, want to know how Asensio envisions his medium-term future. If the 25-year-old does not renew, the club are said to be inclined to sell him in the summer to collect a fee.

See the Bundesliga live today in STREAM on Sky Ticket!

According to this, Real made an offer for an early extension including an annual salary of 4.5 million euros plus bonus payments for four years. The Asensio side is not enthusiastic about it.

Michael Ballack is back in the football business. The former captain of the German national team now works as a player’s agent.

“I help young players plan their careers. It’s about the boys. I want to pass on my wealth of experience to them,” Ballack said image.

As has just become known, the 45-year-old has been the managing director of “Lucky 13 GmbH” for some time. The 13 is a reference to Ballack’s former shirt number. “Respectability and discretion are important to me,” said the former Bayern Munich and Chelsea player.

Eintracht Frankfurt vs. FC Bayern live today: Who is broadcasting the game?

the FC Bayern Munich is at on Saturday night Eintracht Frankfurt to guest. It’s the top game of the 24th match day, it starts on Saturday at 6.30 p.m. in the Deutsche Bank Park in Frankfurt am Main.

In this article you will find out who is showing the game live on TV and STREAM!