Three games did not take place last night: Atlanta Hawks / Phoenix Suns, Orlando Magic / Boston Celtics as well as Utah Jazz / Washington Wizards bringing the number of games postponed for the moment to 7. Two more are already planned: Washington Wizard / Detroit Pistons and Golden State Warriors / Phoenix Suns on January 15, 2021. The NBA recently imposed a tightening of its health protocol, to see if this is enough to keep the meetings in good conditions.

The return of Kristaps Porzingis was the event of this clash against Charlotte. First game of the season for him, the Latvian will play only 21 minutes but will register 16 points and 4 rebounds. He seemed comfortable and fit on the pitch, hoping it would last. Unable to contain Luka Doncic nearing the triple double (34 points, 13 rebounds and 9 assists), the Hornets have been chasing after the score all along. Significantly in the first quarter (32-16), they never managed to close the gap. Tim Hardaway Jr brings 18 points, 3 rebounds and 2 significant assists. The franchise of Michael Jordan, despite a distributed scoring, was indiscipline in defense and overall awkward (38% on shots and 26% three points). Faced with Luka’s genius, this is not forgiving.

Twentieth triple double in career for Giannis Antetokounmpo (22 points, 10 rebounds, 10 assists). The Bucks mastered the meeting by never being worried. Leaving a few points to slip away at the end, they dominated during the entire meeting with a Jrue Holiday productive: 21 points, 6 rebounds and 5 assists. The Pistons, however, did not deserve with a good Jerami Grant (22 points) and Sviatoslav Mykhailiuk (18 points). Blake Griffin On the other hand, achieved a rather mediocre performance (12 points, 7 rebounds and 6 assists for 32 minutes of play).

It is with a mess that the Nets meet the Knicks. Deprived of Caris Levert and of Jarrett Allen, the 5 major must adapt. After a hesitant first quarter, Brooklyn finds its rhythm guided by Kevin Durant (26 points et 6 passes). DeAndre Jordan produced where we expect: on the rebound and a little scoring (9 points and 12 rebounds), Bruce Brown achieves an excellent double-double (15 points and 14 rebounds), finally Joe Harris (15 points) and Jeff Green (11 points) also contributed effectively. The Nets were able to find the adjustments and curb the onslaught of Julius Randle (30 points, 7 rebounds and 5 assists) who clearly carried his own. Behind, the godson of Steve Nash, RJ Barrett shoulder his teammate with 20 points, 5 rebounds and 3 assists. Out of the bench, the rookie Immanuel Quickley stood out with 19 points in 22 minutes.

29 points away at the end of the clock between the Lakers and the Thunder. From the start, Los Angeles wins and continues to take off. The third quarter will finish OKC with a score of 35-25. Lebron James in his standards with 26 points, 6 rebounds and 7 assists. Behind him Anthony Davis presents 18 points and 7 rebounds without forcing. Dennis Schrder and Montrezl Harrel are not left out, respectively 14 points, 5 rebounds, 5 assists and 21 points, 6 rebounds. Very skilful (49% shoots and 45% 3 points), the Lakers have left the Oklahoma franchise no reprieve, Shai Gilgeous-Alexander which ends with just 17 points.

The Grizzlies are holding out in the absence of Ja Morant. Elbow elbow, Memphis will finally make the difference in the last quarter and win. Karl Anthony-Towns (25 points and 14 rebounds) on the bench, the Grizzlies took the opportunity to make a 14-0 run and take the lead. Under the instigation of Brandon Clarke (19 points, 9 rebounds), Grayson Allen (20 points) and Jonas Valenciunas (24 points and 16 rebounds), they create the surprise. The 28 and 25 points of Malik Beasley and D’Angelo Russell will not be enough and will remain a blow to the water.

55 points for the duo Leonard/George It front of Pelicans. Complete performance of the two swing-mans who dominate this meeting against the young people of New Orleans. With a run notably under the impetus of Paul George in the second quarter time of 33-15 the Plicans are passed and will not be able to catch up. Zion Williamson list injured shortly before the game, hopes were low enough for the Brandon Ingram (22 points, 6 rebounds). Taking advantage of this absence to shine, the sophomore Nickeil Alexander-Walker scored 37 points and 8 rebounds.

Surprised at the start of play (43-33) by the Kings, the Blazers quickly corrected the shot and returned to the game. Staying tight, Portland had to rely on a Damian Lillard gala (40 points and 13 assists) to win. Clutch at the end of the game, he was able to give his team a sufficient lead with complicated lays-ups. Nice performance nonetheless collective with 28 points of CJ McCollum which continues its very good start to the season, Jusuf Nurkic (18 points, 12 rebounds) as well as Gary Trent Jr (16 points) and Robert Covington (12 points). Similarly with the Kings: besides De’Aaron Fox (29 points, 6 rebonds, 6 passes), Buddy Loved answered now (26 points, 6 rebounds and 5 assists). The same for Tyrese Haliburton (17 points, 5 rebounds and 9 assists), Richaun Holmes (17 points, 9 rebounds and 6 assists), as well as Marvin Bagley and Harrisson Barnes, both with 11 points and 6 rebounds.

Benz-Mick opened up for the first time. After having a shocking third child, Prem was severely defeated by another 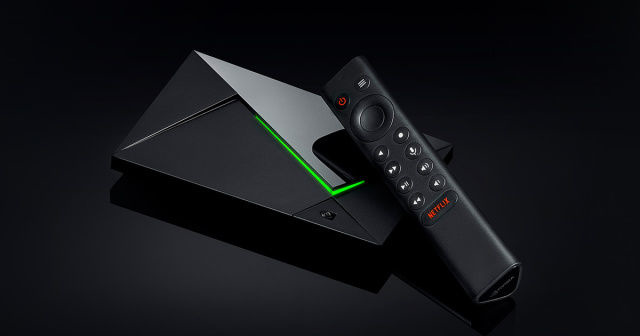 The government said about the Gojek-Tokopedia merger issue

a shortfall of almost 1.5 billion euros

Trout teaches us more about our microbiota

BIATHLON ONLINE: Czech biathletes draw an unexpected ace at the start of the relay

PSG starts the new season with a failure

David Beckham surprises by “getting old” to the age of 70

Grey’s Anatomy season 17: Actress Ellen Pompeo thanks all the fans

Mixed reactions from the Arab world to Biden, what does he want with the region?