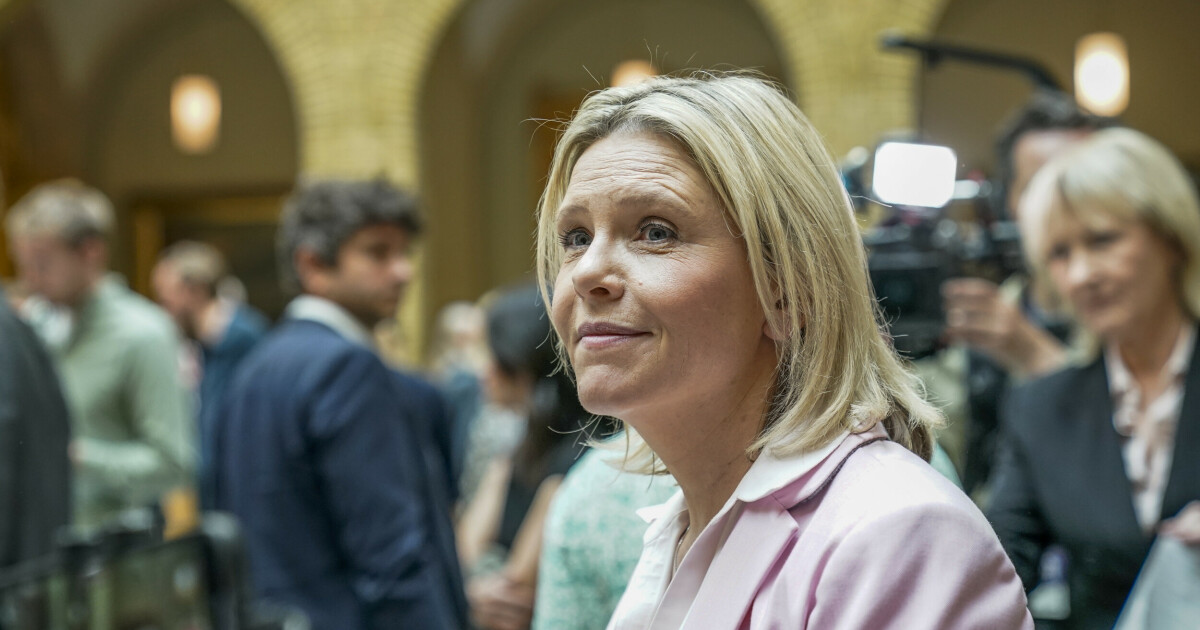 
Sirkus Strømpris is a modern circus, that is woke. Thus it has no animals, only humans. But will it hit the road?

Or the Norwegian Food Safety Authority intervenes – despite the fact that the herd is animal-free.

Because there’s a lot of strange things here.

To avoid the circus Jonas Gahr Støre had summoned NHO and LO to a meeting at the Prime Minister’s office this Monday. It was clear in advance that the Conservatives would no longer support the circus – that is, to call the Storting to an extraordinary meeting about electricity prices.

The government had now launched measures which the Conservatives were satisfied with, and which it was not necessary to have a meeting at the Storting to implement.

Measures that went a long way in responding to the challenges Norway is now facing.

In addition, the Ap/Sp government would introduce a minimum target for water filling in the reservoirs, where restrictions on exports may become relevant if the levels fall below this.

In other words, measures that both manage financial risk for people and businesses, and security of supply.

And, not least, measures which, with the support of the Conservative Party, have a majority in the Storting.

Some still wanted to have a circus at the Storting. FRP was out at lightning speed on Monday. Not primarily with attacks on the government, but on the Right.

The FRP has long been looking for its old government partner in this case. Now the Conservative Party had refused them a round in the manege by saying they were satisfied with the government’s handling.

Now they were really going to feel the sting.

Listhaug opened fire in a press release on Monday: the Conservative Party had now “presented some crumbs to people and vague formulations about electricity support for businesses and suddenly they turn around”.

FRP must have a strange relation to bread food. The electricity subsidy for households that had already been adopted costs NOK 22 billion this year. That was before it was further reinforced. In addition, there will be an electricity support scheme for the companies where no one yet knows the cost.

A normal room for maneuver in the state budget in the next few years – i.e. what a government can increase the costs by in addition to those already there – is approximately NOK four billion.

22 billion is already an overflowing dish of buns. What the government has served up in terms of measures against electricity prices in recent days means that it will have to carry out even more barrels in addition.

The power crisis is real. It affects both people and businesses, and it poses a real danger for electricity rationing this winter. A new reality is knocking on the door after the war in Ukraine, with high bills.

Then the solutions must also be in contact with reality.

There is a shortage of electricity, the price is likely to be high for a long time. The power support may have to last a long time, and it should preferably not raise the temperature in the economy so that it boils over, with even more galloping inflation and interest rates.

It is also real shortage of energy in Europe. The FRP’s answer to this for Norway is to build more gas power plants. It is the party’s answer to the need for more power, because the party is chronically opposed to wind power.

The FRP would therefore prefer us to use the gas that Europe is completely dependent on in order not to freeze to ice in the winter, should Putin decide to turn off the tap for good.

Some want solutions. Some people are a bit slow to find them. Others want a circus. It is important to distinguish between them.