Britain mourns the death of the legendary champion. He also drank 62 beers a day and weighed 200 kilos 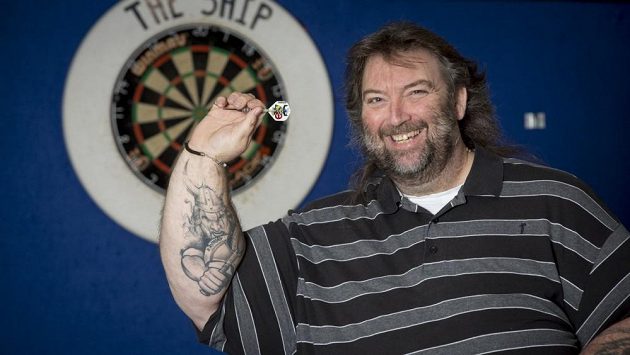 The Viking, as the legend was nicknamed, suffered from a number of health problems. He had previously admitted that at one stage of his life he drank 25 beers a day and weighed almost 200 kilos.

A native of Bristol, he contracted coronavirus in January this year and already confided that he was very afraid of death.

“It’s the scariest thing I’ve ever faced. What I’m most afraid of is that one day I wake up, I won’t be able to breathe and I’ll be parked somewhere in the back of the ambulance without being able to see my wife, the children. I wonder what I will lose if the virus beats me. Maybe I won’t see my grandchildren grow up. I hope and pray for me to get out of this, “he shared his feelings in an interview with The Sun.

Former BDO world darts champion Andy Fordham has died at the age of 59.

‘The Viking’ won the tournament at the Lakeside 17 years ago, after four previous semi-final defeats.

According to British media, Fordham died Thursday near his wife Jenny.

Viking started his last professional match in 2018 at the World Masters. He was hospitalized two years later for intestinal problems.

Andy Fordham’s first 3 darts back on the big stage at the 2015 Grand Slam, resulted in him hitting a 180!

But the terrible way of life was simply an integral part of his personality. Doctors’ threats that they were destroying their health by drinking excessively did not work.

He himself confided that he drank 62 beers while celebrating the first anniversary of his wedding. Three years later, he announced that he had finished drinking beer. He switched to wine by consuming six bottles a day.

He didn’t worry much about the menu either. “I realize in retrospect that I was probably an alcoholic. I couldn’t stop it. I thought I was in control. But it was not true, “he said earlier in an interview with the Daily Mail.

Devastating news. Andy Fordham was a darting legend, and a true gentleman of the game.

It is said that alcohol helped him concentrate on sports performance. He did not tolerate psychological training with an expert or relaxation music. “Before the match, I relaxed with 25 bottles of beer and six pieces of steak n ‘kidney pie (traditional English meat pie with beef and kidneys drizzled with beer),” he revealed his recipe for success in 2005 in an interview with the Daily Telegraph.

“I remember my first world championship. Before the first match, I was terribly drunk. And the worst thing that could have happened to me was that it worked, “he explained the beginnings of his bad habits, which became his curse.

The first crew, composed only of civilians, headed into space. And for three days