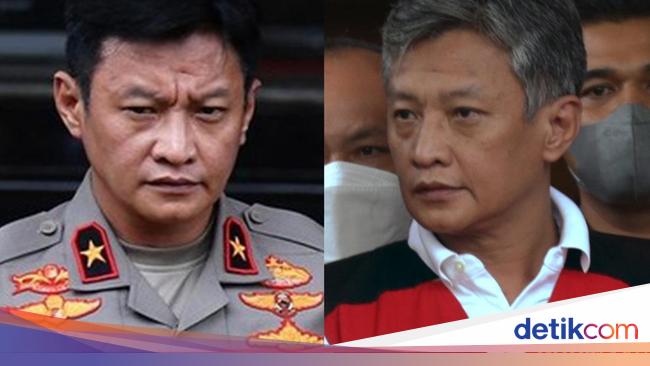 The Directorate of Corruption Offenses (Dittipidkor) of the National Police Criminal Investigation Agency asked Brigadier General (Brigjen) Pol for information. Hendra Kurniawan regarding the use of private jets. It is suspected that there has been a criminal act of corruption in the use of the aircraft.

The Director of Corruption Crimes at the Indonesian National Police Brigadier General Cahyono Wibowo said the investigation was conducted on Friday (7/10).

“BJP HK has made a clarification or a request for information in the investigation regarding allegations of bribery in the use of private jets,” Cahyono said, as reported by Antara on Sunday (9/10/2022).

The examination was carried out at the Headquarters of the Mobile Brigade, where the former Head of the Internal Security Office (Paminal) of the Propam Division of the National Police was detained on suspicion of obstructing investigations or obstructing justice. in the killing of Brigadi J.

Moreover Brigadier Hendra, the police also asked other parties for information. However, Cahyo did not mention who the other party was.

Cahyono said the progress of the investigation into the use of private jets by Police Brigadier General Hendra Kurniawan will be officially announced on Monday (10/10).

Earlier on Friday (30/9), the National Police Chief, General Listyo Sigit Prabowo, said that the Propam National Police together with the Dittipikor Bareskrim conducted an investigation into the use of private jets by high Polri officers. The plane would have been used by Brigadier General Hendra to meet the family of Brigadier J or Joshua Hutabarat after the murder of Brigadier J.

An investigation to trace the origin of the money used to pay for the private jet.

“We are looking into whether and where the money to pay for the private jet came from. We will disclose the inspections offered to the PT operator, the operator and the PT conducting the lease afterwards,” Sigit said.

Also check out “The moment when the prosecutor opens Brigadier Hendra’s mask when it is shown to the public”: