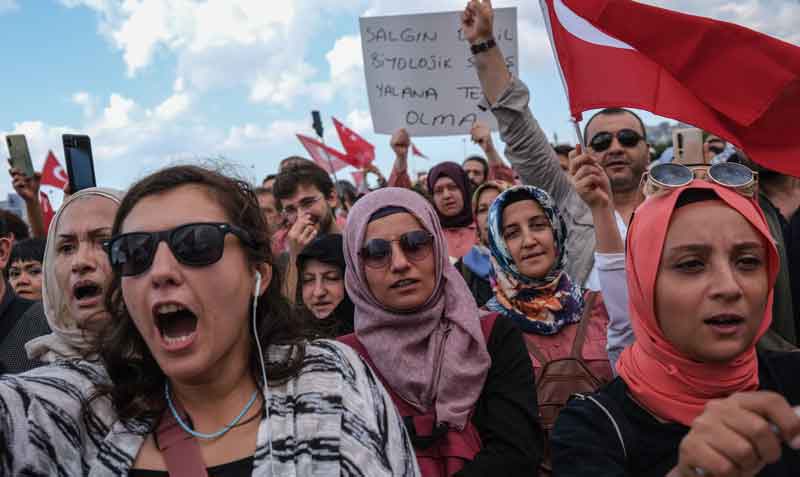 On September 11, 2021, some twenty thousand people showed their skepticism about the pandemic of the coronavirus and criticized the vaccines, when in Turkey It is concerned that even half the population has not yet been immunized.

The meeting, called “The great awakening”, took place on a esplanade surrounded by a fence and with great presence policeman, which required attendees the use of masks and respect the social distance, although once inside the area no assistant wore it.

According to a ordinance of the Government it is mandatory to present a negative PCR test to attend this type of event in the case of not being vaccinated. However, neither the organization of the meeting nor the police asked the attendees for any proof, according to Efe.

The meeting was organized by the Anatolian Union Party, an Islamist formation without parliamentary representation.

The assistants waved turkish flags and they raised banners with the messages “Get your hands out of our children”, “We will resist against the vaccine” and “We are not guinea pigs”, among others.

Abdurrahman Dilipak, a columnist known for his pro-government positions and one of the organizers of the event, was the first to appear on stage to declare his fight against “global powers” and called for the closure of the office of the World Health Organization (WHO) in Turkey.

“We have been prevented from visiting family and friends. They told us not to shake hands with anyone or hug. Take the hand of the person next to you. We will break this game of restrictions“, he pointed.

Meanwhile, the crowd cried out for the resignation of the Minister of Health, Fahrettin Koca, and was critical of the government’s new restrictions on avoid contagion in educational centers, such as requiring a negative PCR test for those who are not vaccinated.

“The vaccine It is not mandatory but if they require a test from our children, they make it mandatory. If they don’t remove this measure, I plan to take my children out of school, ”one of the attendees told Efe Burcu Pekmez.

The meeting has generated critics al government by the Turkish Medical Association (TTB) and opposition parties, which have disputed that the authorities allow a protest of this type, while in the last year dozens of demonstrations have been banned on the grounds of “avoiding coronavirus infections.”

“The Government does not adopt a consistent stance towards anti-vaccine groups so as not to lose votes, ”the president of the TTB, Sebnem Korur Financi, told Turkish media.

“The coronavirus epidemic is a public health problem. We all have a social responsibility to protect each other, ”he added.

The protest coincides with a public debate about the slowness of process from vaccination on Turkey, with 48% of the population immunized with the two guidelines, due to the reluctance of many citizens to get vaccinated.

Despite the fact that the authorities have opened the vaccination process to 12-year-olds and they can choose between the German Pfizer and the china Sinovac, about 18 million people who could be immunized have not yet been vaccinated.

El CoScientific Committee of Turkey, an advisory body of the Government, attributes it to “rumors about the vaccines” that generate distrust among the population.

“Conflicting data on the effectiveness of some vaccines they could have influenced the decrease in their confidence. While the young population falsely believe that you will not be affected by the coronavirus if it is contagious, ”Alper Sener, a member of the Committee, said recently.

Since last August the Government has been carrying out a campaign of mobile vaccination with buses that run through the provinces and neighborhoods with the lowest vaccination rate to inform the population and facilitate the immunization process.

For two months the number from contagion remains stable at 20,000 daily cases, while the number of deceased it has been increasing to 200 deaths a day. 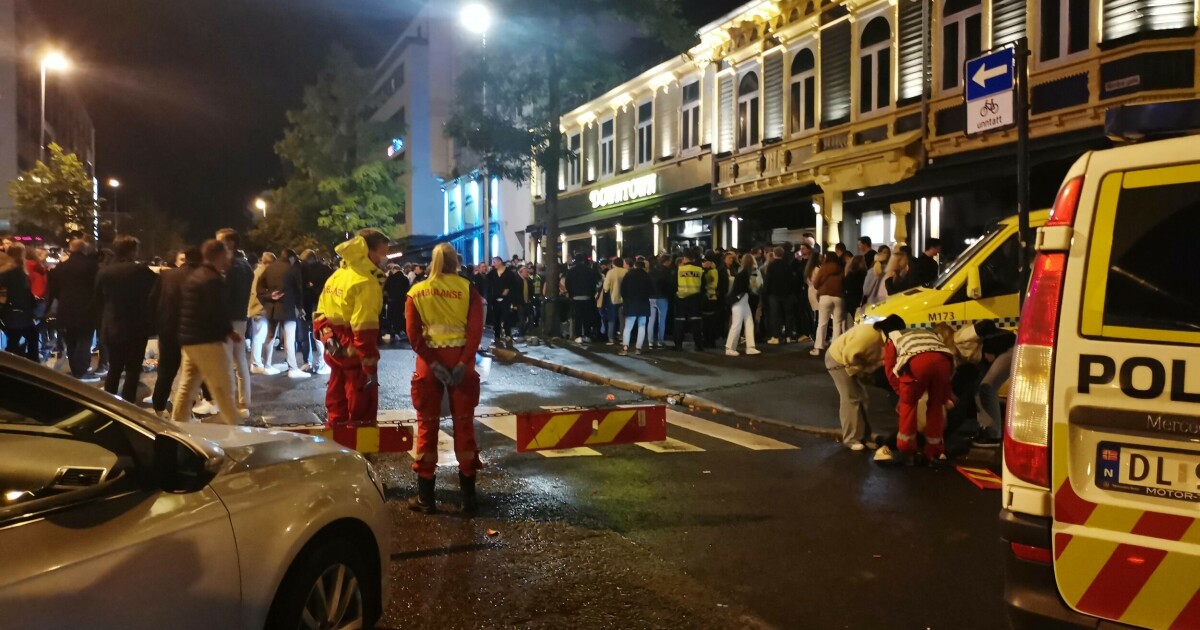