When the German Empire turned one hundred years old in January 1971, of all things, a Social Democrat was the West German head of state for the first time. Federal President Gustav Heinemann was not in the mood for celebrations. Remembrance days come “uncalled”, he said at the time.

The 150th birthday of the Bismarck Reich must be remembered again by someone who comes from the Social Democrats. Frank-Walter Steinmeier quotes his predecessor and makes it clear that he shares the unease of that time – and is far from drawing the one line back to the present that Heinemann could not draw in a divided Germany. As it was 150 years ago, Germany is reunited. But a positive reference to the monarchical-illiberal empire brought about by Prussia and founded on “iron and blood” by the Iron Chancellor Otto von Bismarck is also forbidden for the German republic of 1990: “A clear view of the empire,” Steinmeier says of his There are no guests at Bellevue Palace, “past genocide, two world wars and a republic destroyed by its enemies. There cannot be.”

The guests are four prominent historians with special expertise in the era of Wilhelminism and its consequences to this day: Hélène Miard-Delacroix, professor of contemporary German history at the Sorbonne in Paris and expert on German, which was constructed 150 years ago but was long-lasting – French “hereditary enmity”, Christina Morina, contemporary historian at Bielefeld University and specialist in cultures of remembrance, and the Marburg contemporary historian Eckart Conze. The Australian expert on Germany, Christopher Clark, is connected digitally from Cambridge. His book “Die Schlafwandler” about the prehistory of the First World War was received quite critically a few years ago and read as an attempt to trim down the German part of the First World War – which, as Steinmeier notes, caused him anger from the right in his adopted British home and from Germany entered on the left. In Steinmeier’s group, too, Clark is visibly pleased to be the relativiser of the Wilhelmine monster, for whom the will to “win over external enemies is inscribed in the DNA” and for whom actual or supposed internal enemies were vital (Conze).

So he contradicts the colleague who called the empire a “miscarriage”. The “gynecological metaphor” also means that there are normal births of nation states, replied Sir Christopher, referring to Italy’s becoming a state: “No nation is born normally. These are always very violent processes.”

For him, as for the others in the discussion group in the castle, there was no doubt about the overall devastating judgment that Steinmeier in gave a highly informed welcome speech: A nation-state, born of three wars, the decisive last against its closest neighbor France, a military state that up until its inglorious end in 1918 received and fed the army as a state within the state, undemocratic, authoritarian and constantly busy with it to identify internal and external enemies and sometimes brutally fight them.

A state founded on hatred of its neighbors

The first was the defeated France, to whose final humiliation founding father Bismarck had his Prussian Germany proclaimed on January 18, 1871 in the Hall of Mirrors of Versailles Palace, the work of the Sun King Louis XIV The coincidence of the founding of an empire and the humiliation of the neighbor with whom one wants to live together was an original sin, “says Helene Miard-Delacroix. This is where the seeds of revanchism are laid, a war that will last. “And that was supported by both companies.” Despite universal male suffrage, democracy was never really allowed in Wilhelmine Germany – or and only in homeopathic doses if the authorities considered it “opportune or harmless” (Morina). In short: a Germany with democratic and liberal aspirations cannot refer positively to such a predecessor.

The four in the castle and the gentleman on the screen nevertheless paid tribute to the achievements of the almost fifty years between Versailles and Compiègne – with the armistice in a railroad car in the forest in northern France ended in 1918, which had started almost 48 years earlier in Versailles. And what Christina Morina recalled came true, the prophecy of the Social Democrats: what was fought for with the saber would perish with the saber.

On the plus side of those years there was a stormy development of economy, industry and research, the then exemplary progressive general – male – suffrage, the beginnings of social legislation and administrative jurisdiction. By 1890, the empire had overtaken Great Britain as the world‘s largest industrial state, at times a third of all Nobel prizes went to Germany. A civil society that was excluded from real political power, but politically highly active, not only defied Bismarck’s persecution, but sometimes turned it into its opposite. The women’s movement is forming, the social democrats hated by Bismarck and their faction in the Reichstag “grow and grow and grow”, the Kulturkampf, which ultimately brought around half of the Catholic German episcopate to prison, creates a “solid Catholic bloc”, the Center Party, and “turns Catholics into politicians” (Clark). He does not want to “pour rose oil on the empire” when he points out “with what inventiveness, what energy”, despite the oppression, the Social Democrats and the Polish minority, who was also hated by Bismarck, organized themselves across Germany.

But that is “not the balance sheet of the empire”, says Eckart Conze and happened “not because of, but in spite of” the Wilhelmine system, according to Christina Morina. “The few, limited rooms were used by citizens, mostly men, with a great willingness to take responsibility. But that wasn’t part of the system, “she says. Rather, this system has damaged the social fabric as a whole because it “does not “This society is insecure, excitable, nervous internally as well.” Germany’s stormy upswing also produced many losers from modernization and supporters for the thesis that the large, strong country is unsuitably weak in terms of foreign policy. You need a colonial empire, a “place in the (African) sun “, as Wilhelm II put it.

“A more intensive discussion about the empire would do us good”

That made the public more and more bellicose, so Morina: “The discussion became more and more sophisticated and racist, there was more and more anti-Semitism.” Steinmeier had previously reminded of the formal equality of Jewish Germans. One could have added: Even during the German Empire, racism resulted in a genocide that preceded the Holocaust – that of the Herero and Nama in what was then German South West Africa. Steinmeier had only spoken of genocide in his welcoming address.

The question that remains to be asked of history is: what can be learned from it? Steinmeier made this point very strong, even sharpening his original speech on him. “To question this epoch again today” is worthwhile now. Even then, modernization and rapid change caused uncertainty, “which fueled nationalism and populism”. And as far as world politics is concerned, the former Foreign Minister Steinmeier asks himself whether it is not also threatened with “a relapse into national egoism and brutal power politics, one of the kind” that once led to the First World War? “And is not the rise of the Global military and economic power similar to that of China today?

In the discussion, moderator Steinmeier does not ask openly about it; the answers are implicit, they come from the two Germans in the group. As a researcher, Morina has also dealt with the effect of nationalist-violent set pieces from modern German history on German today. Eckart Conze, without naming them, calls up the ongoing and increasingly louder debate about racism and diversity when he reminds us of the Wilhelmine fantasy of a homogeneous state. Jews and Catholics were disturbing there as well as Poles and Social Democrats. And at the same time they were urgently needed to stabilize the basically fragile “illiberal power state founded from above”. In the fight against the common enemy images one could become one.

Host Steinmeier wishes, more aggressively than his predecessor Heinemann, for this jubilee year without cheers, “that we would have a somewhat more intensive discussion about these years between 1871 and 1918”. At the end, he says, “It would do us good to see this story as part of our history, not in order to appropriate it for us – like those who wrapped themselves in the imperial war flags – but for the confrontation with” freedom, democracy, the rule of law, which were not given in the empire. ” It is precisely the challenges of liberal democracy today that make it necessary to talk about it. “A universal right to vote alone does not make democracy,” the Federal President said at the beginning of the event. On the contrary: if there is no real participation by parliament and society, “the mere regular exercise of the right to vote can also support an authoritarian regime”. 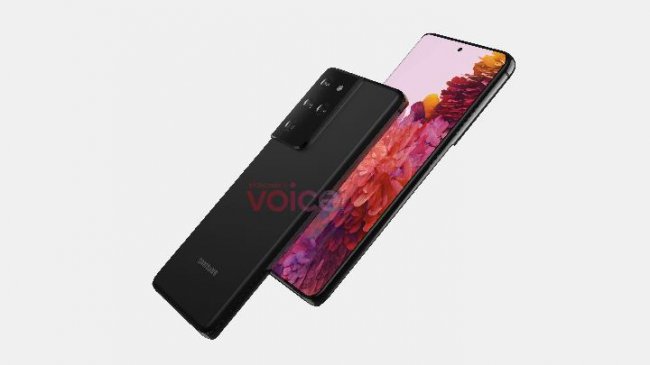 The Wanting Mare: a breathtaking trailer for the sci-fi movie

Video: 5 minutes in advance of the first episode of the Michael Jordan series 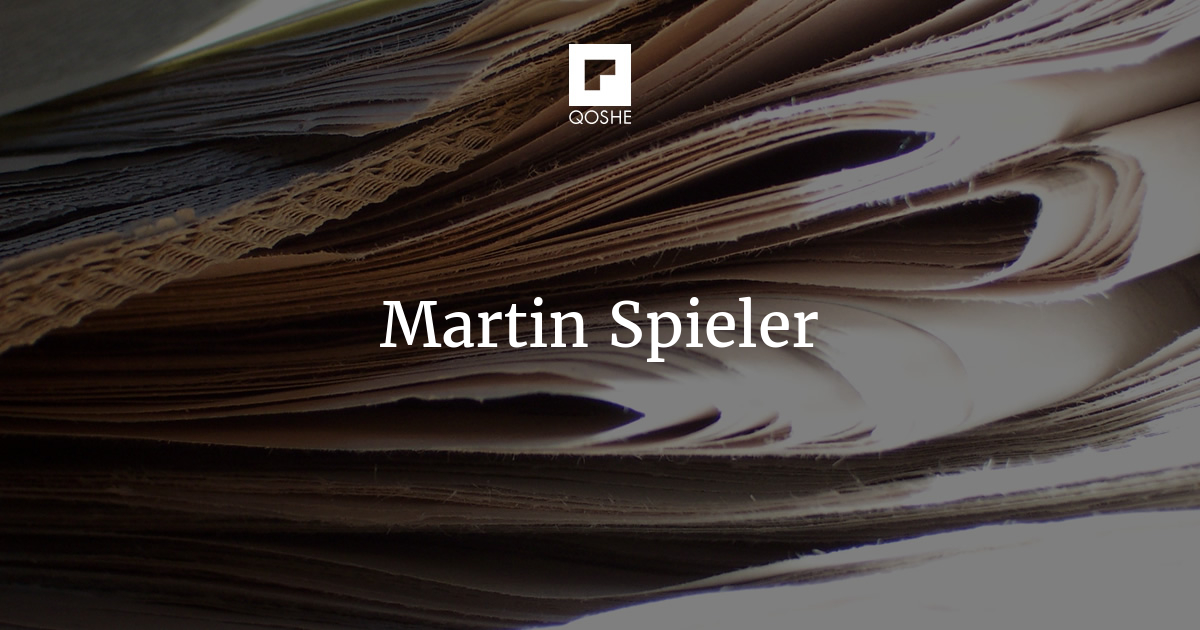