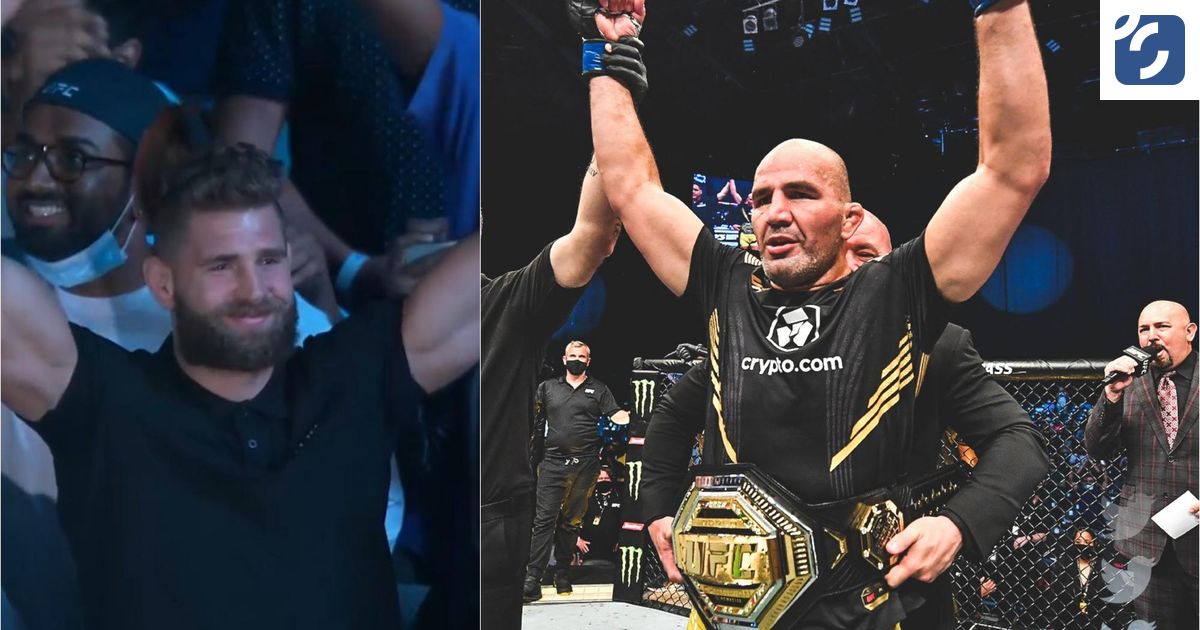 
Surprisingly, Glover Teixeira won the UFC semi-heavyweight title at the age of 42. He forced Jan Blachowicz to knock out at UFC 267 in Abu Dhabi at 3:02 in the second round.

In the opening minute, Teixeira was given a chance to change things around. After a sleepy start in the 2nd round, Blachowicz twice missed an attempt to takedown, but after two minutes he collected a hard left on his chin and staggered for a while.

He tried to counter, but the challenger got him under himself again and this time in a more advantageous position. He used the rear naked choke technique to knock the Pole off.

The Brazilian has a balance of 33-7, he recorded the sixth victory in a row. He won the title on the second try, in April 2014 he lost the points to Jon Jones. He became the second oldest champion after Randy Coutur (heavyweight at the age of 45 years and 4 months).

“Never give up on dreams. Don’t listen to negative people, they will try to knock you to the ground. I am 42 years old, breaking the rules. And I will continue to violate them, “said Teixeira in response to the role of outsider.

“I left the legendary Polish power in the hotel room,” said Blachowicz, disappointed. He suffered only a second loss from the last 11 matches (28-9 in total).

The duel was closely watched by Jiří Procházka, the number two leaderboard. The Czech was an official substitute in case one of the fighters could not join. Teixeira said in a post-match interview that Procházka is next in line and the fight could take place in May next year.

Jan with a temporary title, the champion was called a clown

The main prelude to the temporary bantamweight title brought a beautiful technical struggle. Petr Jan (16-2) won all points referees in 4 of 5 rounds. Cory Sandhagen (14-4) seemed to surprise him at the beginning, but the Russian gradually found the distance and the recipe for the American. Jan’s blows had a greater impact, in the last three rounds he was not far from the end.

The Russian returned to the winning streak after losing his title in March when he kicked Jamaican Alyamain Sterling kneeling on the ground against the rules.

The first champion, who won the title by disqualifying an opponent, resigned from the originally planned retaliation against Jan due to a back injury. The Russian claims that Sterling is artificially stretching its days on the throne of bantam scales. And he still thinks he simulated complications after an illegal knee from the first match.

He called the Jamaican in a post-match interview a clown and did not rule out the possibility of fighting against former champions TJ Dillashaw.

Machachev questioned the fight for the title

Chabiba Nurmagomed’s protégé Islam Machachev (21-1) dominates the lightweight, following the example of the teacher. Since October 2015, he has credited his ninth triumph in a row, taking Dana Hookra (21-11) to a Dagestan nursery fighting on the ground.

Machachev won the kimura before the middle of the 1st round. Immediately after the scalp of the sixth, the top five of the ranking asked UFC boss Dan Whit a chance for the title. Hooker paid the price, among other things, for accepting the match only a month after the previous duel.

Return of Chimayev. He received 2 strikes in 4 duels

Last year’s sensation Chamzat Chimayev (10-0) returned after ending his career for a moment due to coronavirus-related complications in March. Last year, when he entered the UFC, he won three times in 66 days!

A Chechen native representing Sweden enjoyed the start and performed a spectacular show. Li Jing-liang (18-7) lifted himself into the air right at the beginning and shouted to the escalating Dan Whit to watch.

After a dominant performance, he equipped the Chinese in three and a quarter minutes, he won with the rear naked choke technique. As in the previous two duels, he did not receive a punch, collecting only two hits during his UFC debut from John Phillips. The nascent big star asked anyone in the Velter Division. After the clear scalp of the 11th man of the ranking, this may be the next big name.

Oezdemir did not knock off the Walk

Volkan Oezdemir (17-6), a former title challenger of Daniel Cormier in the semi-heavyweight, did not knock out of last year’s loss to Procházka. At the same place in Abu Dhabi after a year and a quarter in a tactical duel was clearly not enough even for Magomed Ankalayev (16-1).

The Dagestan warrior always hit an extra punch in exchanges, he was tougher and more accurate. He knocked down a Swiss in the 1st round, in the 2nd round he caused him a big laceration over his left eye. Oezdemir gradually lost his self-confidence, he did not embark on the offensive. And if so, Ankalayev punished him severely.

The native of Machačkala won unanimously for points. After losing to Paul Craig in the first UFC match, they won seven times in a row. The division seven defeated the eight.

The defeat of Attila Végh in the M-1 before his UFC debut Alexander Volkov (34-9) defeated Marcin Tybur (22-7) in a tactically led duel. The more than two-meter-long Russian returned to the winning wave after losing in June to points with the holder of the temporary heavyweight title, Ciryl Gan.

For a change, the Polish conqueror Viktor Pest in the UFC lost a series of five victories in a row. Eight of the rankings was not enough for five.