This is the horror of the impact of the US dollar breaking through Rp. 15,000 to your life 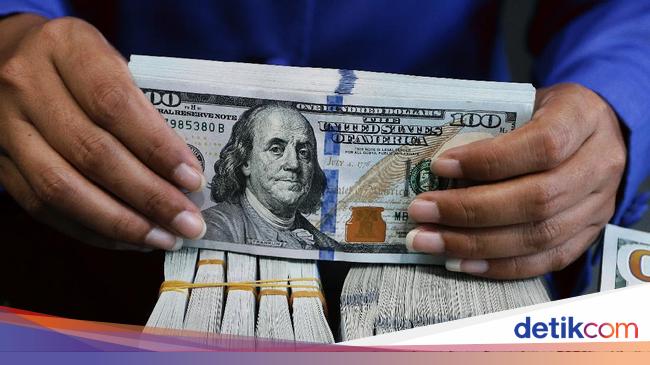 The rupiah exchange rate against the United States (US) dollar has been depressed in recent times until it touched the level of Rp. 15,000. Exchange rate strengthening dollar AS against the rupiah will have an impact on people’s daily lives.

Director of Political Economy & Policy Studies (PEPS), Anthony Budiawan said that the strengthening of the US dollar will have an impact on all prices of imported goods, both finished goods, semi-finished goods, and raw materials because producers have to spend more.

“Imported goods will definitely be more expensive, such as staples and imported food, namely sugar, wheat, garlic, soybeans, and others,” said Anthony when contacted, Sunday (10/7/2022).

Similarly, Director of the Center of Economic and Law Studies (CELIOS) Bhima Yudhistira said: dollar AS which continues to strengthen against the rupiah has an impact on the cost of imported raw materials for food to energy. This of course sooner or later will have an impact on consumers as well.

“So far imported inflation not yet felt because producers are still holding prices at the consumer level. When the burden of import costs has increased significantly due to the difference in the exchange rate, the impact will also be on consumers. Starting from wheat-derived products such as instant noodles, garlic, soybeans, corn, the cost of imports rose sharply,” he said.

In addition, the burden of external debt (ULN) of the private sector will increase because most of the income is in rupiah, while interest and principal installments are in foreign currency. This certainly affects the performance of companies that can terminate employment (PHK).

“Situation currency missmatch will encourage the private sector to do various ways, one of which is operational efficiency, aka layoffs or cutting employee salaries. Imagine rising inflation, the cost of living is getting heavier but job opportunities are limited,” he said.

The weakening of the rupiah exchange rate also accelerated the increase in the benchmark interest rate which could have an impact on corporate business actors, MSMEs, and consumers. This makes mortgage installments (KPR) houses to vehicles more expensive.

“Many millennials delay buying houses if interest rates rise too high. Building materials such as ceramics, steel, glass have increased due to the weakening of the rupiah plus floating rate interest rates are increasingly unaffordable,” he explained.

A series of prices of goods that rise when the US dollar strengthens. Check the next page.