The battle for Bachmut is now over, Ukraine wants to avoid a stalemate 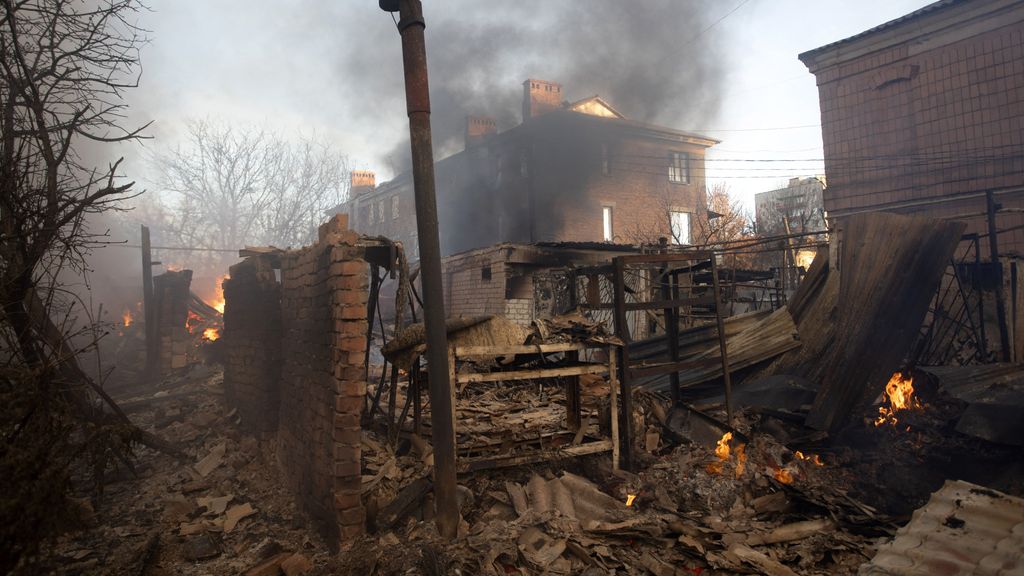 On a map, the front in eastern Ukraine looks frozen: Neither Ukraine nor Russia has been able to make major territorial gains for months on a roughly 200-kilometer line between Donetsk and Severodonetsk. But that doesn’t mean the battle is over. Particularly around the town of Bachmoet, a fierce battle takes place, taking a heavy toll on both sides.

Since the summer, the Russians have been trying to take the regional city, but to no avail. In recent days, Russia appears to be gaining some small chunks of ground, but there are still no signs that the city is about to fall, says George Dimitriu, a researcher at the Clingendael Institute. Both Russia and Ukraine appear to be sending additional troops to the front at Bachmut.

The result is heavy devastation, as can be seen from the pictures. The surroundings of Bachmoet have turned into a lunar landscape:

Bachmoet, a city in the crossfire of war in eastern Ukraine

“It surprises all analysts that Russia is so eager to take this city,” says Frans Osinga, a professor of war studies at Leiden University. The strategic value of this city, famous above all for its sparkling wines and salt mines, is small. Initially, Bachmut was important for the encirclement of the larger cities of Kramatorsk and Slovyansk, but since the Ukrainian liberation of the Kharkiv region, that encirclement is no longer feasible.

“Bachmoth” has become primarily a matter of prestige for Russians, adds Dimitriu. “It’s the only place where Russia is on the offensive. The Wagner paramilitary group also plays here an important roleand Wagner’s boss Prigozhin he wants to demonstrate that he can achieve military success”.

Even Ukraine doesn’t hesitate to cede the city to the Russians, thinks Osinga. “You can’t sell it politically, because Kiev knows what happens to civilians in the occupied territories.”

As a result, the battle for Bachmut turns into a battle of attrition, which is primarily in Russia’s interest, because that country has more men to “consume.” “Russia is ready to exhaust Ukraine, so that the ammunition runs out and the support of the West crumbles,” explains Osinga. As soon as the front stops, the call for negotiations grows in the West. Ukraine wants to prevent this.

This war of attrition is taking place on two fronts, Osinga continues. “Besides the battle on the ground, one has to think about airstrikes on civilian targets, such as power grids. This forces Ukraine to choose where to deploy its air defenses: at the front or around cities. Once those air defenses are exhausted , Russia can regain air superiority and launch a coordinated attack.”

Of Americans expect a slower pace of fighting in Ukraine in the coming winter months, but this is disputed by analysts. The Ukrainian army also says it is determined to continue its recent liberation campaign. “They want to keep the momentum going and not give Russia a chance to gain strength,” defense expert Dimitriu said.

The Russian focus on Bachmut offers opportunities for Ukraine in this regard, because the logistics hubs and parts of the 800-kilometer long front line are less defended. Dimitriu: “Due to the frost, opportunities for offensive actions will present themselves as the terrain freezes and becomes more passable.”

It is speculation where such a new offensive could take place. North of Bachmut, Ukraine continues to put pressure on the Lugansk region, but there are also options in the south. For example, a counter-offensive south of Zaporizhia, in the direction of the Crimea, is being considered. In Kherson, a breakthrough could be forced by crossing the Dnieper River.

This weekend, a Ukrainian unit managed to reach the eastern bank and raise only one flag:

However, the question is whether Ukraine has enough people and resources for a new offensive, as well as the battle around Bachmut, says Dimitriu. For the moment Bachmoet calls for maximum effort, sees President Zelensky too. “Bachmoth is the toughest and most painful battle of the moment. We are doing everything we can to support our boy there.”