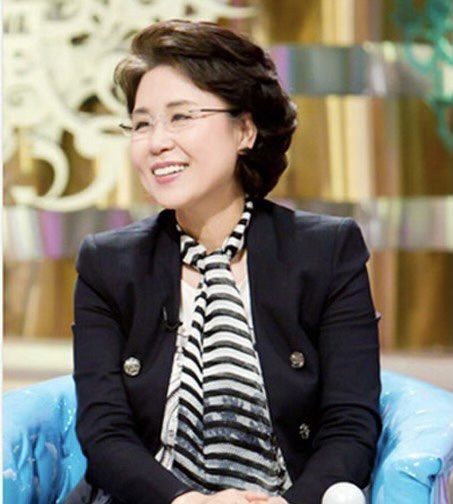 Shim Soo-bong, a singer who has been loved for over 40 years, making a number of hit songs such as’I don’t know except love’ and’Binari’, who debuted at the university music festival in 1978. She is the daughter of Shim Jae-deok, the older brother of the renowned Shim Mae-hyang in the 1920s, who received attention again after the discovery of the song’Red Rose’. The main portal says it was born in 1955, but he directly revealed that it was “actually born in 1951.” [사진 심수봉 측 제공]

“My family, so to speak, is a family that is famous for’Seopyeonje’ (a kind of pansori like Seopyeonje and Dongpyeonje) and has passed down music from generation to generation. Aunt Shim Mae-hyang passed away early, and I heard that her grandfather (Master Shim Jeong-soon) praised and proud of her talent. Maybe that kind of musical DNA was passed on to me.”

Simmae-hyang’s 1920s song’Red Roses’
“It’s creepy…sing like modern music”
From grandfather Shim Jeong-soon to the third generation album
“Music DNA inheritance, if you get a pill, write the song right away”

A legendary singer in the Korean traditional music industry Shim Mae-hyang (1907~1927) unearthed the only music album’Red Roses’ recorded in the 1920s.Regarding this, popular singer Shim Soo-bong said in a phone call with a reporter on the 12th. Shim is the daughter of Shim Mae-hyang’s older brother, Jae-deok Shim, a traditional music theorist. The main portal says he was born in 1955, but he directly revealed that he was born in 1951. Shim, who debuted at the University Song Festival in 1978 as’That Person’ and has been loved for 40 years with a number of hit songs such as’I don’t know except love’ and’Binari’, first listened to Shim Mae Hyang’s song on the 12th with the introduction of this magazine.

How about listening to’Red Roses’?

“It was a creepy old record. I can’t hear the lyrics, but at that time I already sang it like modern music. I think it was the music that Koreans performed at the time, regardless of whether it was traditional music or not. In fact, the musical scale of Western music and Korean traditional music must have been completely different, but I can feel the new music with’feel’ sung.”

It is the only music album left by the famous singer Shim Mae Hyang.

“I didn’t even know there was such a record. I could hardly listen to his Korean music album (because it was so rare). It will be rare in the world to have produced so many records in a family, starting with Shim Jeong-soon. My grandfather had two boys and two daughters, but my father (Shim Jae-deok) also passed away when I was a child, so I heard about Shim Mae-hyang’s aunt from the youngest Aunt Shim Hwa-young (1913~2009).”

According to Noh Jae-myeong (51), director of the Korean Traditional Music Museum, who discovered the album, Cheongsong Shim from Seosan, Chungcheongnam-do, who produced Shimmae-hyang, is one of the four hereditary examples of pansori in Korea. The family of Song Man-gap (1865-1939) and Kim Chang-ryong (金昌龍, 1872-1943), who were called the five famous spears of the modern era, and the family of Bang Man-chun in Haemi, Seosan, which belonged to another famous sergeant Bang Man-chun (formerly unknown). Shim Mae-hyang’s father, Shim Jeong-soon, succeeded in the generation of his father, Shim Palok, who was a master of flute and tongso, and was the first to sign a contract when a Japanese record company entered Korea in 1911 and left several records. Director Roh summarized, “The three generations, from the renowned Shim Jeong-soon to the granddaughter Shim Soo-bong, are a family with over 100 years of vocal music among our people.”

Did this family history serve as the background for music?

“Of course. I learned the piano since I was four or five years old, but later my mother said,’Your parents are famous for music, so if you didn’t do anything, it would be a big deal.’ He also said that when I was still wrapped in Gangbo, when I heard the song, I hit the beat with my toes (laughs). I was actually a refugee born in 1951, and my mother came down during the 1·4 retreat, but the age difference with my father was a lot. There are three older sisters who are half older to the father, and I heard about my father’s family from the older sisters. Aunt Shim Hwa-yeong, who lived until the age of 97, was excellent at pansori and gayageum, but somehow she was designated as an intangible cultural property in Chungnam Province (No. 27) as a seungmu.”

Shim Jae-hyang (1907~1927), a master of traditional Korean music, is from Cheongsong Shim, a family who produced a masterpiece of used pansori for generations. A photo of his father, Shim Jeong-soon (1873-1937), of a family gathered at the sixtieth birthday feast in 1933. The newly written person in the center had 2 boys and 2 girls with Shim Jeong-soon, in turn, Shim Jae-deok (pansori, gayageum master), Sim Jae-min (farming), Sim Mae-hyang, and Shim Hwa-young (traditional dance master). The far right is Shim Hwa-young, next to it is Shim Jae-deok (the father of popular singer Shim Su-bong), and the far left is Shim Jae-min. Shim Mae-hyang, who died young in 1927, is not in the photo. [사진 국악음반박물관]

The second from left is Shim Mae-hyang’s appearance at the age of 18 (1925). Few photos are passed down since he died young in 1927. From the left, the traditional Korean music of Chosun Lee, Maehyang Sim, Haeseon Kim, Seongjun Han, Seomhong Choi, Hwaseon Park. [사진 국악음반박물관]

Shim said that this family history “it seems to have been handed down to the DNA of my music.” Especially when writing a song, “I write a 3 minute song in 3 minutes. I’ve never thought about it. Once you get a’fill’, it’s a style that ends it as it is,” he said. “While writing lyrics carefully, music is like a gift from the sky.”

“Because I’m old, I’m going to put down everything I want to see well to the world and fulfill my remaining calling. I think a little more excitement should be revived amidst the excitement of our music. After all, music is a beauty that lifts up toward the sky, leaving the genre of trott and everything, and that is the greatness that comforts us.”

The evaluation of the Korean music science community is mixed over the release of the album’Red Roses’. Musician Junhee Lee (adjunct professor at Sunggonghoe University), who has studied the history of popular music, said, “Because I am a Korean classical music player, singing songs come and go, but the main characteristics of popular music are revealed in the early days. However, since the creator is not specified, the possibility that it is a traditional song cannot be ruled out.” Min Kyung-chan, a professor at the Korea National University of Arts (Conservatory of Music), who contrasted with the Japanese songbook in the 1920s, said, “It is not confirmed as a traditional song at the moment. If it were a creative song, Western music composers were very rare at the time, but what has not been revealed so far is a mystery.” He added, “The composer’s premature death or North Korea may be the reason.”

It is a more cautious response to Director Roh’s claim of’Creation Song No. 1′. Lee Young-mi, a popular music researcher, said, “Each researcher has different opinions about the standards of creative songs and the role of Koreans. In particular, the creator was not revealed, but the claim 1 is impatient.” Dankook University Professor Jang Yoo-jeong said, “It should be conducted in parallel with research on’memory’ and’Kimchi Kakdugi’ (above 1926), which have enough potential for creative songs, among other songs that Yun Shim-deok sang besides’Sarah’s praise.”