Is Austria’s sport on the verge of collapse due to the reorganization of gambling? – Sports mix 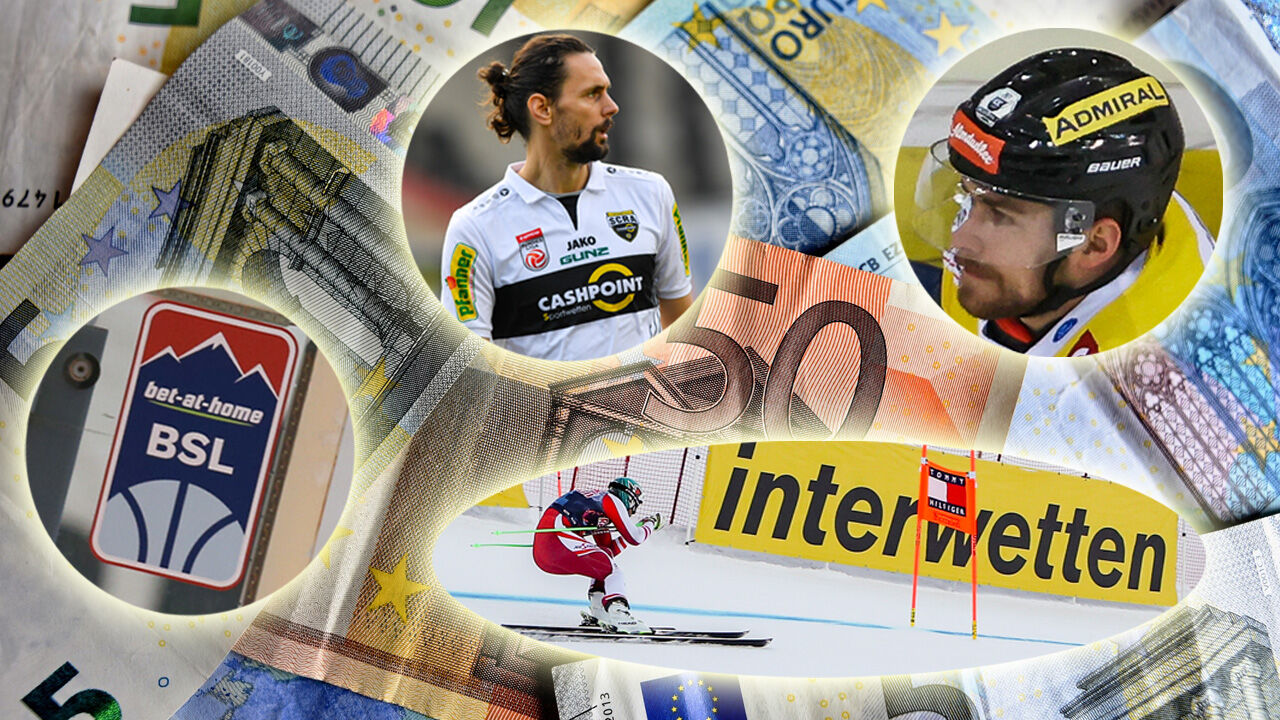 A draft law by the Austrian federal government, which is due to be examined at the end of April, is causing worry lines on the faces of local sports officials.

In autumn 2021, the so-called “reorganization of gaming” is to be adopted, which provides that online gaming companies that are not licensed in Austria will be withdrawn from circulation via DNS blocking. In other words: Users from Austria could no longer visit the affected providers, who are licensed in the EU.

This, coupled with a possible advertising ban that could come close to that for the tobacco industry, would mean further financial problems for the Austrian sports associations, leagues and clubs, which were hard hit by the corona pandemic, as they are largely supported by gambling companies.

“Sport would suffer the most here,” says Claus Retschitzegger, President of the Austrian Association for Betting and Gambling (OSWG) LAOLA1. “First we would have to stop sports sponsorship activities.”

What does the “Gambling Reorganization” provide?

The new law is intended to fundamentally change the gaming industry in Austria. For example, the award of gambling licenses is to be withdrawn from the Ministry of Finance and transferred to a judges’ senate that is not subject to instructions.

However, no further licenses will be granted in the coming years. The Austrian Lotteries will keep their entitlements for casino offers until 2027. This, coupled with the lack of new concessions, has resulted in a – de facto – monopoly.

Online gaming providers licensed in the EU, which mostly offer online casinos and sports betting, would be blocked by DNS blocking if there was no Austrian gaming license. However, these locks are not completely waterproof, they can be bypassed even by less experienced Internet users.

“In truth, the amendment protects a monopoly that is no longer even in Austrian majority ownership, but is a Czech monopoly. And the providers that were essentially founded in Austria, such as Interwetten, Bwin, bet-at-home and CASHPOINT , they would be massively affected by it. For me this is an incomprehensible approach, “says the President of the OSWG.

Most of the providers operating in Austria are licensed in other EU countries and, according to their own opinion, should also be allowed to offer their services in Austria.

What effects would the new law have on Austrian sport?

The law could break the basis for business in Austria for the previously legal providers licensed in the EU, which would make sponsoring in Austrian sport obsolete.

The clubs, leagues and associations shaken by the corona crisis would have to fill further large gaps in the budget.

According to Retschitzegger, online casinos would make up around 60 percent of the income for some companies that offer gambling and sports betting. Sports sponsorship would have been cut back most of all in the course of company restructuring, the Upper Austrian speculates.

Is an advertising or sponsorship ban being explicitly considered?

According to the ministerial draft, there should at least be restrictions on advertising for gambling.

What these should look like in concrete terms is still open. However, it is being examined whether further steps should be taken in analogy to the Tobacco Act.

Regardless of a possible advertising ban, sponsorship in sport would suffer anyway if the current draft law were to be implemented, explains Retschitzegger.

How big is the market for advertising in sports betting in Austria?

According to the Austrian Sports Betting Association, the local sport would lose around 100 million euros if gambling advertising were restricted.

This money goes, among other things, to associations, leagues and professional and amateur clubs, which are dependent on these sums to different degrees.

How does this relate to public funding?

Bundes-Sport-GmbH provides 33.5 million euros annually in funding for competitive and top-class sport. In addition, athlete-specific funding amounting to 7.4 million euros will be distributed.

The bottom line is that a loss of sponsorship money from the gaming industry cannot be adequately absorbed by the state.

Where do betting providers come to the fore when it comes to sponsoring?

Gambling and sports betting providers operate in pretty much every sport and in most clubs. From the coming season, Admiral will be the competition sponsor of the Austrian Bundesliga and the 2nd division.

Of the twelve Bundesliga clubs, eleven are supported by gambling companies, some even by several. Rapid, for example, identifies Admiral and tipp3 as premium partners, HPYBET acts as a team partner.

Admiral and bet-at-home act as premium sponsors at Wiener Austria, the latter company acts as “Official Partner” at Bundesliga-Krösus Red Bull Salzburg. CASHPOINT is the main and stadium sponsor of SCR Altach. This support will probably make up a considerable part of the budget for the association from Vorarlberg.

While Admiral supports six other clubs in addition to Rapid and Austria, only LASK does not have sponsorship from a gaming company.

The situation is no different in the second division. Of the 12 clubs that are not de facto secondary representatives of their parent clubs, nine receive sponsorship money from gambling companies.

Apart from club teams and football leagues, the ÖFB itself is supported by a gaming company. Tipp3 appears as a premium partner at the Football Association, the TV advertisements with the team bosses Koller and Foda are probably still remembered by most sports consumers.

Sponsoring is also an important source of income for clubs outside of football. Bet-at-Home is, for example, the title sponsor of the ICE Hockey League and Basketball Superliga. Countless clubs in both leagues are also supported separately.

Even the Austrian Ski Association has entered into a cooperation. Interwetten has been an event and exclusive sports betting partner of the ÖSV since 2017.

Will the effects also affect amateur and youth sports?

Some providers are active in popular sports, including wheelchair basketball. Interwetten, for example, is the title sponsor of the Sitting Bulls.

These clubs could also be affected by a loss of sponsorship income.

What does this amendment mean for the players?

The current gaming monopoly is effectively being cemented further. Online, among other things, win2day, an offer from casinos and lotteries, as well as Tipp3 and Admiral, which do not operate a connected online casino, would be legal.

In addition, player protection is to be increased through a cross-provider blocking network. Retschitzegger, on the other hand, argues that licensed gaming companies could offer higher quality player protection.

What does the industry want?

For pretty much all gaming companies that operate under an EU license in Austria, the new law would be a severe blow. The real crux of the current system is not the regulation, but the lack of further concessions.

“A licensing system for online gambling would be a win-win situation for everyone involved, and we are very committed to this. With blocking we would lose our customers, but there are providers who operate from outside the EU and bypass these blocking measures, “says Retschitzegger.

“I believe that the government would be better advised to establish a licensing system for online gambling according to high quality standards and to give us legal certainty that we can continue to operate in the market. Then the standards could be demanded and controlled. The players would also have then the guarantee of playing with a nationally licensed provider, “explains the Upper Austrian.

Are there any tax increases planned?

They are at least clearly implied. According to the draft of the Council of Ministers, the casino and gaming taxes as well as the betting fee are to be raised to “European level”.

According to the OVWG, the betting and gaming providers licensed in the EU would pay 170 million euros in taxes in Austria.

When should the new law come?

According to the draft of the Council of Ministers, the legal regulations are to be examined by the end of April. In autumn 2021 it should be possible to pass a parliamentary decision.

The comments of the users do not necessarily reflect the opinion of the LAOLA1 editorial team. LAOLA1 reserves the right to delete comments without giving reasons, especially if they violate criminal or civil law norms, contradict common decency or otherwise run counter to LAOLA1’s reputation. We refer in this context in particular to our Terms of Use. In such cases, the user cannot assert any claims. Furthermore, Sportradar Media Services GmbH reserves the right to assert claims for damages and to report offenses relevant to criminal law.