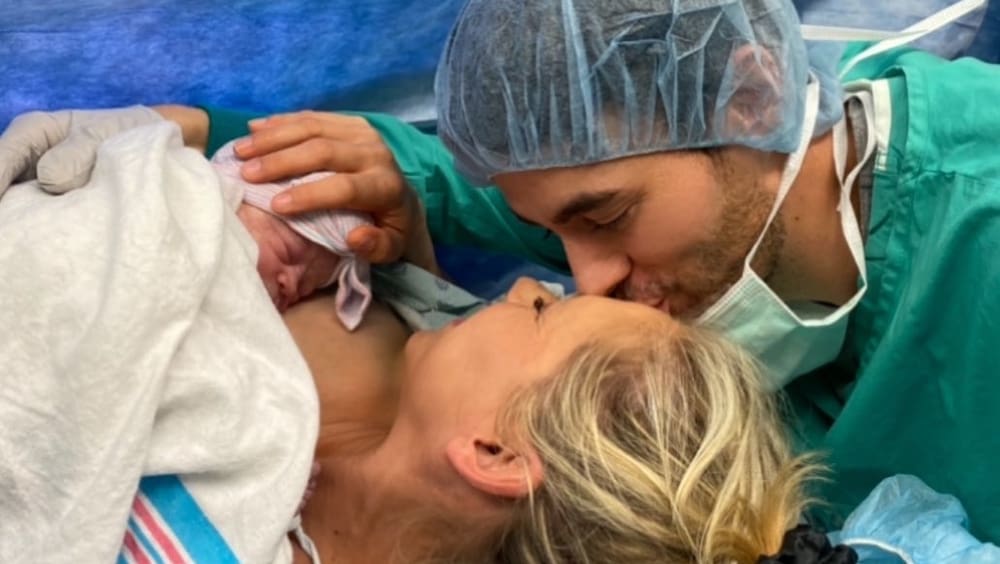 What is more intimate and beautiful for parents than the birth of a healthy child? Defenseless as a baby is, so privacy needs to be protected. Children’s pictures belong in the album, not in the networks of social media channels, experts advise.

Not everyone sees it that way. The glamor couple Enrique Iglesias (44) and Anna Kurnikowa (38) share the first moments after the birth of their third child with their more than 16 million Instagram fans. Unsophisticated and unfiltered. The cuddly singer wears surgical clothing, a hairnet and a face mask, the little creature is still full of Vernix caseosa, commonly known as cheese smear, a natural lubricant on the skin of newborns.

The former tennis player looks makeup or is a surgical beauty thanks to filters. He tenderly gives her a kiss on the forehead. The couple leaves open what the baby’s name is and whether it is really a girl. Only the pink hat suggests that it is probably not a boy. Iglesias and Kurnikowa both write on their accounts for the baby picture: “My Sunshine, January 30, 2020.” At least they waited two weeks to post the photos.

The pregnancy was not known

It is surprising that they did not let the public take part in the pregnancy. They hadn’t made Kurnikowa’s twin pregnancy public three years ago. The first pictures of Nicholas and Lucy were weeks away. Now they are shown again and again on Instagram.

Her fans’ comments are completely uncritical. The photo on which Iglesias holds his child has been liked almost two million times so far. Provided with many congratulations, compliments and wishes for more baby pictures.

Does Rammstein singer Till Lindemann have to be a therapist? The animal rights organization PETA shocked with a dramatic revelation.Rammstein are often criticized ...
Read more
Entertainment

The Bachelor Season 24 is coming to an end, and speculation about who wins Peter...
Read more
Entertainment

Drafting.The Honduran Angie Flores He showed off with his participation in the last concert of The academy, interpreting "Instead No" of Laura Pausini.As usual,...
Read more

Missing in Mexico, a 15-year-old Russian woman was found, according to the Prosecutor General of the Mexican state of Jalisco. Earlier, the Russian Embassy...
Read more

2 motorcyclists collide on the Eldorado road, there are 2 dead and one injured

Culiacan.-On the road Eldorado an accident occurred between two motorcyclists who collided head on, where in the place of the events one of the...
Read more

Major-General Umaro Sissoco Embaló confirmed this Sunday that he will take office as President of Guinea-Bissau next Thursday, and that the ceremony will be...
Read more