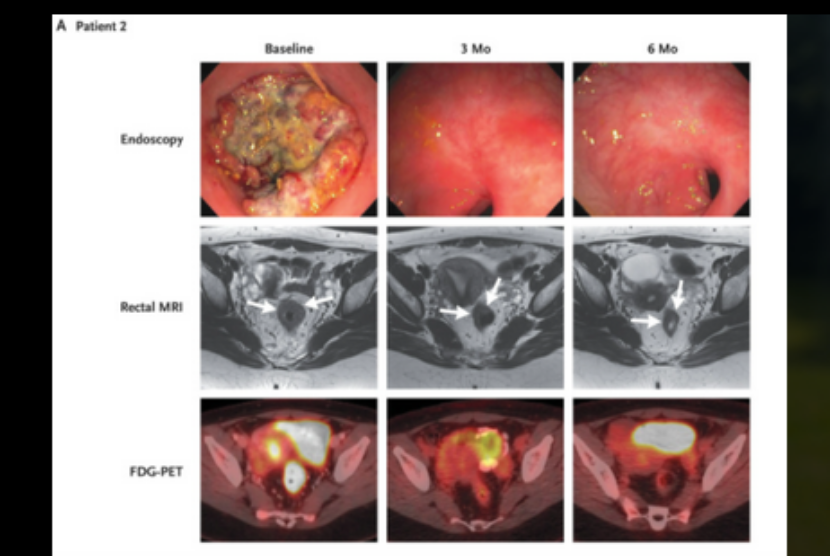 In clinical trials, the drug dostarlimab appeared to be effective in 12 rectal cancer patients.

REPUBLIKA.CO.ID, JAKARTA — A clinical trial involving 12 patients rectal cancer showed results that were quite surprising to doctors. The reason, the medicine named delivered investigated in this clinical trial successfully removed tumors from the patient’s rectum.

All patients involved in this clinical trial were rectal cancer patients who had tumors with mismatch repair-deficient (MMRd) or microsatellite instability (MSI). All of the patients involved had previously received other therapies, such as chemotherapy.

During the clinical trial, the participants were given the drug dostarlimab at a dose of 500 milligrams every three weeks. Administration of this drug lasts for six months.

Initially, the research team assessed that the patients would still require additional therapy such as chemotherapy or radiotherapy after dostarlimab was given. However, the patients who received the drug dostarlimab were no longer showing signs of cancer in the sixth month.

This can be seen through the comparison of photos or descriptions of the rectal conditions of the patients shared by the research team via email New England Medical Journal. These photos were taken through an endoscopic procedure, an MRI, and a PET scan at three different times.

The three times were before the patient took dostarlimab, in the third month, and in the sixth month. In the first photo, the rectums of the patients appear to be overgrown with tumors.

However, on the photo taken in the third month, the patient’s rectum already looks almost clean. And, by the sixth month, the tumor was completely invisible in the rectums of the patients.

The research team revealed that various scans were no longer able to detect the presence of tumors in patients. After a year had passed, none of the patients required further therapy.

Two years after the clinical trial, which is now, all patients are still in excellent condition. They do not need further therapy.

“This is extraordinary. We never thought this would happen. We’ve never seen this before,” explained oncologists from the Memorial Sloan Kettering Cancer Center and one of the researchers Dr Andrea Cercek, as reported by The SunWednesday (8/6/2022).

It wasn’t just the research team who were surprised by the results of this treatment. The patients in clinical trials were very surprised and happy. Not a few of them cried happily because they could achieve remission.

“There were lots of happy tears,” said Dr Cercek.

Dr Cercek said the findings were something many cancer specialists dream of. Moreover, this drug not only has good efficacy, but also has almost no toxicity.

Researchers believe that this drug dostarlimab has helped shrink and eliminate tumors in patients. The drug works by opening the “hiding” of cancer cells so that the immune system can find and destroy cancer cells.

As a result, patients no longer need further therapy to treat their cancer. This also improves the quality of life of the patients.