Chances of Water Shortage Increase in Western US 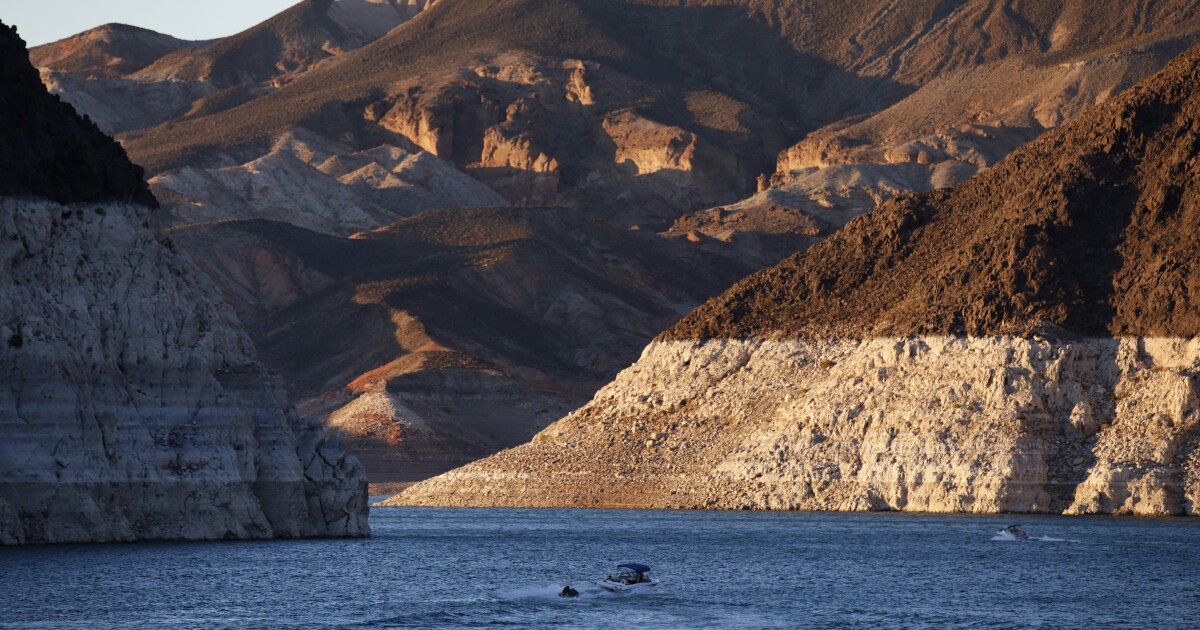 There is a possibility that the water levels in the two largest reservoirs in the United States will fall to dangerously low levels before 2025, putting at risk the constant flow of water from the Colorado River, on which more than 40 million people depend in the west of the country.

After a relatively dry summer, the Office of Recovery released models Tuesday suggesting that there is a greater likelihood of shortages in Lake Powell and Lake Meade – the reservoirs where water from the Colorado River is stored – compared to previous projections.

Compared to an average year, only 55% of the water in the Colorado River flows from the Rocky Mountains into Lake Powell, on the Utah-Arizona line. Due to the below-average flow, government scientists say they are 12% more likely to reach dangerously low levels by 2025 than they had anticipated at the beginning of the year.

“This is quite a significant increase over the April projections due to reduced flow this year,” said hydrologist Carly Jerla.

The forecast could complicate the already tense negotiations between Arizona, California, Colorado, New Mexico, Nevada, Utah, Wyoming and Mexico over the future distribution of the water that supplies their farms and cities. Those talks will culminate in a new pact in 2026 on the use of the river, which is in trouble due to climate change and a prolonged drought.

Some of the urban and agricultural users have been forced to conserve water in order to protect the river in the long term, but it remains overexploited. As cities like Phoenix and Las Vegas continue to expand, the region consumes more and more water.

“We know that warmer temperatures have contributed to the drought of the past 21 years, and we know they have exacerbated it,” said Office Recovery Commissioner Brenda Bruman.

Unlike the 24-month projections the agency uses to distribute water to the seven states and Mexico, the models released Tuesday simulate various weather and usage patterns to help users prepare for different scenarios.

Scientists use what they call the Colorado River Simulation System to project the future levels of the two reservoirs. They have used “stress testing” techniques based on river flows since 1988 to determine possible shortages should drought conditions persist.

Arizona, Nevada and Mexico have agreed to cuts for the first time under a drought contingency plan they signed last year. The water level in Lake Mead is at 330 meters (1,083 feet). The plan says that once projections drop below 1,075 feet (328 meters), Nevada and Arizona will face additional cuts.

The stress tests suggest a 32% probability that Lake Mead levels will fall below 328 meters by 2022 and a 77% probability that it will happen by 2025. The median of the model forecasts indicates that the Lake Mead will lose 35 feet (11 meters) by 2026.

Burman noted that the models provide valuable information for cities and farms preparing for the future in the midst of a persistent drought and while the average temperature maintains its upward trend. The official said that drought contingency plans are an effective mechanism to combat projected shortages … for now.

“I think that what the projections show us is greater uncertainty than last year,” he stressed.

Merkel is considering intervention: within a maximum of 25 people and curb alcohol | Abroad