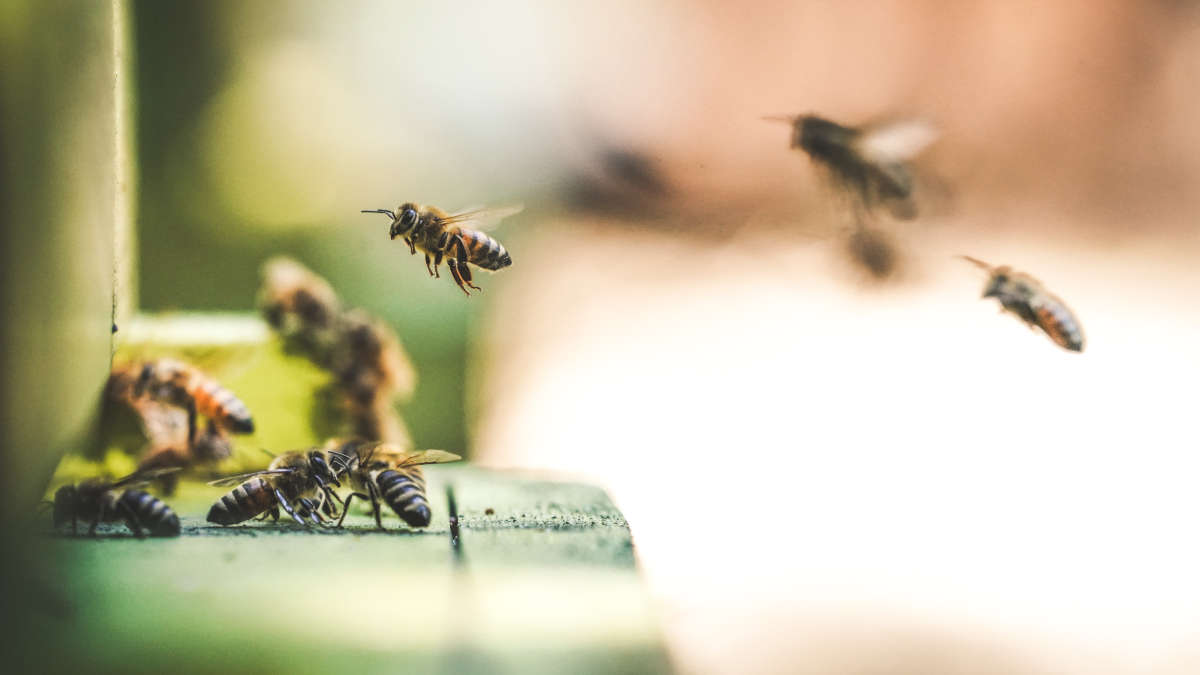 He could be called the ancestor of the bees. This bee fossil discovered in a Burmese amber deposit is the oldest bee fossil ever discovered. His age would be around 100 million years! Far older than any existing bee fossil because the oldest so far is 65 million years old or less. It has been perfectly preserved in amber, a resin produced by conifers, a species of trees that have existed for hundreds of millions of years.

Baptized Discoscapa apicula by George Poinar Jr from the State State UniversityOregon who made the happy discovery of it, it is very similar to bees today but has many very primitive features. In the review BioOne, George Poinar describes it as being quite different from the fossils known so far, but with food characteristics very common to modern bees.

The missing link between the wasp and the bee?

The Discoscapa apicula is indeed palynivorous like the bees of today, that is to say that it feeds on pollen. The scientist is convinced because the insect was found with several pollen grains hanging on its hairs. Proof that he had just gathered flowers and was therefore a palynivore, unlike his neighbor, the wasp, of which it is an evolved species.

Scientists believe that bees evolved from wasps which are carnivorous insects, however. However, the missing link between the two species is missing, a link that could explain how the diet transition was carried out. Because this evolution of the so-called apoid carnivorous wasp with the herbivorous palynivorous bee is not yet clearly understood by scientists. Discoscapa apicula appears purely palynivorous, but could perhaps help to understand this transition.

Season 2 of Fortnite Chapter 2 added a whole PVE dimension that we did not find before especially...
Read more
Technology

It is January 4, in Gotham. At the start of the year, two men are arriving in town, each on their own....
Read more
Technology

Season 2 of Fortnite Chapter 2 added a whole PVE dimension that we did not find before especially...
Read more

This market analysis creates an in-depth study of forecasts on the Global Thermal Receipt Printer Market, it provides detailed information on the development of...
Read more

Messi is considering concluding his career in Argentina

Riyadh - Sports Argentine Lionel Messi is considering returning to Argentina, after the end of his career...
Read more

Short link 08:13 Russian woman Liliana I., who disappeared a week ago in the Mexican state of Jalisco, was found alive. This was announced by Russian...
Read more
Load more