“Why is the ruling party so quiet?” Open Democratic Party Kim Jin-ae 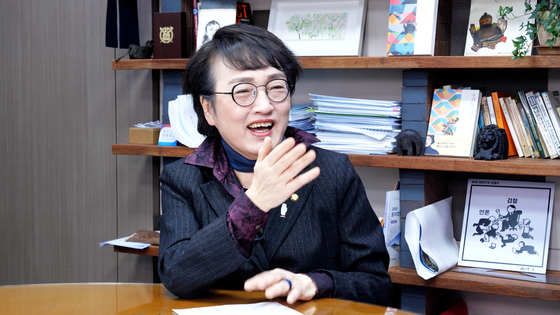 JoongAng Ilbo’Politics Unboxing’ visits you by putting a hot topic on the streets of Yeouido in a 3-minute’video box’. We will summarize new issues in politics, complicated inner situation, and exciting backstory in ‘3-minute meeting’.

On the 27th of last month, Kim Jin-ae, head of the Open Democratic Party, officially declared a run for the mayor of Seoul, saying, “I will become the mayor of Seoul from the first city expert and make a Seoul where citizens can laugh.” He was a Ph.D. in Urban Planning at the Massachusetts Institute of Technology (MIT), and his intention was to expand his experience of being involved in urban policy in Seoul for decades.

[정치언박싱]
The possibility of unification with the Democratic Party is open
Support for public redevelopment and reconstruction
“I have compassion, but I need reflection”

The politicians are paying attention to the political impact of the run rather than his expertise. This is because the Open Democratic Party, which has claimed to be “the opposition party more like the ruling party,” is no different from a declaration that it will compete with the Democratic Party together. In the future, interest was also focused on whether or not the pan-passport would be unified. On the 5th, an interview held at the office of the National Assembly House of Representatives Kim Won-nae was conducted to ask both his political position and expertise.

Didn’t you worry about whether the Open Democratic Party would make a candidate?

“Once there were some concerns inside the Open Democratic Party, I never said that as a public party,’I will not make a candidate’. I said that I had to make a nomination.”

The only candidate for the Democratic Party is Rep. Sang-ho Woo.

“I also have ambition, but I have said many times why there is not such ambition. It is a mistake to think that you can win by appearing’salty’ at the end. Seoul citizens will not pay attention to the runners who consider it a stepping stone for the presidential election.”

“I have a strong idea that the democratic and progressive camps should win this election. Both the unification and the unified contest will be open and debated.”

On the 5th, an interview with the Democratic Party leader Kim Jin-ae was held at the Assembly Hall of the National Assembly. Central photo

There are many works of his hand in downtown Seoul, including Insadong-gil, Seoul. Prior to his initiation in politics, such as Gunpo Sanbon New Town (1989) and Busan Suyeong Information Complex Master Plan (1996), he participated in various projects as an urban architect. In this election, the pledge is: ▶ Midtown development in the station area ▶ Establishment of Seoul Economic Development Corporation ▶ Complex growth base project.

“In the post-corona era, public transport density must be increased and complex development must take place in the city center. Urban apartments and houses that you can go to and from while walking around life, work, shelter, and play. Re-development and reconstruction should be actively supported and promoted in areas that meet the public interest. However, we must break the notion that huge apartment complexes or multi-purpose apartments are houses.”

How do you view the sexual harassment incident by the late Mayor Park Won-soon?

“The police investigation result came out, but the prosecution is not sure how it will come out. I am a little cautious. There are obviously victims, and there are people around you who may be misunderstood. There is nothing to judge about Park Park.”

“No one has the right to pardon the president. Particularly, it is critical that the political party does not have anything to say about katabuta. It is difficult to tolerate pardoning former President Lee Myung-bak, who claims to have suffered political retaliation.”

Do you have different thoughts on former President Park Geun-hye?

“It is a personal tragedy. I could have been personally happy if I wasn’t president. (By impeachment) It was too insulting not only to me but also to many supporters. I feel compassion, but I need reflection and apology.” 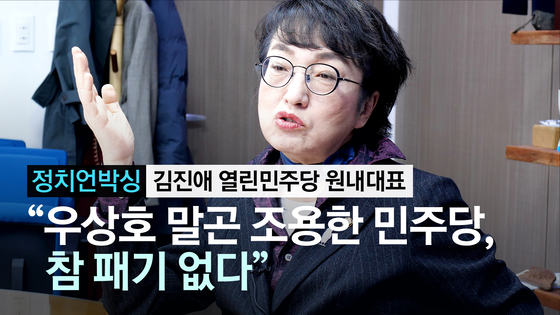