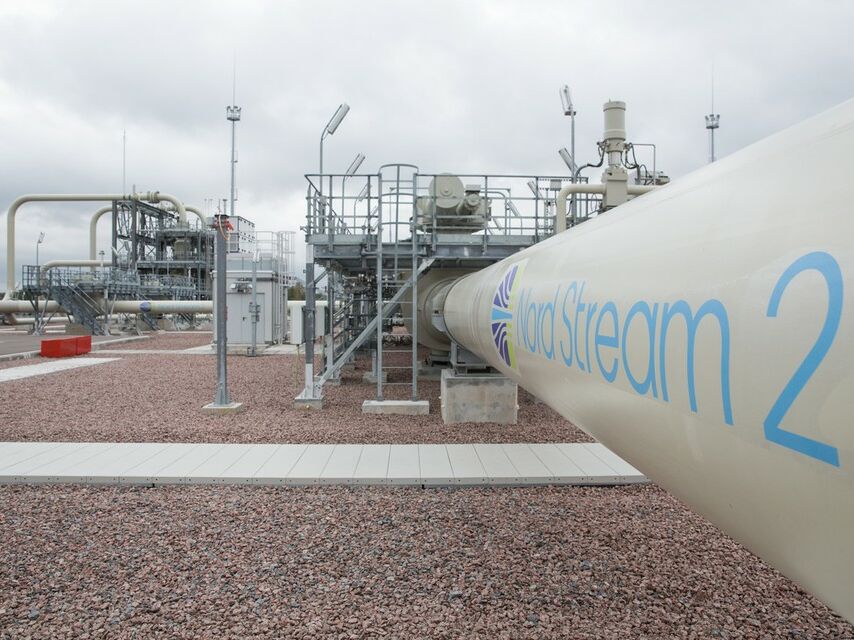 “The report named two vessels and a Russian-related structure Transadria Ltd, which are related to the Nord Stream 2 pipeline. Sanctions against Transadria Ltd based on PEESA will be imposed, and its vessel Marlin is recognized as confiscated property,” Blinken said.

Another vessel, against which the sanctions will be imposed, is not named.

Given today’s action, the US administration “has imposed sanctions against eight people and identified 17 vessels that are considered to be blocked property under the PEESA,” added the secretary of state.

“While the administration continues to oppose the Nord Stream 2 pipeline, including through our sanctions, we continue to work with Germany and other allies and partners to reduce the pipeline’s risks to Ukraine and countries. NATO and the EU, and seeks to rebuff the harmful activities of Russia, including in the energy sector, “- said Blinken.

In the report, the US authorities called Transadria Ltd a shell Russian company registered in Cyprus, noted Bloomberg.

According to data vessel tracking service VesselFinder, the marine support vessel Marlin, built in 2008, sails under the Russian flag. At the moment it is located in the port of St. Petersburg.

Construction of Nord Stream 2, which should connect Germany and the Russian Federation along the bottom of the Baltic Sea, bypassing Ukraine, fully completed… On November 8, 2021, Gazprom announced that the pipeline ready to launch.

Joe Biden’s administration spoke against the construction of a gas pipeline, however, at the end of May 2021, the head of the White House called it “counterproductive” from the point of view of relations with Europe, the introduction of new sanctions against Nord Stream 2, since the gas pipeline is “practically finished.”

Germany and the United States announced on July 21, 2021 that they have concluded agreement on the Nord Stream 2 gas pipeline… Germany promised to apply national sanctions against Russia and call for effective EU measures if Russia continues to use gas as a an instrument of pressure on other countries or “will commit further aggressive actions against Ukraine.”

“Operator of GTS of Ukraine” (OGTSU) reportedthat Nord Stream 2 AG, which is 100% owned by Russia’s Gazprom, applied for certification as an independent operator of the Nord Stream 2 transmission system on September 8 to the Federal Network Agency of the Federal Republic of Germany… The state energy company of Poland PGNiG and its German subsidiary PGNiG Supply & Trading GmbH are admitted to the certification procedure, as well as “Naftogaz Ukrainy” and “Operator of GTS of Ukraine”.

“German Wave” noted that a preliminary decision on Nord Stream 2 should be made by the Federal Network Agency of Germany, and then the European Commission will have to express its position on the gas pipeline, it can take up to four months to develop a conclusion. After that, the German regulator will have another two months to make a final decision.

On November 16, it became known that the German Federal Network Agency suspended certification “Nord Stream – 2”. The OGTSU admitted that Gazprom will try to bypass EU legislation for pipeline certification.

The Ukrainian authorities believe that the Russian Federation has already begun use Nord Stream 2 as a weapon – Russia restricts gas exports to Europe in order to raise prices, create an energy crisis and justify the launch of the gas pipeline, which is undergoing certification.

8 November Senate Foreign Affairs Committee reported, which initiates a contribution to the US defense budget amendments, which provides for sanctions against Nord Stream 2 AG. All DECEMBER at risk of FROST and SNOW! The trend from IMMACULATE to CHRISTMAS included is CLAMOROUS »ILMETEO.it