The most expensive card in history: 7.7 million dollars and rising | Culture 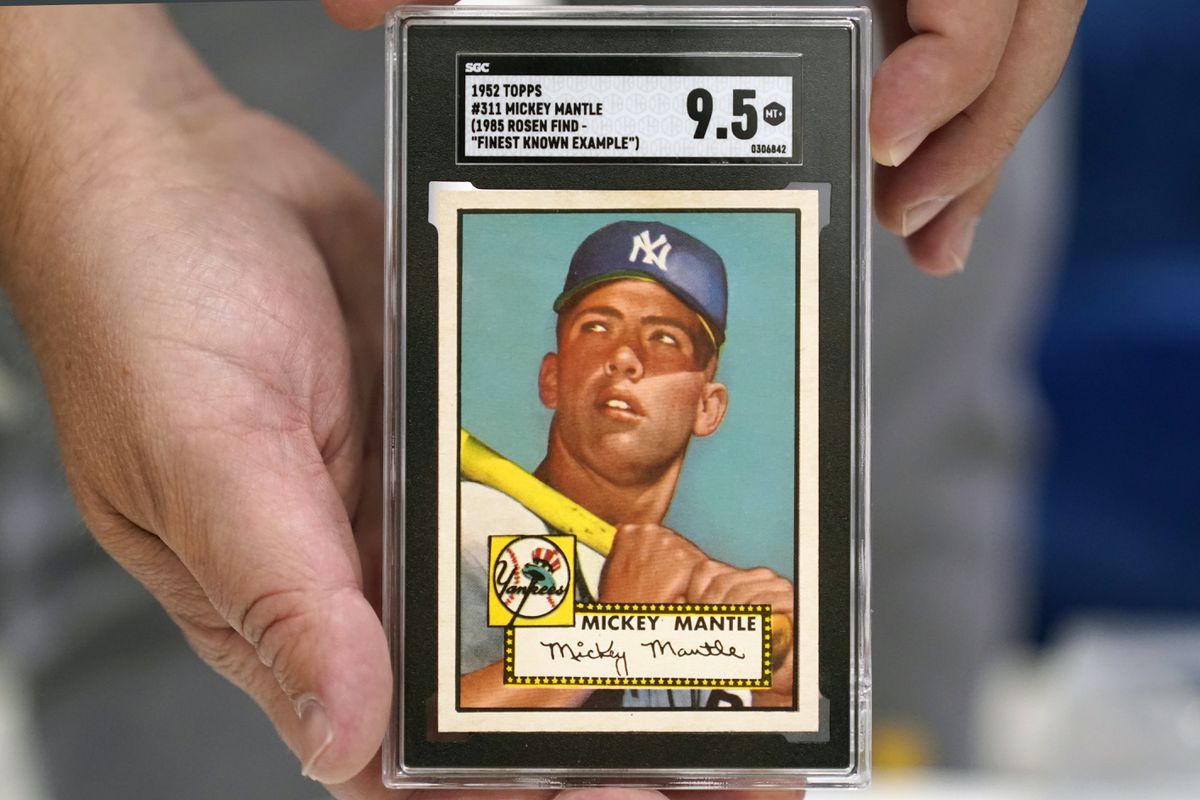 Mickey Mantle still holds records from his legendary days as a baseball player for the New York Yankees. Now, 27 years after his death, he is about to beat another one. A 1952 Topss trading card bearing Mantle’s likeness is being auctioned by Heritage Auctions and the highest bid for now implies paying 7.68 million dollars (about 7.5 million euros), the highest price ever achieved.

The auction is still open until next August 27, but with that figure it already exceeds the 7.25 million dollars for which a 1909 card of Honus Wagner, player of the Pittsburgh Pirates, was recently auctioned. In the remaining two weeks of the auction, the price is expected to approach 10 million dollars. Of the current price, 6.4 million correspond to the bid itself and go to the seller, but a 20% bonus or commission is applied to the winning bid.

Mantle is one of the legends of the Yankees, in which he played his entire career, at the height of Babe Ruth or Joe DiMaggio, whom he replaced on the team as center fielder. He was a switch hitter of incredible power, which it is said he began to acquire working with his father, a miner. He played 20 times in the All-Star game, was a seven-time World Series champion with the Yankees in the 1950s and 1960s, and was elected the best player in the major leagues for three seasons.

In the 1956 season, already a great star, he achieved the triple crown: best batting average, most home runs and most RBIs, something within the reach of very few. Since that year, only three more players have achieved it.

The price of the cards, however, does not depend so much on the sporting merits of the player who appears in the photo as on their rarity and their state of conservation.

The seller is businessman Anthony Giordano, 75, who bought the card for his son in 1991 for $50,000 at a collector’s fair in New York. He asked the seller at the time to sign a letter stating that the copy was in perfect condition. That letter and the story gives a special value to the card.

Its quality, now, is certified by a company that is dedicated to it, PSA, the largest agency for the authentication and qualification of cards. “Authentication is the process of verifying the originality or authenticity of a trading card. Grading consists of evaluating the quality and condition of the chrome traded using PSA’s 10-point grading scale. explains on his website.

On that scale, 5 is already excellent and 10, perfection, with sharp corners, sharp, bright and perfectly centered image. The auctioned chrome has a 9.5. Only three Mantle trading cards from 1952, his second season with the Yankees, are known to exist with a 10 and another half-dozen with a 9 or more. The 1909 Honus Wagner card from which he has snatched the record had a 2, which in the PSA scale implies good condition, despite the low score.

Baseball cards as collectibles have always been the most valued in the United States, despite the fact that the sport has lost strength and its audience and popularity has fallen well below American football and basketball. Mickey Mantle’s 1952 and Honus Wagner’s 1909 have alternated for years as the most expensive.

According to a report by the market research firm Research & Markets, The global market for collectible sports cards had a volume of about 13,800 million dollars in 2019 and is expected to reach 98,750 million in 2027 after growing at an annual rate of 23%. Sports cards have gone from children’s entertainment to investment assets.

Subscribe here to newsletter of EL PAÍS America and receive all the informative keys of the current situation in the region.

All the culture that goes with you awaits you here.