Not a good plot, but strong characters 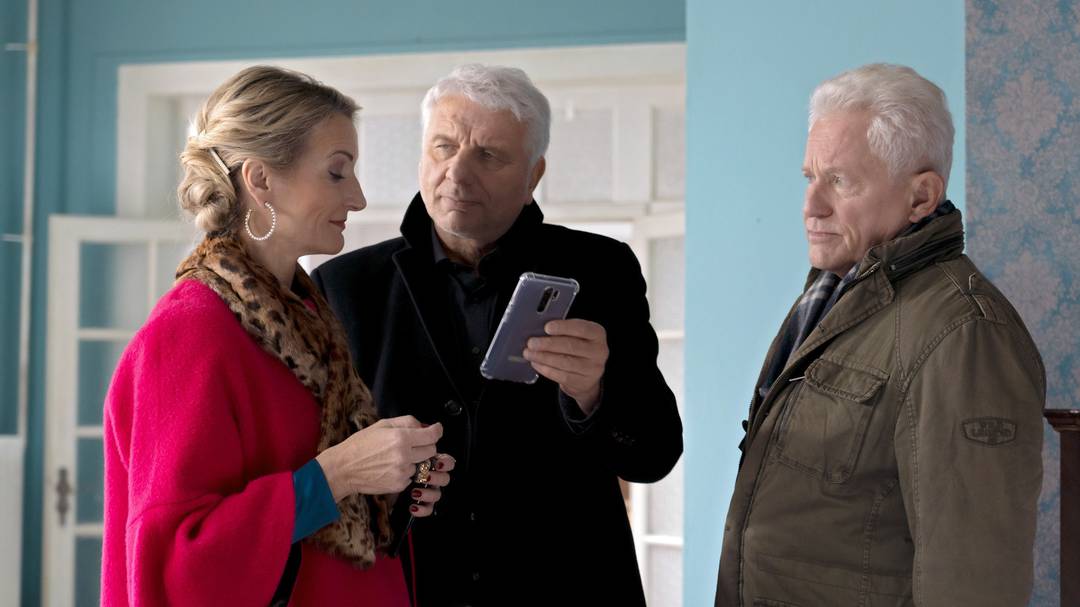 Carnival, carnival or carnival: the fifth season has many names. In Munich it’s called Fasching, and this year it’s only taking place in the Bavarian capital because of Corona and the global political situation with the handbrake on – the traditional dance of the market women at the Viktualienmarkt on Shrove Tuesday, for example, has been cancelled. In the new “crime scene” from Munich, however, there is a lot of carnival: the two inspectors Franz Leitmayr (Udo Wachtveitl) and Ivo Batic (Miroslav Nemec) have to solve the mysterious death of an old man who was pushed down the stairs in a park and who is broken his neck.

Their investigations lead Leitmayr and Batic into pubs with drunken carnival fools, backyards with sad remains of confetti and shabby little shops – a depressing scenery like in a film by Gerhard Polt or a series by Helmut Dietl. This Munich shadow world beyond Marienplatz and Frauenkirche is populated by nothing but tragic losers and sad figures, who are portrayed by director Christine Hartmann both lovingly and mercilessly. The crime thriller “Tatort: ​​Kehraus”, which is well worth seeing, captivates less with a sophisticated crime plot than with strong characters and a melancholic mood.

Commissioners loosen up the “crime scene”.

Of course, the veteran inspectors don’t miss out in the new “Tatort” from Munich either, the two warhorses loosen up the whole thing from time to time with small humorous interludes. At the beginning of the thriller, the slightly drunk carnival fan Ivo Batic stumbles into the apartment in the middle of the night in a white uniform like the new captain of the “dream ship” at his buddy and outspoken carnival hater Leitmayr, holding a woman in a bee costume on each hand.

When the commissioners are called to an operation shortly afterwards, the cheeky bees have to do the fly, to Batic’s chagrin – the body of a 70-year-old man was found in a park. The first trail leads the inspectors to the “Irmis Stüberl” pub, where things were really happening in terms of carnival and late at night the last of the revelers are holding on to their beer with some effort and glassy eyes. The witness interviews are somewhat difficult, but Batic and Leitmayr still find out that the old man was in the bar, had an argument with a guest in disguise and was flirting heavily with a woman in a Little Red Riding Hood costume. However, since the said Little Red Riding Hood is dead drunk, the inspectors take the woman with them to the headquarters, put her in a drunk tank and question her the next morning.

The interrogation for the inspectors is also sobering. Silke Weinzierl, played brilliantly by the Austrian Nina Proll, is said to hardly remember anything. Nevertheless, she becomes the tragic key figure in this atmospheric “crime scene” from Munich, which deals with a case of money laundering. As it turns out, the former carnival princess Silke II was recently kicked out of her apartment and has been living in the car ever since – a fact that the divorced mother of a teenage son knows how to cleverly conceal. When the survivalist in Little Red Riding Hood costume finds a suitcase full of money in a car, her fate seems to change for the better. But Munich at carnival time is not a fairytale paradise, as Silke Weinzierl has to painfully discover.

“This ‘crime scene’ is set in the carnival environment and therefore had a very special appeal for me,” says director Christine Hartmann. “Because unlike the carnival in Cologne, the Munich carnival is accompanied by a certain melancholy.”