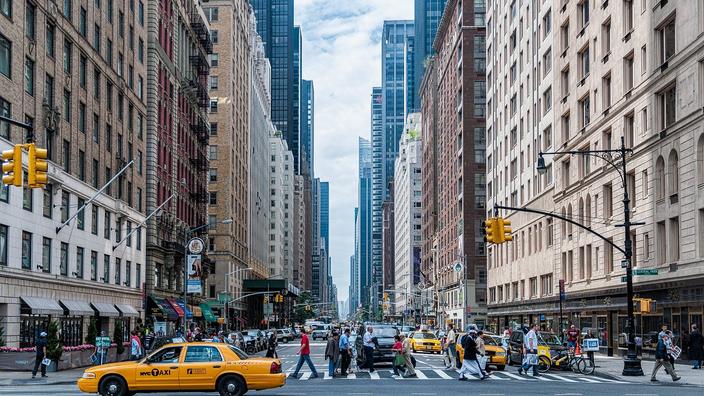 The Parliament of New York has just adopted a text granting between 3,000 and 15,000 dollars to undocumented migrants deprived of employment by the pandemic, a controversial measure whose application the governor has subjected to the adoption of strict anti-fraud measures .

The creation of a “Fund for excluded workers” was voted by the Democratic-majority parliament on Wednesday as part of the New York state budget vote for fiscal year 2022, which spanned several days. Aimed at people who were unemployed during the pandemic but have so far been unable to collect unemployment insurance or government checks, this fund must be endowed with $ 2.1 billion, out of a total budget of a record amount of 212 billion, very marked by the pandemic.

According to the Fiscal Policy Institute, an economic institute favorable to the measure, it could allow more than 90,000 people who have arrived illegally in the country to receive up to $ 15,600, and some 200,000 others to receive more than $ 3,000. “This is economic equity”, tweeted Thursday the elected Democrat Carmen de la Rosa, who pushed this measure, unparalleled in the United States. It is necessary “Help each other in these difficult times. May the rest of the country follow our example ”, she added.

The measure was applauded by associations for the defense of undocumented migrants, who had organized several demonstrations to demand it. But while arrests of a record number of people smuggled across the US-Mexico border have reignited the polarized debate over immigration, many Republicans have denounced the measure. “I would never understand how Democrats can prioritize nationals of other countries over American citizens who elected them”, had tweeted before the vote Nicole Malliotakis, elected Republican New York.

Read Also:  The Czechs are starting to save. They limit purchases, some consider loans and cheaper housing - ČT24 - Czech Television

Democrats representing constituencies that could switch for Republicans in the next election, in November 2022, are also worried, “in private”, reactions to this measure, according to le New York Times. Although weakened by several scandals, Democratic Governor Andrew Cuomo, while giving his approval in principle to the budget, said he was “worried” possible fraud to obtain this aid. He asked the chief accountant and state prosecutor to “Check the program and its rules to ensure its protection against fraud”. “As long as the prosecutor has not validated the program, we will not apply it”, the governor said on Wednesday, without giving any timetable.

Another controversial measure adopted by the Democratic majority in this budget, driven by the growing movement for higher taxes on the rich: an increase in income taxes for New Yorkers earning more than $ 1 million annually, 8.82% to 9.65%. Added to the city tax in effect in New York itself, the rate rose to 13.5%, the highest in the country, fueling fears of an exodus of the rich.

“New York is very dependent on the vagaries of global markets and a very mobile population”, estimated Thursday “Partnership for New York City”, association of leaders of New York companies. With some 100 billion federal aid already planned for New York in the recovery plan adopted in early March, “New York could have breathed and digest the impact of the pandemic, before committing to sharply increase its spending and taxes”.