Sometime plus – Kusuf prayer is a service that is carried out when a solar eclipse occurs. A solar eclipse is a phenomenon that occurs when the position of the moon is located between the earth and the sun so that it appears to cover part or all of the sun’s light in the earth’s sky.

Kusuf prayer or sunnah prayers solar eclipse was first prescribed in the second year of the Hijri, while the lunar eclipse prayer in the fifth year of the Hijri and according to a strong opinion (rajih) in the month of Jumadal Akhirah.

If you want to understand more about this kusuf prayer, please refer to some of the information quoted from the following sources.

1. The Law of Kusuf Prayer

To carry out something that is believed to be worship, it would be better if you know the law regarding this matter, including the law regarding kusuf prayer. Based on information reported from nu.or.id, the majority of scholars state that the law of carrying out eclipse prayers, both solar eclipses (prayer kusuf) and lunar eclipses (prayer khusuf) is the sunah mu’akkadah. You can see an explanation of this in the following statement.

“According to the agreement of the scholars (ijma), the law of solar eclipse and lunar eclipse prayers is sunnah mu’akkadah. However, according to Imam Malik and Abu Hanifah, lunar eclipse prayers are performed alone for two rak’ahs like other sunnah prayers,” (See Muhyiddin Syaraf An- Nawawi, Al-Majmu ‘Syarhul Muhadzdzab, Cairo, Darul Hadith, 1431 H/2010 A.D., juz VI, page 106).

This opinion is based on the words of Allah SWT and one of the hadiths of the Prophet SAW. Allah Ta’ala says,

From the word, it can also be understood that kusuf prayer is carried out on the basis of believing in the greatness of the Creator who created all big or small phenomena in the world. 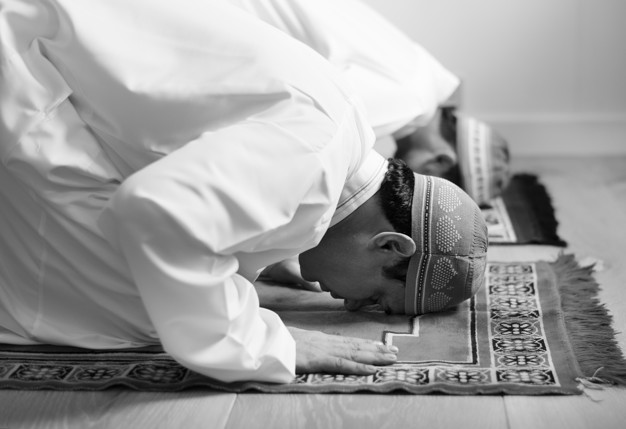 Based on the following hadith of the Prophet Muhammad, you can find out how to understand the natural phenomenon of a solar eclipse as well as how to react to it.

As for the procedures for the kusuf prayer that you can follow, namely,

1. Ensure the occurrence of lunar or solar eclipses first.

2. Eclipse prayers are performed when the eclipse is happening.

3. Before praying, the congregation can be reminded by the phrase, “As-Sholatu jami’ah.”

5. The eclipse prayer is performed for two rak’ahs.

6. Each rak’ah consists of two bowing and two prostrations.

7. After the first bow of each rak’ah read Al-Fatihah and return letter.

9. After the prayer is set aside for preaching. 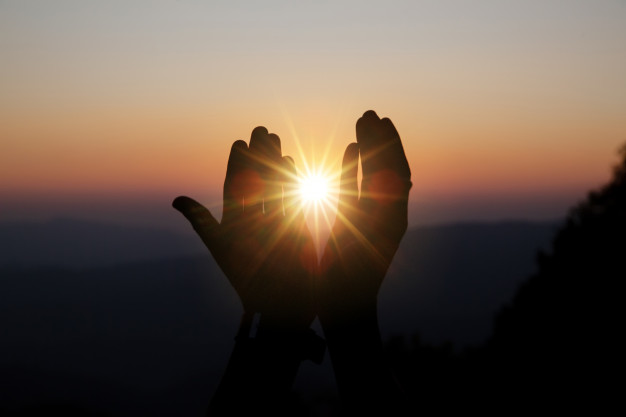 Based on the information reported from nu.or.id, there are several things that should be considered in carrying out the kusuf prayer

1. The first bow in the first rak’ah is longer than the second. According to the evidence found in the books of Syafi’i school of jurisprudence, in the first bow reciting the tasbih is about the same length as reciting one hundred verses of Surat Al-Baqarah, while the second bow is about eighty verses. So on in the second rak’ah.

In addition the recitation of the letter in the kusuf prayer or the solar eclipse prayer can be planned, can also be hardened, but deviated plan. In the eclipse prayer there is no call to prayer and iqamah.

“Glorifying in the first bow is about as long as reading a hundred verses from Surat Al-Baqarah, the second bow is eighty verses, the third seventy verses and the fourth fifty verses. I think that the authentic opinion is to extend the prostration as in the authentic hadith. narrated by Bukhari-Muslim and the opinion of Imam Shafi’i in the book of Mukhtashar Al-Buwaithi that he extended the prostration like extending the bow before prostration. God willing. Therefore, the first prostration is as long as the first bow and so on. Sunnah solar eclipse is performed in congregation and called with the expression ash-shalatu jami’ah. It is recommended to raise your voice when reading the letter in the lunar eclipse prayer, not the solar eclipse or even slow down the reading of the letter because the solar eclipse prayer is a sunnah prayer performed during the day, “(See Muhammad Az-Zuhri Al-Ghamrawi, As-Sirajul Wahhaj, Beirut, Darul Ma’rifah, p., 98).

3. After finishing the prayer, followed by two sermons as the Friday sermon. However, if the sunnah prayer for a solar eclipse is done alone, there is no need for a sermon. Likewise if all the worshipers are women. But if there is one of these women who stands up to give a willing, there is no problem (la ba’sa bih).

“Then the priest preaches or the person who replaces the priest. The sermon is specifically for men who attend the prayer in congregation. Therefore, there is no sermon for those who pray alone as well as for female congregations, (however) if one of the congregation is female. stand up and give a willing, it’s okay as in the sermon prayer ‘ied, “(See Ibrahim Al-Baijuri, Hasyiyatus Syeikh Ibrahim Al-Baijuri, Indonesia, Darul Kutub Al-Islamiyyah, 1428 H / 2007 M, juz I, page 438 ).

4. In the phenomenon of the solar eclipse that occurred on June 21, 2020, as reported by liputan6.com, Kamaruddin Amin, the Director General of Islamic Guidance at the Ministry of Religion advised the public to read takbir, increase dhikr, istighfar, alms, and other good deeds.

“After the prayer, the Imam then delivered a sermon to the congregation which contained advice for dhikr, prayer, beristighfar, alms, and other good things,” said Kamaruddin.

Because at that time the solar eclipse occurred during the Covid pandemic, Kamaruddin also appealed to the public to pray that the pandemic would end soon.

“Don’t forget to pray that the Covid-19 outbreak will end soon and also pray for the safety of the nation and state,” he said.

That is an explanation of the laws, procedures, and recommendations for praying kusuf. Hopefully it can be understood and get enlightenment.

Football, Vanessa Ferrero (Massimo’s daughter): “Dad is out of his mind, I don’t have the money for shopping” 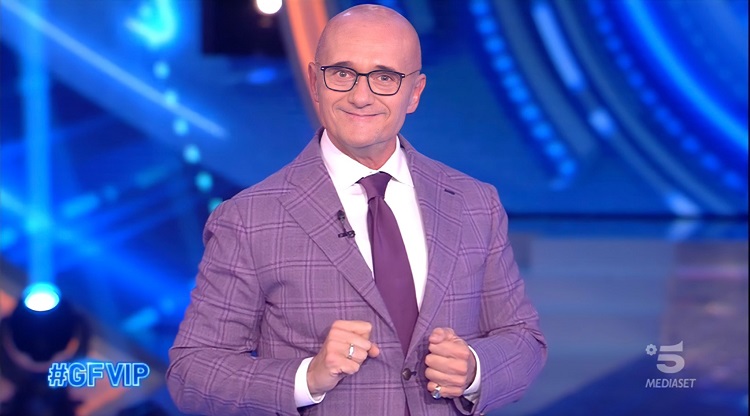 here is who will take his place 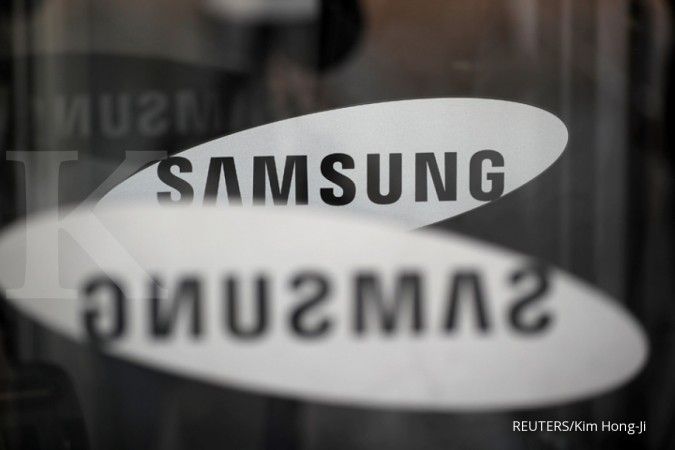 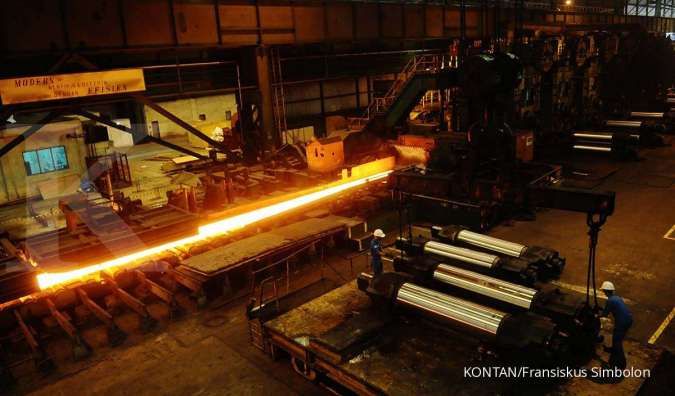