How the immune system is reminiscent of COVID-19, according to Harvard and MIT scientists

How does the human body’s immune system remember and recognize viral invaders it has been exposed to in the past? A trio of recently published studies of people who had had COVID-19 disease or who had been vaccinated or both are adding to the new clues about the factors that influence the speed and magnitude of the immune system response after subsequent infection with different variants of the coronavirus.

The new knowledge could help researchers work on improving vaccines. A big dream is that a vaccine against multiple variants can be produced that can protect people or even a pancoronaviral vaccine that can provide protection against variants that have not yet appeared.

All three studies were published in the specialized journal Science Immunology. They were led by researchers from Brigham and Women’s Hospital, Harvard University School of Medicine, Massachusetts General Hospital and MGH’s Ragon Institute, the Massachusetts Institute of Technology (MIT), and Harvard. The papers provide intriguing answers about the duration of immunity against COVID-19 and the nature of immune memory after infection, vaccination, or both.

“If we want to ask our immune system more, we have to know what it is capable ofsaid Duane Wesemann, an associate professor of immunology at HMS and an investigator in the Division of Allergy and Clinical Immunology at Brigham. Wesemann is one of the main authors of two of the works and co-author of the third. 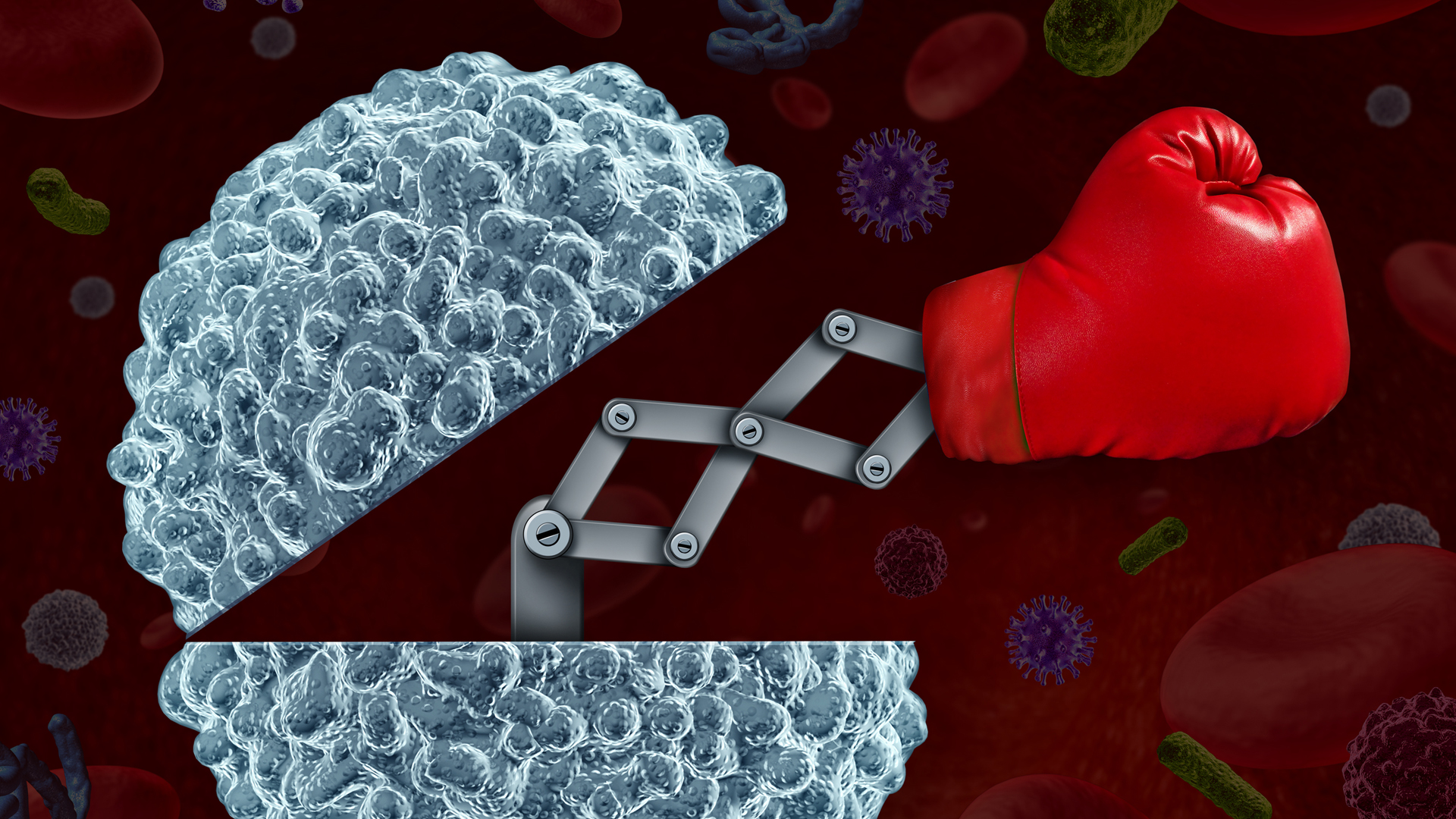 The papers provide intriguing answers about the duration of immunity against COVID-19 and the nature of immune memory after infection, vaccination, or both (iStock)

“Our findings suggest that there are differences between people: some people have relatively more sustained antibody responses with greater amplitude than others, and this may contribute to greater protection against future infections”, he added. “And we can understand and harness what gives some people an immune advantageit is possible that we can trick the immune system through improved vaccination strategies to give a little more, “he said.

In one of the studies, Wesemann and colleagues analyzed immunity after infection with the original strain of the coronavirus, first identified in Wuhan, China. The team tested 73 antibodies that are produced in response to infection with the ancestral strain to determine which (if any) were effective against five variants that emerged as a consequence of the evolution of the virus: Alpha, Beta, Gamma, Delta and Omicron.

read more  Depression, migraines and hormonal factors could be warning signs of this disease that affects far more women than men

Using sophisticated imaging techniques, the researchers were able to trace how the changing structure of the virus relates to the immune system. They identified mutation-prone sites on the viral protein that the pathogen uses to invade human cells, and visualized how these sites interact with sites on antibodies that They neutralize the virus and prevent it from entering cells. 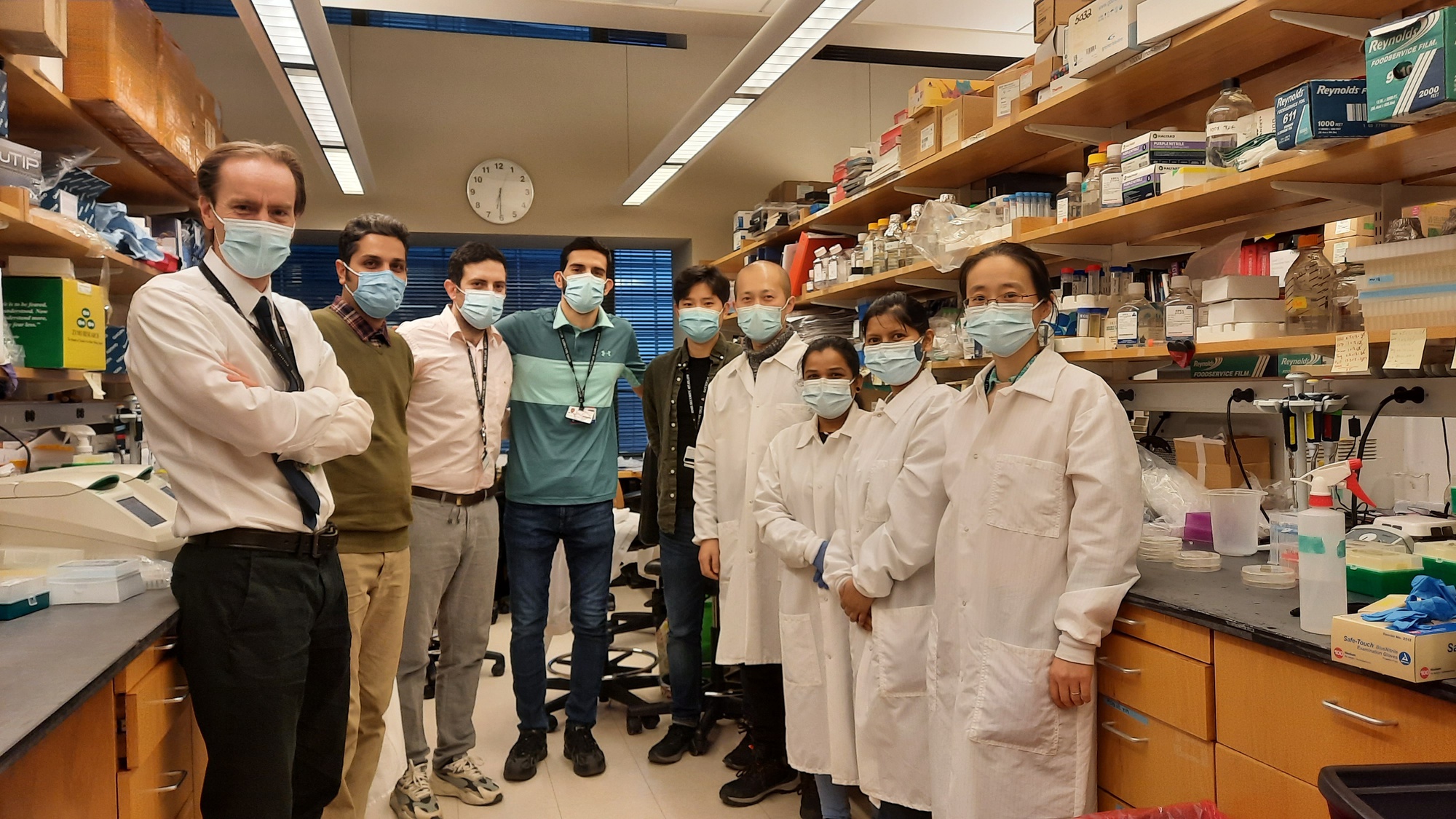 Duane R. Wesemann (on the left) was one of the leaders of the Harvard Medical School team that did the studies/File

The team found evidence that people who had been infected and vaccinated, as well as those who had been vaccinated and boosted, could have a strong and broad response to all variants, including Omicron, which is the dominant variant in the world since last december. Furthermore, the researchers found that memory of previous infection with common cold coronaviruses — which are mild viruses that circulated before SARS-CoV-2 — could be responsible for the robust and sustained immune response in a small subset of unvaccinated individuals. recovering from COVID-19. These individuals, known as “holders,” experience a rapid resolution of COVID-19 symptoms and have a prolonged and sustained antibody response.

“We’re very excited about this idea that some people keep their antibodies and have memory B cells that can react across the variants, which raises some interesting possibilities when we think about a coronavirus vaccine,” Wesemann said. 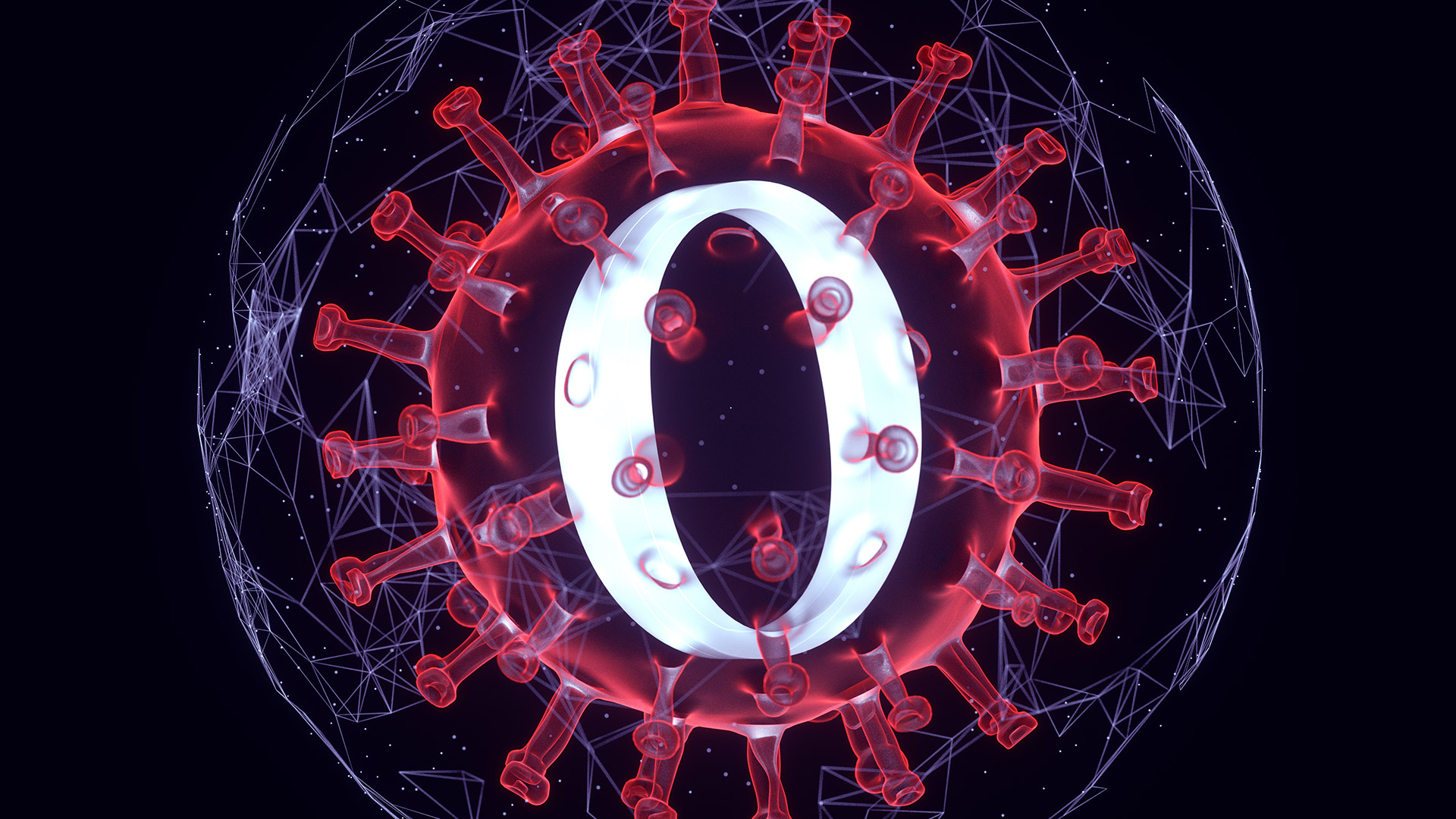 The works take into account the coronavirus and its evolution that generates different variants, such as Ómicron / Archive

Meanwhile, in a third study Led by Dr. Andrew Luster and Dr. James Moon, both of the Center for Immunology and Inflammatory Diseases and the Division of Rheumatology, Allergy and Immunology at MGH, the researchers sought to better understand the role of CD4+ T cells in immunity against the COVID-19. They directly identified cells that recognize SARS-CoV-2.

Analyzing blood samples from patients who had recovered from infection during the first wave of the pandemic in Boston, found that certain subsets of CD4+ T cells—circulating follicular helper T cells (Tfh) and T helper-1 (Th1) cells—were more common in individuals who had milder disease and did not require hospitalization. This cellular response appeared to persist for several months. That could give the immune system a head start for subsequent exposure to the SARS-CoV-2 coronavirus, including variants.

In addition, coronavirus-specific follicular helper T cells were found to be more common in the same group of antibody “holders” seen in Wesemann’s study. That result suggests a relationship between these T cells and longer antibody responses. 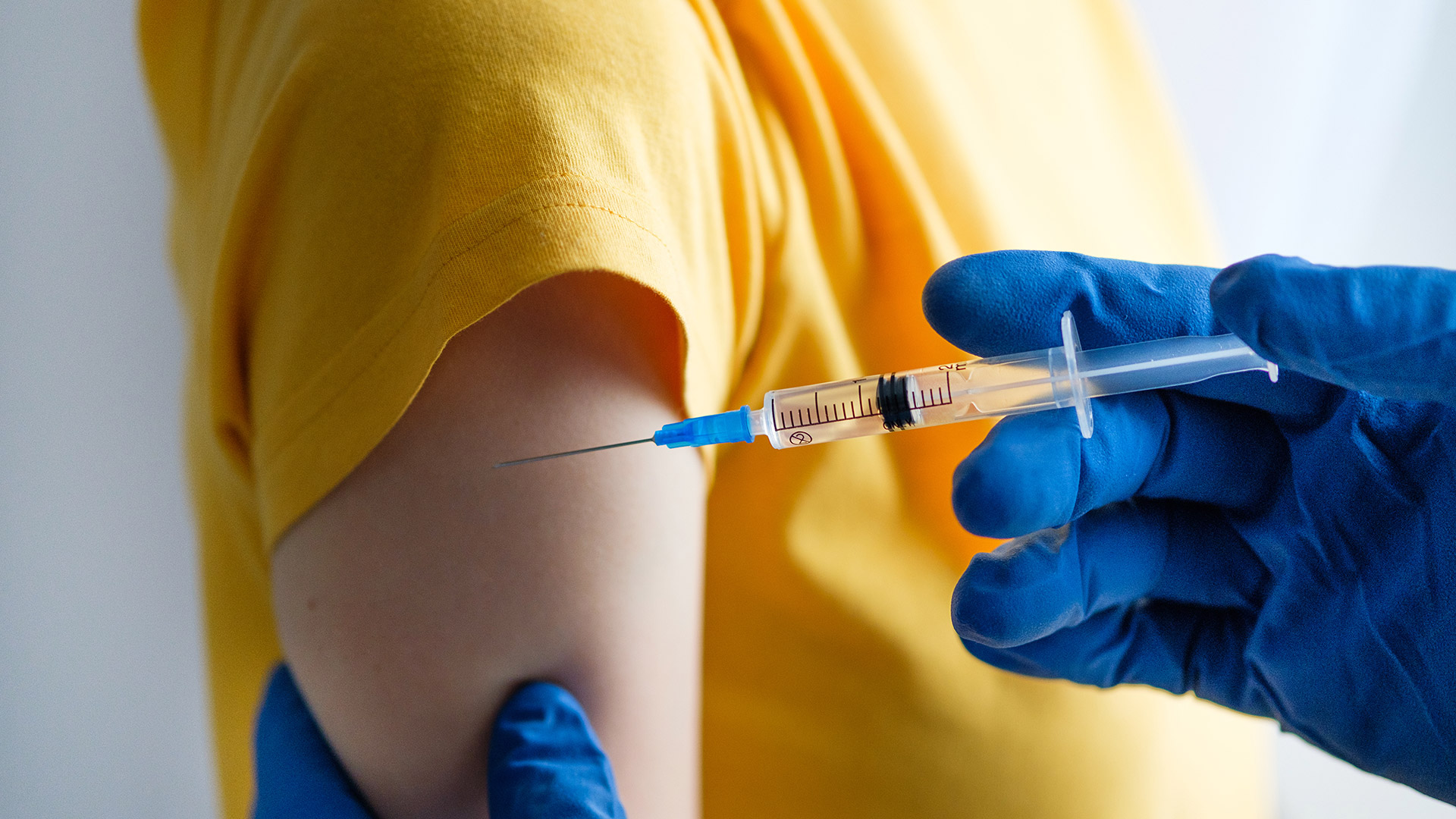 “Our study shows that the quality of the CD4+ T cell response to the SARS-CoV-2 coronavirus was better in patients with less severe infections, and that this was reflected in the presence of sustained antibodies. This supports the general immunological theory that optimal antibody responses require robust help from CD4+ T cells and that vaccines should be designed to also maximize responses from this component of the adaptive immune system,” said Luster.

Wesemann, Luster, Moon and their collaborators continue to test samples from people infected with or vaccinated against COVID-19 to identify immunological characteristics that may confer the broadest possible immunity against coronaviruses and their variants.

Endemic or syndemic?: what is the future of COVID-19, according to experts
Light can alter the biological clock and interfere with recovery against COVID-19
Why can people be infected multiple times in the year from COVID?
Why some people have more severe cases of COVID-19