Does a high number of sexual partners increase the risk of cancer?

Without being able to establish a strict cause and effect link, an observational study has nevertheless highlighted a potential association between the number of sexual partners and the risk of cancer.

A team of researchers from Canada, Austria, Italy, the United Kingdom and Turkey studied data from theEnglish Longitudinal Study of Aging (ELSA), a cohort composed of a representative sample of 2,537 men and 3,185 women over 50 years old and living in England. Their discoveries, published in the journal BMJ Sexual & Reproductive Health, show a significant statistical association between the number of partners identified over the course of a lifetime and diagnoses of Cancer in men, as in women.

For this study, participants had to report the total number of their sexual partners (0-1; 2-4; 5-9 or 10 and more). They also assessed their condition health (and declared diseases) and specified their age, ethnicity, marital status and income. They indicated if they were smokers, if they had depressive symptoms and if they practiced sports activities.

For both sexes, the high number of partners is also associated with young age, single status, highest and lowest incomes, being a smoker, drinking frequently and intensive practice of sport. The researchers emphasize that this study is based on observations and that a strict cause and effect relationship cannot be established. They note, however, that their results are consistent with previous studies on the development of cancer and hepatitis and that the reasons why observations are different for men and women remain unclear.

Subscribe to the newsletter The daily : our latest news of the day.

Staphylococcus aureus, terror of hospitals Staphylococcus aureus, Staphylococcus aureus, is not an inherently dangerous bacterium for humanity. Most of the time, it only causes small, minor infections. But this sneaky one sometimes hides in hospitals, and takes advantage of an injury to fit into a weakened patient to colonize him and lead to sepsis. There is always time to subject her to antibiotics … but she is becoming more and more insensitive to the drugs that are opposed to her and is developing increasing resistance! © NIAID, Flickr, cc by 2.0

Neisseria meningitidis, main responsible for meningitis Meningitis knows not one, but several culprits. Among the most serious bacterial forms, the main defendant is Neisseria meningitidis, involved in 90% of cases. If there were no treatment, the infection would almost certainly be fatal. Despite antibiotics, one in five newborns and one in four adults die from this meninges infection. © Sanofi Pasteur, Flickr, CC by-nc-nd 2.0

The hepatitis B virus, this terribly infectious STD We talk about it less than HIV, however, it deserves our full attention. The hepatitis B virus is transmitted a hundred times better than the AIDS virus during sex and then attacks the liver cells. Most often, the disease does not progress much and the patient feels nothing. But sometimes hepatitis becomes chronic, as in more than 300 million patients, and gradually destroys the liver cells, leading to cirrhosis or liver cancer, which is very difficult to treat. © Sanofi Pasteur, Flickr, CC by-nc-nd 2.0

The rabies virus, the bite that causes carnage Thanks to the work of Louis Pasteur, rabies has declined significantly around the world. There are still more than 50,000 human deaths on the Planet in 2004 due to the rhabdoviridae family virus. Transmitted by bite, it rushes straight into the nervous system and wreaks havoc there so much that death is almost inevitable. Fortunately, the vaccines are here! © Sanofi Pasteur, Flickr, CC by-nc-nd 2.0

Yersinia pestis, the bacteria responsible for plague epidemics Who does not remember these History courses evoking the plague epidemics in the Middle Ages? Behind all this hides Yersinia pestis, a bacterium that first attacks rodents before attacking humans. The disease most often existing in bubonic form (a bubo being an inflammation and the enlargement of a ganglion), it can develop into septicemic plague and become more deadly and more contagious. In the history of mankind, its mortality is difficult to assess but it is very probably responsible for more than 100 million victims. © NIAID

Bacillus anthracis, the bacteria behind anthrax Anthrax, or anthrax, is caused by a bacteria called Bacillus anthracis, or anthrax. Most often, it enters the body through a wound in the skin. The body then manages to get rid of it on its own. When the bacteria’s spores are swallowed or breathed, however, it’s a whole different story. By air, it is not far from being fatal in 100% of cases. That’s why it inspires bioterrorists so much. © Janice Haney Carr, CDC

Hantaviruses and their terrible pulmonary syndrome The hantaviruses are a little different from the other pathogens presented in this slideshow: they prefer to attack rodents but, sometimes, unfortunately, they can infest a Man. In these cases, their action can be overwhelming. Causing hemorrhagic fevers or hantavirus pulmonary syndrome, they are occasionally very aggressive and commonly fatal. The Sin nombre virus, or Sin Nombre virus (SNV), which we can see in the picture, rarely strikes, but surely. © Brian et al., CDC

The Marburg virus, a real killing machine The Marburg virus is designed to kill but is still a little less deadly than its cousin Ebola. Also causing hemorrhagic fevers, this filovirus kills more than 80% of the people it infects. Its transmission from Man to Man is nevertheless relatively difficult since it requires very close contact between individuals, with transmission by stool, vomiting, urine or saliva. © Frederic Murphy, CDC

The dengue virus is gaining ground It is far from the deadliest and most pathogenic on this list, but it should not be overlooked. The dengue virus, transmitted by Aedes mosquitoes, infects between 50 and 100 million people worldwide. For 500,000 people, especially children, the disease presents itself in a severe form which takes 10,000 souls. A major problem: it has been on the increase in recent decades. It, which was limited to nine countries before 1970, now affects around a hundred states. © Sanofi Pasteur, Flickr, CC by-nc-nd 2.0

Ebola, the virus with the highest mortality? Known since 1976, the Ebola virus, named after a Congolese river, is one of the most deadly. Some of its strains cause hemorrhagic fevers which kill in 90% of cases. This virus has caused several epidemics in Africa, particularly in Sierra Leone, Guinea and Liberia, killing several thousand people. Unfortunately, there is no preventive or therapeutic treatment for this terrible plague. © Frederic Murphy, CDC

The Spanish flu virus, this devastating epidemic of 1918 The year 1918 was a very deadly one, on the one hand because the fighting still took place in Europe and even beyond, on the other hand because a particularly virulent strain of influenza H1N1 prevailed in the whole world. It is believed to have infected one in two Terrans, or 500 million people at the time, and is estimated to have killed between 30 and 100 million people. A real weapon of mass destruction … © Terrence Tumpey, CDC

Clostridium botulinum, the bacteria that poisons botox Clostridium botulinum has a technique of its own for committing murders: the bacteria prefer poisoning. Indeed, it produces one of the most powerful toxins in the world, botulinum toxin. This molecule resists high heat and the acidity of the digestive system, so that when it is ingested, it integrates the circulation and will block nerve communication, resulting in paralyzes that are sometimes fatal. © CDC

The H5N1 virus, the source of the world-shaking flu Appearing in 1997 in Hong Kong, it was only 9 years later that the H5N1 flu caused panic to the whole Earth. The virus (here in gold in dog cells), transmitted to humans only by contaminated birds, is fatal in 60% of cases. In August 2012, WHO counted 608 people who had contracted the virus since its inception, for 359 deaths, even if many mild or asymptomatic cases could have been not counted. Scientists remain concerned, however, because the pathogen is still circulating in nature and it is known that a few mutations may be enough for it to become contagious in humans. In this case, the deaths could be counted in millions… © CDC

HIV: the AIDS virus and its 30 million victims Since 1981 and the date of its discovery, HIV (the little green balls in the picture) has killed around 30 million people worldwide and is still spreading. This retrovirus generates AIDS (Acquired Immunodeficiency Syndrome) and especially ravages poor countries, those of the African continent in the lead. However, there are therapies that block the progression of the virus in the body and allow patients to live with HIV without declaring AIDS for very long years. But these are struggling to export outside of the rich countries. © Goldsmith et al., CDC

Did you like this article ? Don’t hesitate to share it with your friends and help us to promote Futura :)! The editorial team thanks you. 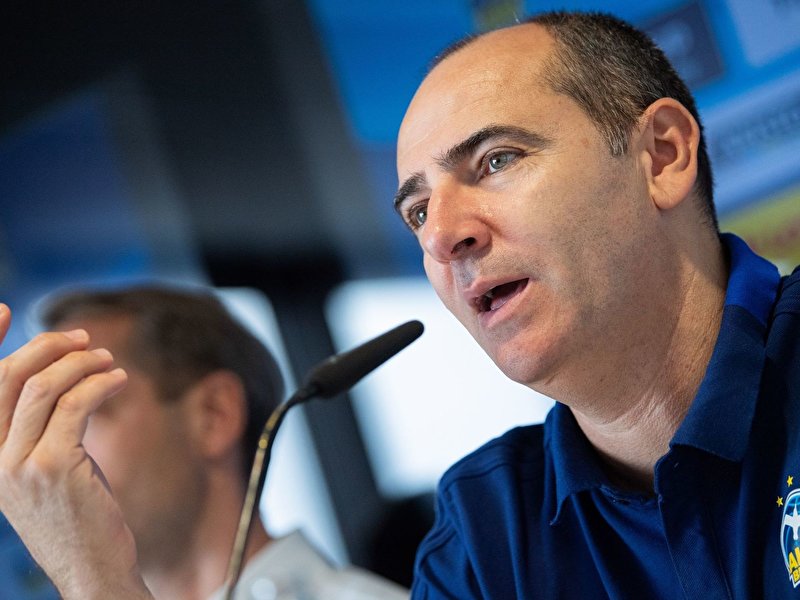 There was not so much loss this year. Kad fiftn se hod, k Halepov. A and US Open 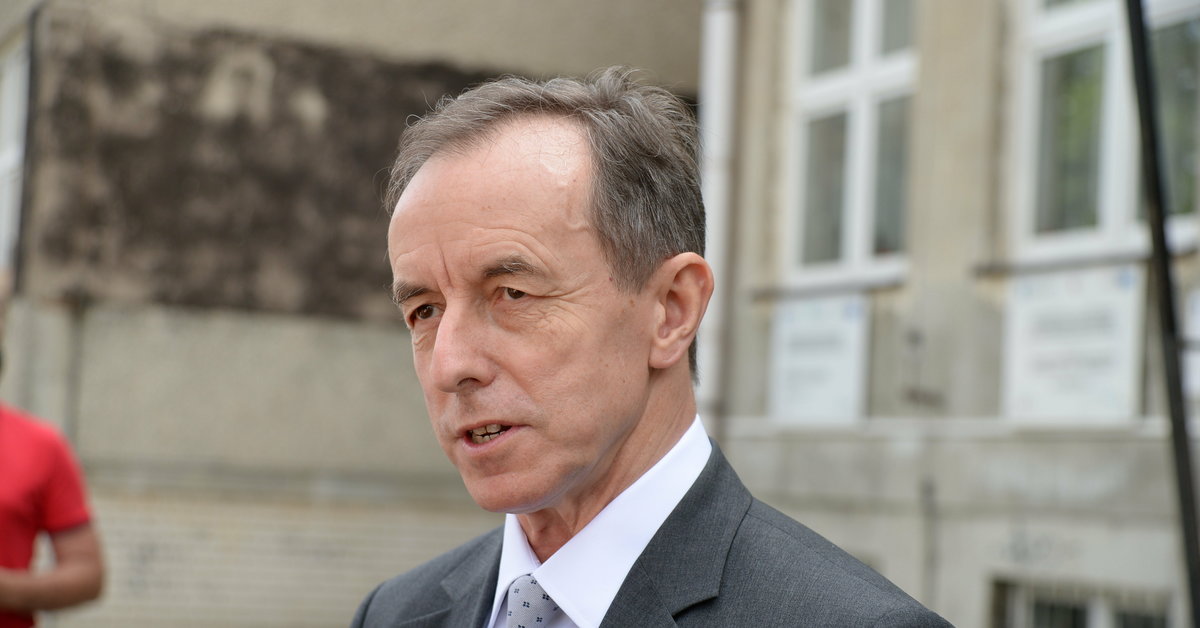 Grodzki does not believe opposition senators will join PiS

Van Dissel is gloomy about Christmas, hopes that measures will end in the summer