Anger over opinion posting in the New York Times media 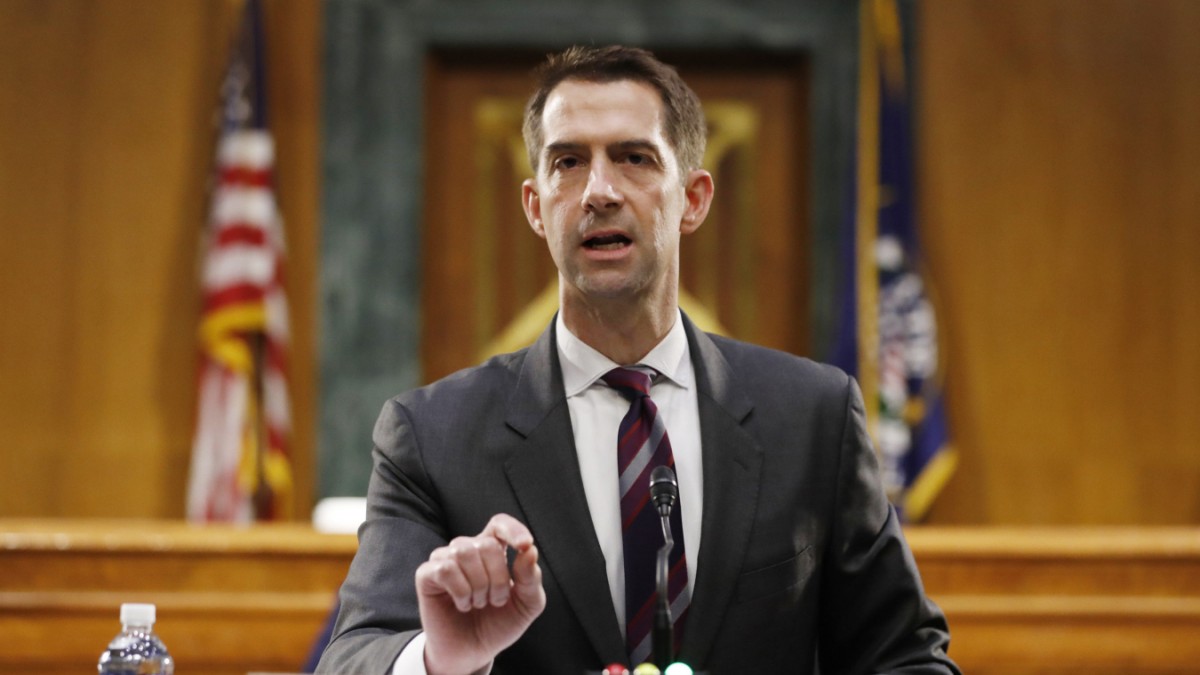 The text by Republican Senator Tom Cotton was still on the homepage of the Friday New York Times to read. In a guest post on Wednesday, Cotton called for the military to be used against the rioters who had looted shops in several American cities in the days before and set cars on fire. The text not only led to angry reactions from the predominantly liberal Times readers, it also caused a lot of trouble in the editorial office. Dozens of reporters ventured their displeasure on Twitter. It is extremely unusual for journalists to act so decisively and in such numbers against their own paper.

Cotton takes the view in his text that the protests were hijacked by left-wing extremists. They are “nihilistic criminals” whose actions are excused by some liberal politicians. He named New York City Mayor Bill de Blasio, who stood by and watched while Manhattan was sunk in lawlessness. That Cotton takes this view is nothing new. He had made a similar statement on Twitter and received approval from Donald Trump.

The Times publishes opinions every day on an op-ed page that is not written by the newspaper‘s staff. The idea is to present the readers with as diverse a range of external opinions as possible. These texts are among the most widely read. When it became clear that Cottons words caused at least a lack of understanding among the readership and the editorial team, the opinion editorial team first pointed out the importance of diversity of opinion.

Several journalists argued on Twitter that the call to bring the military into the cities endangered their black colleagues. In addition, the thesis that the protests were hijacked by the Antifa has long been refuted. As the pressure increased, opinion leader James Bennet felt compelled to defend the publication. Among other things, he wrote that Cotton had published his opinion anyway, and so they did Times– Readers will have the opportunity to get a firsthand understanding of the Senator’s views. Bennet later admitted that he had not read the text before publication.

On Thursday evening the Times issued a statement in which it was said that the publication was due to a “hasty editorial process”. The text did not meet the standards of the paper. Since Friday there is a link to an article by opinion leader James Bennet at the beginning of Cottons contribution, which explains again in detail why the Times published the text. By now he should have read it himself.

Back to work – Regional Directorate Baden-Württemberg

The sharpest Hyundai in Nošovice is showing after the facelift

Sports with physical contact in NRW allowed from May 30th

Prime Minister De Croo: “Do we want a lockdown? No? Then we’ll …