Zambombazeee! ‘Dog’ Bermúdez launches a line of t-shirts and other notes so you can forget about COVID – El Financiero 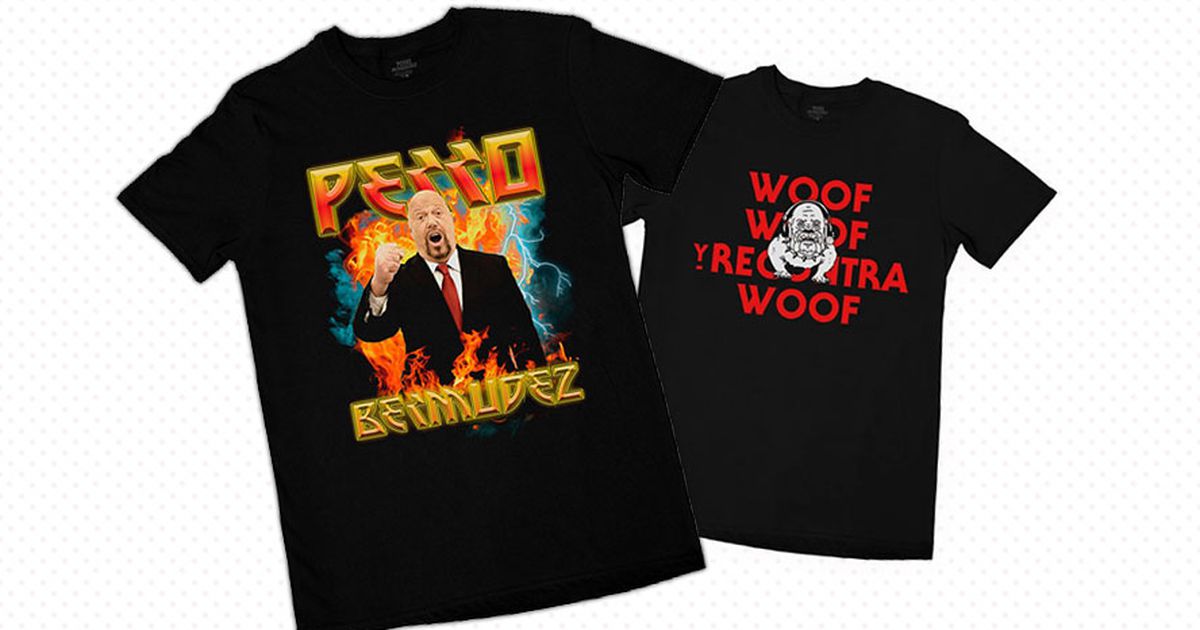 This Monday we have information for you about the new clothing line of the ‘Dog’ Bermúdez, the tribute that NASA paid to a Mexican scientist, the trailer for ‘Loki’, a Disney + series, and more.

The ‘Dog’ Bermúdez, He joined the club of Lolita Ayala, Pedrito Sola and ‘El Doctor’ Luis García, and launched a line of shirts with the phrases that have made him famous.

Among the phrases that you can find in the official collection of the sports narrator are “Zambombazeee!”, “Woof Woof and recontra Woof”, “Come on, Girls !!,“ Tirititite ”, among other prints.

The prices of the t-shirts, which you can find clicking here, they go from 399 to 450 pesos.

“Multi-globalist storyteller, father of inclusive language and author of Versailles nicknames”, this is how ‘El Perro’ Bermúdez is described.

He has more than 40 years working in the media and has covered events such as 11 World Cups, seven European Cups, seven America’s Cups, three editions of the Olympic Games and four Confederations Cups.

NASA names a mountain on Mars in honor of Mexican scientist

NASA will pay a very special tribute to a Mexican scientist: it will name one of the mountains of Mars in his honor.

Is about Rafael Navarro Gonzalez, a researcher at the Institute of Nuclear Sciences (ICN) of the National Autonomous University of Mexico (UNAM), who collaborated with the agency in the development of the Sample Analysis at Mars (SAM) team, a portable laboratory that analyzes the chemistry of Martian soil, rocks, and air.

Read Also:  'Electricity charge' fluctuates depending on the oil price... It falls now, but in the future?

Navarro, who passed away earlier this year due to the COVID-19 pandemic, helped lead the team that recognized ancient organic compounds on Mars. Many of his accomplishments also included identifying the role of volcanic lightning in the origin of life on Earth.

The ‘Rafael Navarro’ mountain is located northwest of Gale crater, near Mount Sharp, where the exploration robot works Curiosity that arrived on Mars in August 2012.

The region is rich in clays and one of the most sulfate-rich in minerals, which can help scientists better understand changes in the red planet’s climate that brought it to its current condition, explained Ashwin Vasavada, a scientist at NASA’s Jet Propulsion Laboratory.

This Monday the new trailer of Loki, God of lies, the next big production of Disney+ in series format, which will star Tom Hiddleston, who embodied the character of Marvel Cinematic Universe.

After his successes Wandavision and Falcon and the Winter Soldier, Marvel Studios and Disney + they will premiere their next series in television format. This trailer comes on the heels of a teaser promoting the series that was announced last December.

In Avengers: Infinity War we all saw the villain Loki die in a selfless act. By dying before the catastrophic events caused by Thanos, he was not resurrected along with the rest of the characters in Endgame, but his new series confirms that he is still alive.

Read Also:  T-Mobile will give schoolchildren thousands of SIM cards with free internet. Do you want too?

Saúl ‘Canelo’ Álvarez responds to a call for help in social networks of a follower. The woman’s name Sahiye Cruz Villegas, commented that urgently requires a transplant and that he uploaded a video characterized as the Mexican boxer to contact him.

“This time I characterize myself as Canelo to appeal to your heart. It is very tiring to be undergoing hemodialysis, my body can take less and less and there may be repercussions, that’s why I need a transplant“, He said Sahiye Cruz through a video posted on his Twitter account.

“I make this call to Canelo to tell him that I am looking to live, a new opportunity for life through my transplant. What I need is to collect almost 500 thousand pesos and I call on Canelo so that he can help me with whatever he can, ”he commented.

Without further ado, Canelo Álvarez wrote on his official Twitter account: “A phone number please”, so that he could get in touch with Sahiye Cruz Villegas. “I have it,” the Mexican champion wrote again.

The Jalisco boxer, like the filmmaker Guillermo del Toro, has been characterized by responding to other people who need support or help, as was the case of the boy David Antolín, whom he helped with his lung transplant.

Sophia is a robot with many talents: she talks, jokes, sings and even makes art. In March, he caused a stir in the art world when a digital work he created as part of a collaboration sold at auction for $ 688,888 in the form of a non-fungible token (NFT).

Read Also:  Esprit plans to close around half of the stores in Germany

The sale highlighted a growing frenzy in the NFT market, where people can buy property rights to digital content. Each NFT has a unique digital code kept in the blockchain ledgers that allow anyone to verify the authenticity and ownership of the items.

David Hanson, CEO of Hong Kong-based Hanson Robotics and creator of Sophia, has been developing robots for the past two and a half decades. He believes that realistic-looking robots can connect with people and help industries such as healthcare and education.

Sophia is the most famous robot creation from Hanson Robotics, with the ability to mimic facial expressions, hold conversations, and recognize people. In 2017, she was granted Saudi Arabian citizenship, becoming the world‘s first robot citizen.

“I envisioned Sophia as a creative work of art herself, that could generate art,” Hanson said in an interview.

“Sophia is the culmination of many arts and engineering, and the idea that she could then generate art was a way of connecting emotionally and visually with people,” he said.