A party to celebrate freedom

‘The cage of madmen’ 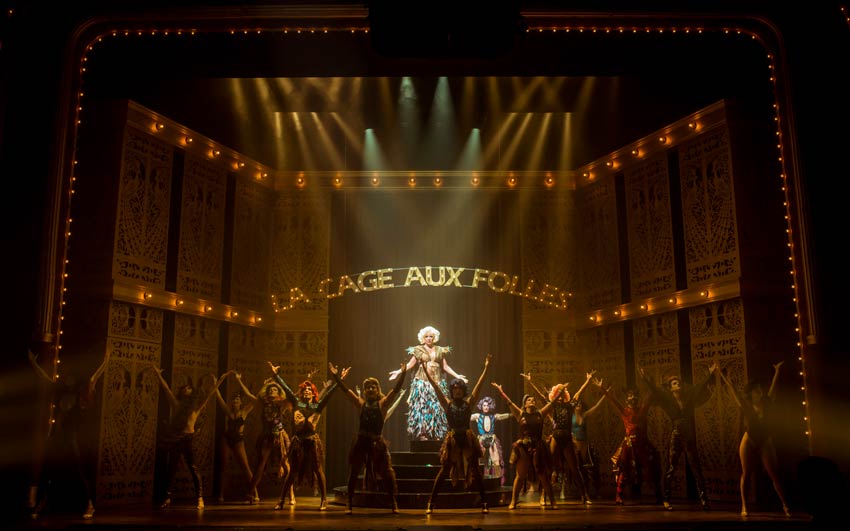 Arriaga, from 18 August to 11 September (different times), from 20 to 59 euros. L’Arriaga joins the desire for fun of the people of Bilbao, who are finally resuming their parties, with “La Cage de las Locas”, a Broadway musical that has brought its exaltation of freedom and joy to stages around the world. world to live. It was first presented in 1973 as a play, written and performed by Jean Poiret, and has been on the bill for fifteen years. It made the leap to Broadway in 1983, converted to a large-format musical. The Spanish version carries the Nostromo Live label, with choreography by Miryam Benedited.

It arrives in Bilbao from August 18 to September 11 with a cast of 24 artists and musicians directed by Manu Guix and Ángel Llácer, who also plays one of the main roles, alternating with Iván Labanda. The sensual and glamorous Zaza is the alter ego of Albin, who together with Georges runs a nightclub in Saint Tropez. The couple’s life is turned upside down by the arrival of Jean Michel, Georges’ son, who will marry the daughter of an ultra-conservative MP. The meeting between two families that could not be more different gives life to delusional situations and a story that speaks of “love, of accepting each other, of loving each other”, say its protagonists. With songs like ‘I am who I am’ and ‘Life begins today’ and bold staging, the goal is that every performance – and there will be 30 in Bibao – becomes a party.

Dances and cheating at the court of Ferdinand VII

‘The climber of the palace’ 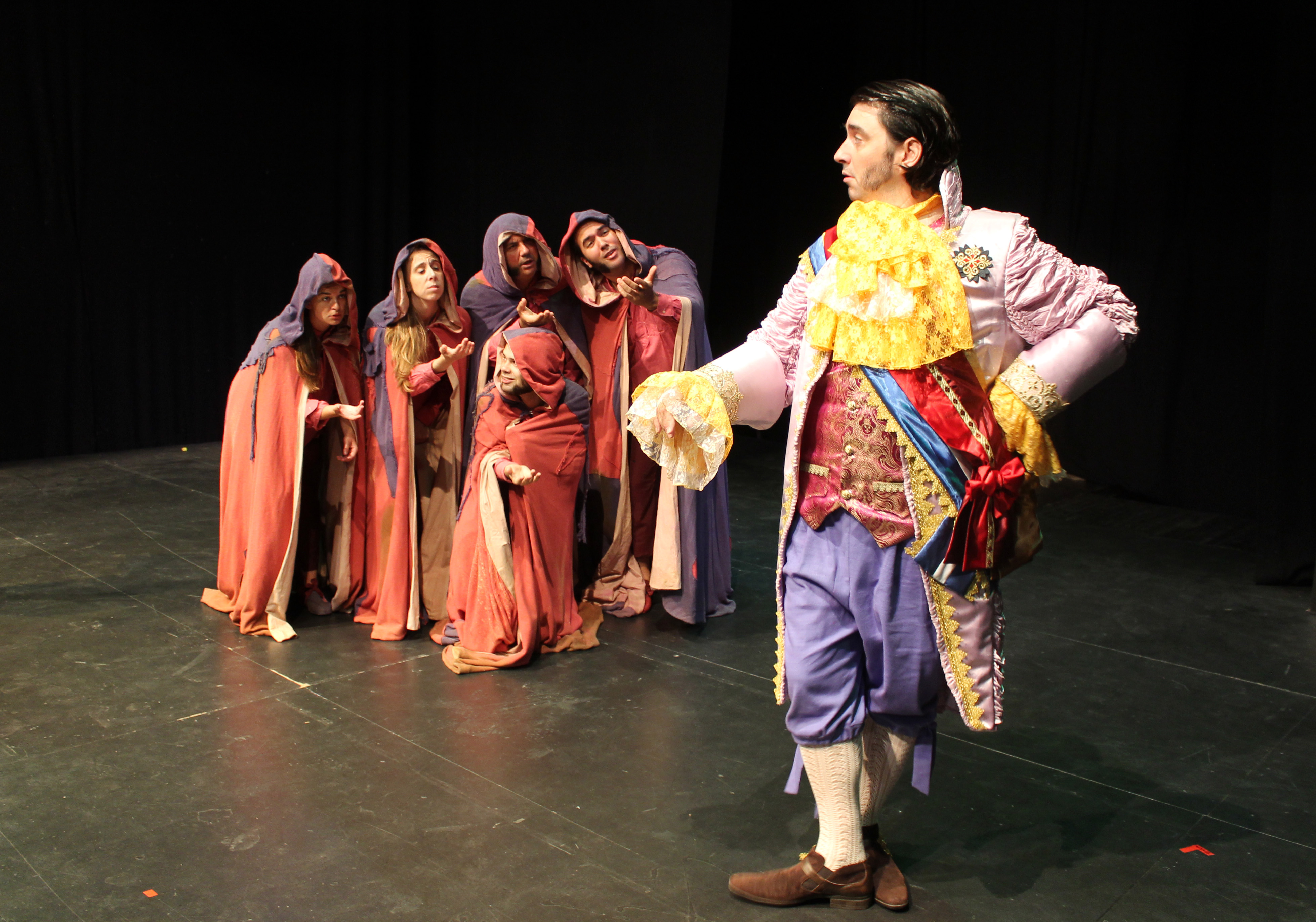 Hall 6, from August 19th to September 11th, 8pm, € 17. The adventures of Antonio Ugarte, a young man from Biscay who came to the court of Ferdinand VII as an apprentice and entered the halls of the aristocrats to teach him to dance, inspired the comic musical “El Trepa de Palacio”. Hall 6 recreates a historical episode of corruption through buffoonery, song, dance and, above all, interpretative work.

Felipe Loza directs a production with dramaturgy by Braulio Cortés that seeks fun and invites us to ask ourselves how far we have progressed in these two hundred years. Diego Pérez plays the careerist who came into contact with the king and Aitor Echarte Merino, Leire Ormazabal, Nahikari Rodríguez, Unai Elizalde Zamakona and Yeray Vázquez give life to different characters from all social spheres. Attention to the wardrobe of Betitxe Saitua, an important piece in the game of interpreters.

Journey to the Bilbao of Pichichi 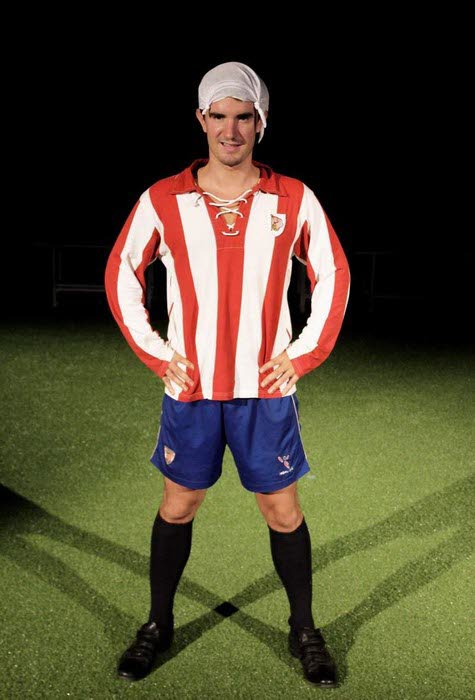 BBK room, from 21 to 28 August, 19:30, 15 euros. Those of us who saw “Yo soy Pichichi” when it premiered at Pabellón 6 in 2018 (it aired for two seasons) are glad it’s back on the billboard across the estuary. Sala BBK is betting on the tragicomic cabaret of Lander Otaola to celebrate the rebirth of the holidays and on the occasion of the centenary of the death of Rafael Moreno, the first Spanish professional footballer, in his youth. Pichichi was “a rock star” for his author, he had a short and intense life that left his mark.

A very personal figure that we do not know as well as we think. The opera directed by Patxo Telleria is “a Chirene tribute full of famous songs for dancing, singing, crying and laughing,” says the art team. Together with Otaola – who plays the protagonist – Ylenia Baglietto, Itxaso Quintana, Felipe Loza and Iñaki Urrutia have embarked on this “journey towards nostalgia and emotion” of a Bilbao that will never return.

What do we do with so much information? 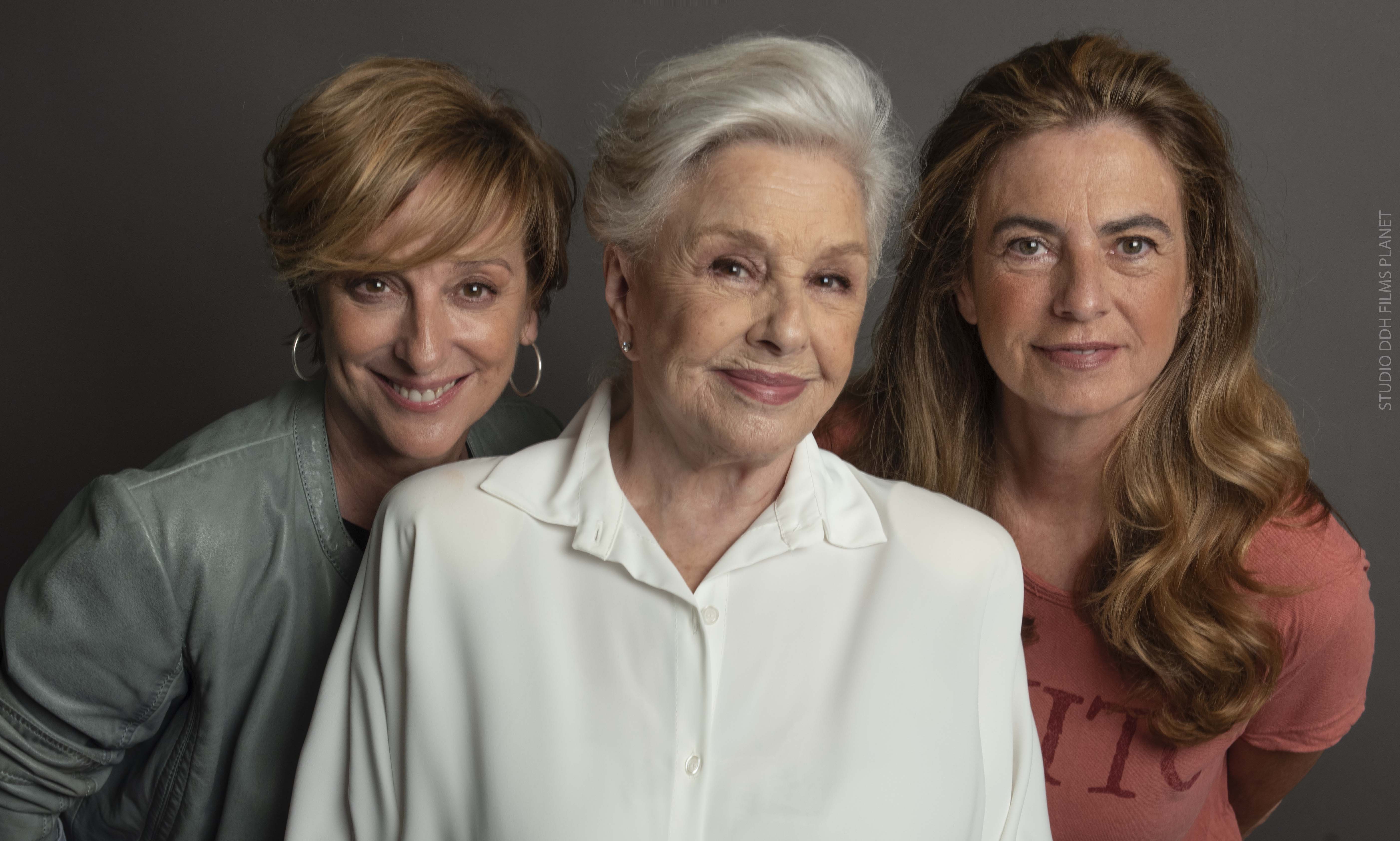 Champs Elysées, August 20-25, 7pm, € 27. Lola Herrera returns to Campos Elíseos, the theater that she has filled twice with “Five hours with Mario”, to present her new project that has just come out. ‘Adictos’ will raise the curtain in Avilés on 12 August and will be on the Bilbao bill from 8 to 25. The comedy written by Daniel Dicenta, the actress’s son, and Juanma Gómez and directed by Magüi Mira, breaks the mold of Aste Nagusia. Instead of comedy, bet on reflection.

This dystopian thriller takes us into a very recognizable near future, with a large computer company organizing our lives. It raises the risks that addiction to screens brings with it, the bombardment of information to which we are subjected without knowing what to do with it, more and more at ease in our passivity. We enter this eerie scenario at the hands of three women who come to life from a solid cast that complements Ana Labordeta and Lola Baldrich.

Critical review of the transition 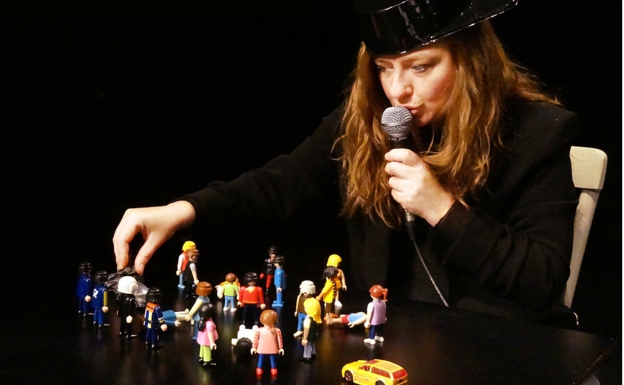 Champs Elysées, from 19 to 23 August, 19:30, 14 euros. The Pacheca Collective brings to the Campos Elíseos the work it developed during an artistic residency in La Fundición. ‘Tarán-tran Transition’ (Rain, Grays and the King’s 5,000 Lovers) ‘combines criticism, humor, royal testimonies and childhood memories of Bea Insa and Ángel Mirou. Both sign the dramaturgy and focus their gaze on Euskadi. They deal with events that are impossible to forget, such as the murder of Yolanda González in Bilbao, the massacre of March 3, 1976 in Vitoria and the feminist revolt of the ’11 Basauri ‘case. This “critical review and with some irremediable tragic nuances” of a historical period “of presumed general consensus” is a multidisciplinary show with the performance of the cellist Ana Ispizua and projections with live video editing by Ángel Mirou.

Euskalduna is a cabaret 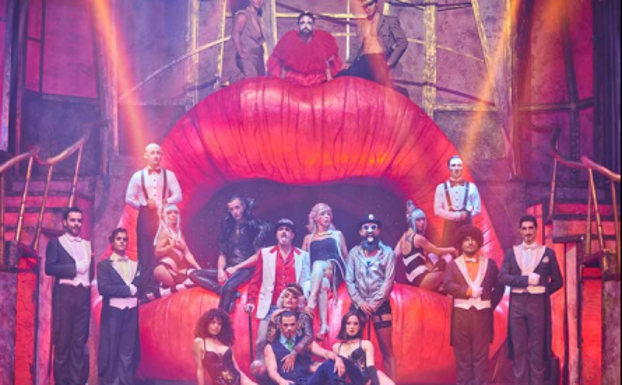 Palazzo Euskalduna, from 19 August to 11 September (different times), from 37 to 56 euros. ‘The Hole X’ is a 10th anniversary celebration of the show that introduced a new format – a mix of cabaret, theater and circus in a sensual and provocative tone – and brought the Biscay production house Letsgo to the international map. From 19 August to 11 September it will transform the Euskalduna auditorium into a space with tables and chairs. As in a 1940s cabaret where the artists recover the original numbers of the first version of the show and present new pieces. With lyrics and presentation by Alex O Dogherty, more than a rogue show, it offers an experience “with the sensuality of burlesque, acrobatics, choreography ranging from musicals to circus and aerial shows”.

Cruce Beitia, in a love triangle 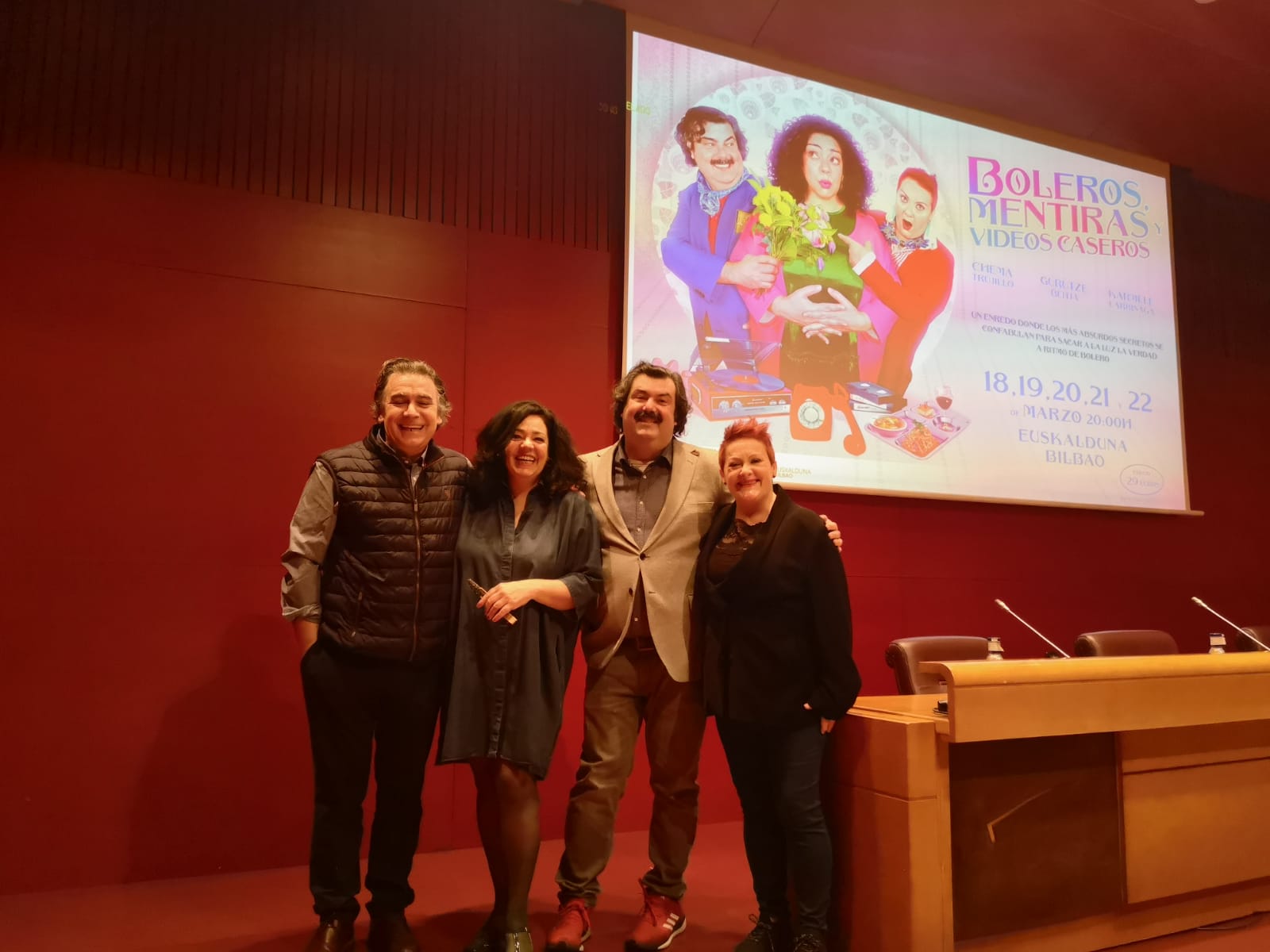 Palazzo Basco, from 20 August to 4 September, 31 euros. Gurutze Beitia says some onlookers “wink at her” at her as soon as they see her on stage. Although she is an actress with a wide range, many identify her with comedy, which is “a great responsibility” for her.

With “Lies, boleros and home video” premiered at Euskalduna, anyone looking for a little fun will be right. The comedy by Portuguese director Celso Cleto tells of a love story with a solid cast. Gurutze Beitia plays Begoña, a divorced woman who meets Julio (Chema Trujillo). She seems the perfect man to fall in love with again, but together with her friend and confidant Cristina (Karmele Larrinaga) she will experience a series of misunderstandings that will give rise to unexpected situations.

Euskalduna Palace, from 20 to 24 August (different times) 31 euros. Edu wants to introduce his girlfriend to a couple of friends and sets up a plan that will be unforgettable, even if not for the reasons she thought. She offers them to participate in an Escape Room game in a place in the Lavapiés neighborhood where the body of a dismembered man was recently found in a shipping container. Thus begins the comedy by Joel Joan and Héctor Claramunt, a well-oiled theatrical artifact that spent an entire season in Barcelona before going on tour and was well received by the Bilbao audience last year. The ever-effective Antonio Molero, Marina San José, Kira Miró and Leandro Rivera play the two couples who, in their efforts to escape that place where strange things begin to happen, will test their wits and their relationship.

Goyo Jiménez, at home in triplicate

Goyo Jiménez’s humor is a sure bet for Campos Elíseos, where he feels at home. This year he will spend ten days in Bilbao, as in the tours of the past, and will immerse himself in the atmosphere of Aste Nagusia. His show ‘Aiguantulivinamerica’ is in triple billboard. Number 2, considered “his most famous monologue”, can be seen on August 18, 21, 24 and 27. The third part, with new characters, on 19, 22, 25 and 28. And whoever wants to remember how it all started, can do it on 20, 23 and 26 with a “renewed and updated” version. His first show based on the comparison between our daily life and the “American way of life” dates back to 2011. He came up with the idea in a friend’s bar and continues to arouse the enthusiasm of a loyal audience.