Subject: eligible / winners have priority in the time hiring
indeterminate in all the Apulian ASLs it is provided for by law and jurisprudence!

The writer OS Cobas Public Employment Puglia, takes note of what was written by
Regional Councilor Maurizio Bruno, in the facebook post of January 13: “Here we are. I’m
really happy to be able to communicate that the situation of the 141 Health and Social Workers of the
province of Brindisi who are in danger of losing their jobs on January 31 has finally landed
in the region for its immediate resolution.

After our requests, the third Advisory Commission of the Puglia Region will meet on Monday 18 to request operational indications on the possible extension of fixed-term assignments.

In particular, as requested by the PD group leader Filippo Caracciolo, the commissioner of
Health Pier Luigi Lopalco and the director of the Health and Wellness Department Vito
Montanaro will report on the procedures to be started to unblock the situation.

As is known, in fact, the Milleproroghe decree approved at the end of December by the government
would allow expiring contracts to be extended throughout 2021, allowing
operators who have given so much in these devastating months not only to keep their own
position, but also to hope in the maturity of the requirements for stabilization.

In my opinion, it would not only be a duty to these professionals, but also necessary for our hospitals which today more than ever need already prepared and
not a replacement in the race “.

On the basis of what the Regional Councilor Maurizio Bruno said, he is noted
that none of the 141 OSS of the Brindisi ASL risks losing their jobs because the
January 31, 2021 represents the natural expiration of a fixed-term contract.
In this story of the Brindisi ASL, who risks losing their jobs is who
took part in a regular public competition based on qualifications and examinations of the OO.RR. of Foggia.

In the opinion of the writer OS Cobas Public Employment with the intervention of the Regional Councilor Maurizio Bruno at the Third Commission “Healthcare,
social services ”of the Apulian Regional Council does not respect the Italian Constitution in
in particular Article 97 paragraph 4 and the Legislative Decree 165/2001, ie the Consolidated Law on
Public employment that governs recruitment in public administrations.
In the hierarchy of sources of law at the top is the Italian Constitution and in
in our case, Article 97 paragraph 4 cannot be waived with the “Milleproroghe decree”.

The “milleproroghe decree” can be applied in the recruitment of OSS where there are none rankings by qualifications and exams such as that of the OO.RR. of Foggia.

Therefore it is requested that in the meeting at the Third Council Commission of the
Puglia Region in the meeting of 18 January 2021 discusses the recruitment of suitable a
indefinite period of staff in the ranking of the OSS competition of OO.RR. of
Foggia as required by law and jurisprudence and cannot be canceled by
a hearing / decision in a regional commission or with a trade union agreement.

For all purposes, it is good to remember that pursuant to article 36, paragraph 2, of
legislative decree 30 March 2001, n. 165, containing general rules on the organization of
work employed by public administrations, fixed-term work is
admitted «to respond to needs of an exclusively temporary nature or
exceptional “, on the contrary the custom of resorting to
type of fixed-term contracts to cover vacant permanent positions, in
contrast with national and European regulations and with the provisions of article 97 of the
Italian constitution.

All the Apulian ASLs are aware that the ranking is final and valid a
all effects and as required by the notice within 120 days must be called in
service the winners, this condition is also valid for the Lecce ASL.

The art. 97 of the Constitution, paragraph 4 provides that: “To public employment
administrations can be accessed through competition “, therefore to work indefinitely
in the public administration, a public competition on time must be passed
undetermined.

An extension of the positions conferred on the ranking only for the titles of the contracts in
expiry in the months of December 2020 and January 2021 extended “until the entry in
service of the personnel of the ranking of the OSS competition of the OO.RR. of Foggia “not
it is temporary and not even exceptional because it goes beyond the period of the health emergency
current as no deadline is set, the lack of a deadline renders it null and void
the administrative act because it is contrary to mandatory rules that cannot be waived by the Directors
General of the Apulian ASL.

This indefinite extension clearly infringes the subjective right of the winners and eligible (..) ven are expressly excluded justifying the chosen with the excuse of “facing the Covid-19 emergency”.

In the aforementioned act there are no regulatory references to support the provisions e
on the basis of which it was issued in addition to explicitly recognizing a primary role of
precedence to the winners and suitable candidates in the ranking of the University Hospital
“Hospitals Reunited” of Foggia.

For all good purposes, it should be noted that the ASL BAT with note prot. 0077863 of 15/12/2020
rejected the request for extension of fixed-term contracts of the rankings for
only securities maturing on 31/01/2021 arguing the denial by stating that the
national and regional legislation do not allow for further extension.

The Minister for Public Administration on 6 November 2020, given the emergency
health care in progress with relative suspension of the bankruptcy proceedings, initiated the
recognition of the competition rankings available for the recruitment of personnel
at the PA. referred to in article 1, paragraph 2, of legislative decree no. 165,
therefore the administrations are invited to communicate the current competition rankings
for the recruitment of executive and non-executive staff for an indefinite period
by 30 November 2020.

The regional sections of the Corte dei Conti, including Marche, Puglia and Veneto, have
reiterated several times the positive orientation on the possibility for the Public Administration
to use for scrolling the rankings of the competitions announced before 1.1.2010 to
31.12.2018 by other public administrations.

Therefore, the single regional public competition for member operators is included Puglia Region Sanitary Ware since it was published in the Official Gazette on 12/10/2018.

The scrolling of the ranking also presupposes that there is an identity of places between
that object of the procedure that gave rise to the ranking and the new requirement
employment contract: the Veneto Regional Administrative Court with sentence no. 864/2011 reiterated that with reference
to the profile and professional category of the post to be filled, it is necessary that
they correspond to those for which the competition whose ranking has been announced
you intend to use.

This is the principle expressed, lastly, by the Court of Cassation with the
sentence no. 7054 of 21 March 2018. The Supreme Court affirms that the decision of
making use of the scrolling of the ranking is equivalent to carrying out all the
phases of an insolvency procedure, with the identification of the further winners and that
scrolling must be arranged safeguarding the principles enshrined in art. 35 of Legislative Decree.
n. 165/2001.

Article 35 of Legislative Decree 30 March 2001, n. 165 “Recruitment of
personnel ”provides that: Recruitment in public administrations takes place with
individual employment contract: “a) through selective procedures, in compliance with the principles of
paragraph 3, aimed at ascertaining the required professionalism, which they guarantee in
adequate measure of access from the outside;
3. The recruitment procedures in public administrations comply with
following principles:

a) adequate publicity of the selection and methods of conduct they guarantee
impartiality and ensure economy and speed of completion, resorting to where it is
appropriate, with the aid of automated systems, also aimed at creating forms of
preselection;
b) adoption of objective and transparent mechanisms, suitable for verifying the possession of
aptitude and professional requirements required in relation to the position to be filled “.

Furthermore, the law n. 3/2003 to art. 9. Use of suitable candidates from public competitions
provides that: “1. Starting from 2003, without prejudice to the provisions of article 39
of the law 27 December 1997, n. 449, and subsequent amendments, regarding
hiring planning, with regulations issued pursuant to article 17,
paragraph 2, of the law of 23 August 1988, n. 400, on the proposal of the Minister for the function
public, in agreement with the Minister of Economy and Finance, the
modalities and criteria with which the state administrations, including legal systems
autonomous, and non-economic public bodies can fill the available places, within the limits
of its staff, using the suitable ones from the public rankings
competitions approved by other administrations of the same trading sector.
All the aforementioned regulatory and jurisprudential interventions have extended the possibility of
use of the competition rankings, through their scrolling, for the recruitment of
suitable non-winning candidates. From these provisions it emerges that it is viewed favorably
the use of rankings for further permanent recruitments but also those
Temporary.

For the above, it is assumed that the suitable / winners of the OO.RR. of Foggia
they must be hired for an indefinite period in all the Apulian ASLs and that the Constitution
(Article 3 and Article 97) as well as the Italian laws (Legislative Decree No. 165/2001 TUPI) and various judgments not
they can be waived by a hearing / decision at a regional commission
or with a union agreement.

Dollar appreciation After the strong US economic data 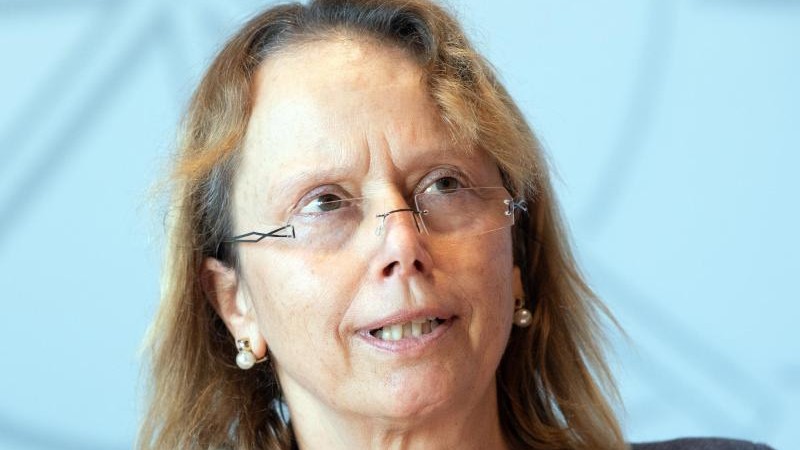 PSG. Rafinha, great victim of the arrival of Pochettino. Sport

Men and women, mourning for Gabriella Maglione: the creepy message

Linda Hakeboom great support for followers: ‘Does me really good’

Bellolio makes it clear: “For the Government, the plebiscite of October 25 is an obligation”