The latest information on the distribution of Covid-19 in Latvia. Rapid growth in Kekava region and Daugavpils – Society and politics – News

There were 273 new infections registered in Riga last day and the total cumulative number of cases in the capital for 14 days is currently 2393 people.

In both Jelgava and Rēzekne, 20 new cases have been registered and the total cumulative number of cases in 14 days in Jelgava has reached 135, but in Rēzekne, due to two weeks since the previous major outbreak in the city, this indicator has decreased to 56 inhabitants.

The calculations of the Agency LETA, which are based on the data of the Central Statistical Bureau on the number of inhabitants in counties by actual residence in 2019 and SPKC data on the last 14 days of illnesses in Latvian municipalities, show that the 14-day cumulative morbidity per 100,000 inhabitants .

Due to the 580 new cases of Covid-19 detected last day, the incidence rate has risen, resulting in an increase in the threshold from which specific safety measures and restrictions would apply to a particular municipality. At present, this limit – 50% above the national average – is 423.9 cases per 100,000 population.

Calculating the number of cases per 100,000 inhabitants in the last 14 days after the changes that took place last day, Limbaži municipality no longer exceeds the 50% limit above the national average, for which additional restrictions were set at another government meeting on Tuesday. In turn, after the registration of 29 new infected people, the level of the incidence of Covid-19 in Ķekava municipality has exceeded the national average by 50%.

In this municipality, according to the calculations of the agency LETA, the morbidity rate has increased to 472.6 cases and thus it is more than half of the national average. In Limbaži municipality, the incidence rate per 100,000 inhabitants has decreased to 392.6 cases.

It has already been reported that 580 cases of Covid-19 were detected in Latvia last day, but nine Covid-19 patients died, according to the data compiled by the SPKC.

During the last day, 8627 Covid-19 tests were performed in Latvia, of which 6.7% were positive. The SPCC has previously explained that this figure is considered important in the European Union, as above 4%, the spread of the disease is considered to be rapid and uncontrolled.

In Latvia, a total of 14,273 people have been infected with Covid-19 so far, but 184 infected people have died. According to the SPKC, there are currently 12,403 active cases of Covid-19 in the country.

The latest information provided by the SPKC shows that the number of persons registered as recovered has increased – from 1,651 persons on November 24 to 1,686 persons today, but this indicator has changed relatively insignificantly in recent months and is much slower than the number of cases.

70,283 dead in France, the tension on hospitals remains high

Grey’s Anatomy: Jessica Capshaw could have played a nurse!

Google Chrome: tricks to avoid consuming a lot of ram memory and be fast while browsing | PHOTOS | VIDEO | Technology

Bundesliga: Yvon Mvogo should not switch to Schalke 04

Unemployment in Hesse is falling slightly 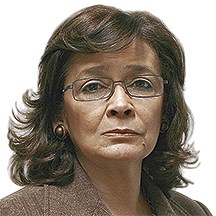 Turn the crisis into an opportunity | Analyze