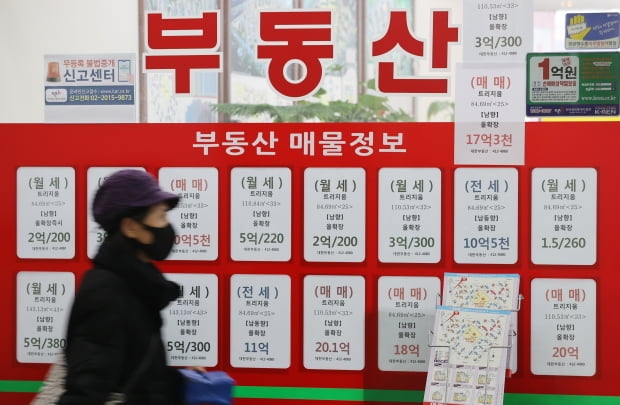 Starting on the 19th, a mandatory residence period will be granted for apartments that are subject to the pre-sale price ceiling system in the metropolitan area. In fact, the’Monthly Rent Prohibition Act’ is enforced. / Photo = Yonhap News

The ‘Jeon Rent Prohibition Act’, which will be enforced from tomorrow (19th), and the related government announced that the market will not be affected significantly. Most of the reactions from the real estate community and related chat rooms say that the government cannot be trusted, saying, “The jeonse crisis will increase.” Even when the second lease law was enforced in August last year, six months ago, he said, “the market will stabilize,” but it caused a surge in jeonse prices and shortages.

Even when the second lease law came into effect last year, the government promised that “there will be no jeonse crisis.” However, President Moon Jae-in and Hong Nam-ki, Deputy Prime Minister of the Economy and Minister of Strategy and Finance, have bowed their heads to the ongoing jeonse crisis. In his New Year’s address last month, President Moon made his first apology for the real estate problem, saying, “I regretted the people who are disheartened by the difficulties of housing.” In November of last year, measures for rent to cheonsei were introduced, but in the market, there is only a change in the rise of the cheonsei market, but the cheonsei price remains on the rise.

According to the Ministry of Land, Infrastructure and Transport on the 18th, apartments subject to the pre-sale price ceiling system in private housing areas in the metropolitan area will be given a mandatory period of residence for two to three years. It is referred to as the’Jeon Rent Prohibition Act’ because the constituents who received the sale must enter and live. All of Seoul is covered, and in the metropolitan area, Gwacheon, Gwangmyeong, and parts of Hanam are covered.

In accordance with the revised bill of the Enforcement Decree of the Housing Act, it will be applied from apartments that announce the recruitment of tenants from the 19th. Limitation on Sale Price A mandatory residence period of 2 years is granted for apartments with a sale price of less than 80% of the nearby market price for 3 years, and for more than 80% to less than 100%. In the case of public housing, the mandatory residence period is 5 years for less than 80% of the market price and 3 years for more than 80% to less than 100%. 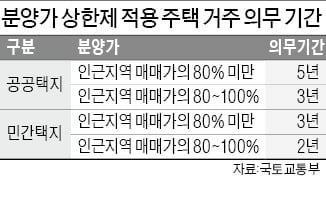 The market believes that the’jeonse crisis’ will inevitably be combined with this amendment to the leasing law that has been in effect since last year. Some people have the prospect of “The Jeonseinan Season 2 will begin”. In the lease market, after the lease second law, which is based on the right to request contract renewal and the rent to cheonsei limit system, came into effect at the end of July last year, a sharp decline in jeonse sales and a surge in jeonse prices appeared. As tenants used the right to request renewal, a dispute occurred in which the purchased landlord could not enter, and the Certified Brokerage Act was also revised to prevent this.

Most of the concerns are that the jeonse crisis will expand as the amount of jeonse that comes out of new apartments is plunged under the cheonsei ban. As the method of covering insufficient funds by receiving a deposit deposit without moving in right away has been blocked, the opposition of’homeless people with a soil spoon’ is also growing.

The government is in the position that “the market is not affected significantly.” In a press release, the Ministry of Land, Infrastructure and Transport said, “Considering the institutional purpose of the pre-sale price ceiling system to provide affordable housing to real residents, it is necessary to introduce the duty of residence.” “There is no change.”

He emphasized the effect of the policy, saying that the timing is aligned with the supply measures the government has put forward. The Ministry of Land, Infrastructure and Transport said, “The duty of residence is applied from the application for recruitment of tenants after the 19th. Considering the construction period, the actual occupancy period is between 2024 and 2025.” It will be in earnest.” The Ministry of Land, Infrastructure and Transport predicted that the inventory of long-term public leases will also reach about 2.4 million households, so the impact on the short- and long-term jeonse market is not significant.

He did not miss the analysis that it was due to speculative forces. The Ministry of Land, Infrastructure and Transport said, “The pre-sale price ceiling system was introduced to alleviate the burden of home users by providing housing at a lower price than the surrounding market price to homeless households.” It is necessary to supply it to real end users first.”

The government has made a forecast for the rental market, but it has missed. It was last August after the lease law came into effect. Shortly after the lease law was enacted, the government announced that “the rent to cheonsei will improve and the rent market will stabilize.” At the same time, it was analyzed that △the implementation of the 3rd Lease Act does not accelerate the conversion of jeonse to monthly rent, △the supply and demand for jeonse in the second half of the year is good, and △4 years later, the jeonse price is unlikely to surge and will be stable.

Read Also:  Grace period for bankruptcy applications: "This is a lazy compromise"

In particular, referring to the supply and demand of jeonse, the government explained that the planned amount of apartment occupancy in the second half of last year was about 110,000 households, which is 17% higher than 94,000 units from 2015 to 2019. It was diagnosed that the relocation demand for maintenance projects such as redevelopment and reconstruction in the second half of the metropolitan area was only about 15,000 households. Seoru also predicted that the jeonse supply and demand situation would be more stable than before, as the relocation demand was only about 5,000 households.

According to the follow-up explanatory data, “It is unlikely that the supply of cheonsei will drop sharply or the price will surge due to the introduction of the lease method.” The cheonsei market will be generally stable.”

The market began to show confusion due to a surge in jeonse prices, shortage of sales, and conflict between the landlord and the tenant. The government announced the 11-19 countermeasures stabilizing the jeonse market in Buryaburya. He pointed out that the cause of the jeonse crisis was not the leasing law, but’low interest rate’ and’household division’. The real estate community said, “Even if the cheonsei crisis intensifies due to the cheonsei ban law, the government will give another excuse.”