Five headquarters will be enabled in the state. A dose of Moderna biological will be applied as a booster. Guanajuato, Gto. January 09, 2022. – The Secretariats of Education and Health of Guanajuato inform that it will be on January 12 and 13 when the vaccination booster day for educational personnel of public and private […] 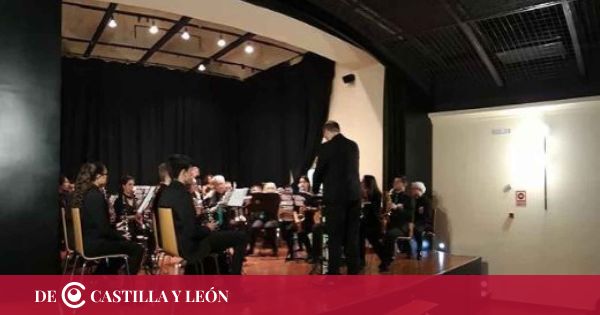 The Tomás Bretón Music Band from Salamanca celebrate this Saturday, December 11 a Christmas concert. Solidarity concert for the benefit of those affected by La Palma volcano, in the municipal center Old Church of Pizarrales. The concert will be directed by the teacher Emilio González Hernández and all the rehearsal work in previous months will […]

Guanajuato, Gto., October 29, 2021.- The screenings of Los Mondays de Cine of the Don Quixote Iconographic Museum (MIQ) return in person as the headquarters of MACABRO: International Horror Film Festival of Mexico City on its 20th anniversary, recognized as the first festival of this genre in the country and one of the most important […]

Guanajuato, Gto. August 23, 2021.- In coordination with the Brease Reconstruction Network Foundation (BRN), the State Secretary of Health began this Monday simultaneously in 5 locations an intensive day of breast reconstruction for 24 patients who overcame breast cancer. More than 48 health professionals participate, including nurses, anesthesiologists and plastic surgeons. The venues are the […]

The state of Guanajuato and its destinations privilege sanitary measures with continuity of economic activities. San José Iturbide is a municipality with easy access to nearby municipalities such as Doctor Mora, San Miguel de Allende, San Luis de la Paz and Dolores Hidalgo CIN San José Iturbide, Guanajuato, August 10, 2021. A variety of family […]

Vaccination for 30-year-old Guanajuato residents in 19 municipalities of Guanajuato, including the capital, begins at 12 noon.

Guanajuato, Gto. August 2, 2021.- Vaccination against Covid-19 in Guanajuato for people between 30 and 39 years old will start this Tuesday in 19 municipalities. The Secretariat of Health of Guanajuato informed that it will be from the pharmaceutical AstraZeneca and the vaccination begins after noon, in Apaseo el Grande, Apaseo el Alto, Comonfort, San […]

Xichú, Gto. July 26, 2021.- Personnel from the State Health Secretariat began the vaccination of people between 30 and 39 years of age in municipalities in the northeast region of Guanajuato. There are 68,800 doses of SINOVAC antiCOVID-19 began to be applied in the municipalities of: San Luis de la Paz, San José Iturbide, Dr. […]