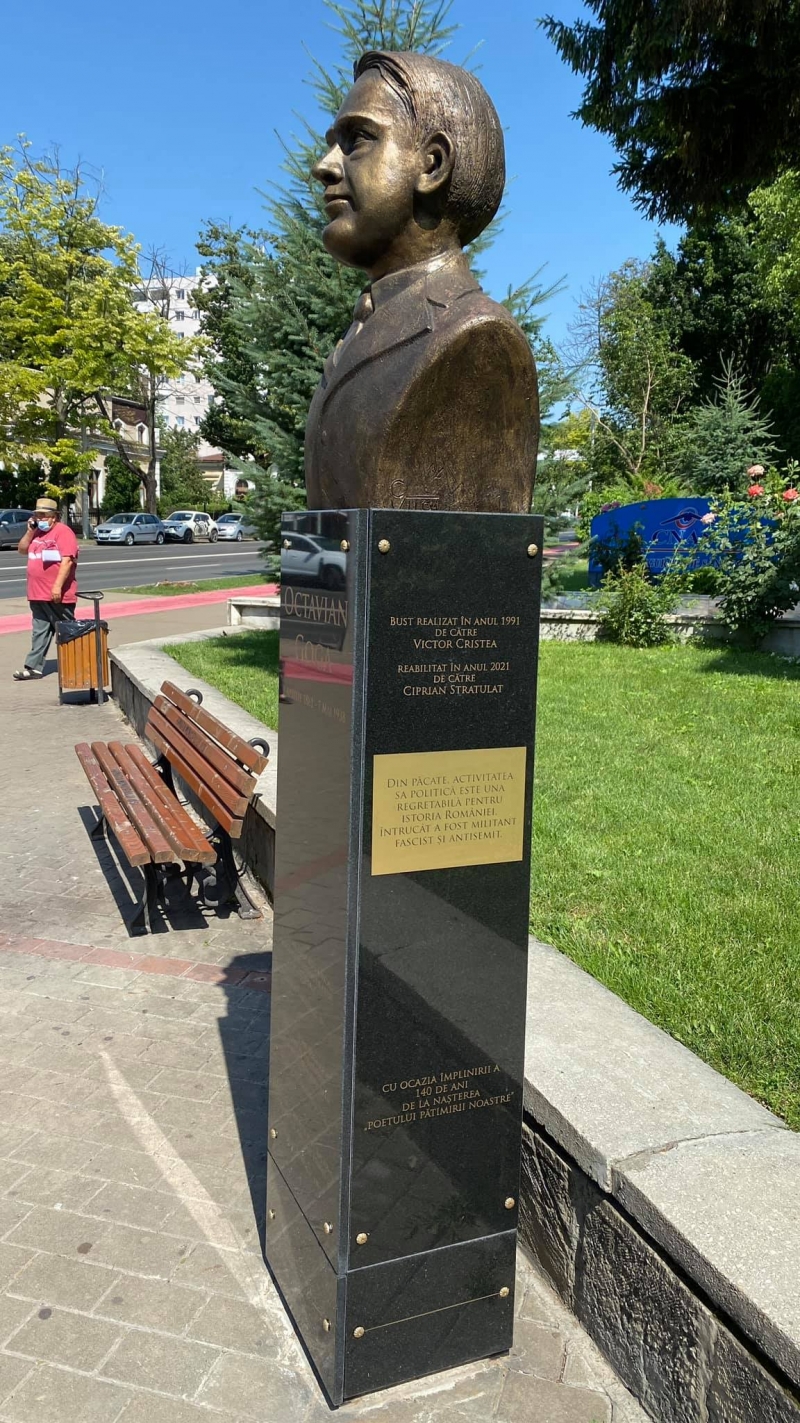 The liberal mayor of Iași decided to place a plaque on the statue of the poet and politician Octavian Goga that reads “Unfortunately, his political activity is unfortunate for the history of Romania because he was a fascist and anti-Semitic militant.” The images were made public by the historian Adrian Cioflâncă. The statue of Goga […]