(ANSA) – NEW YORK, JAN 13 – Netflix relaunches on Disney + and Warner and announces for 2021 a bill of over 70 new films, well more than one a week: a cornucopia of proposals worthy of the largest streaming service in the world that confirms its influence in Hollywood in the months of the […] 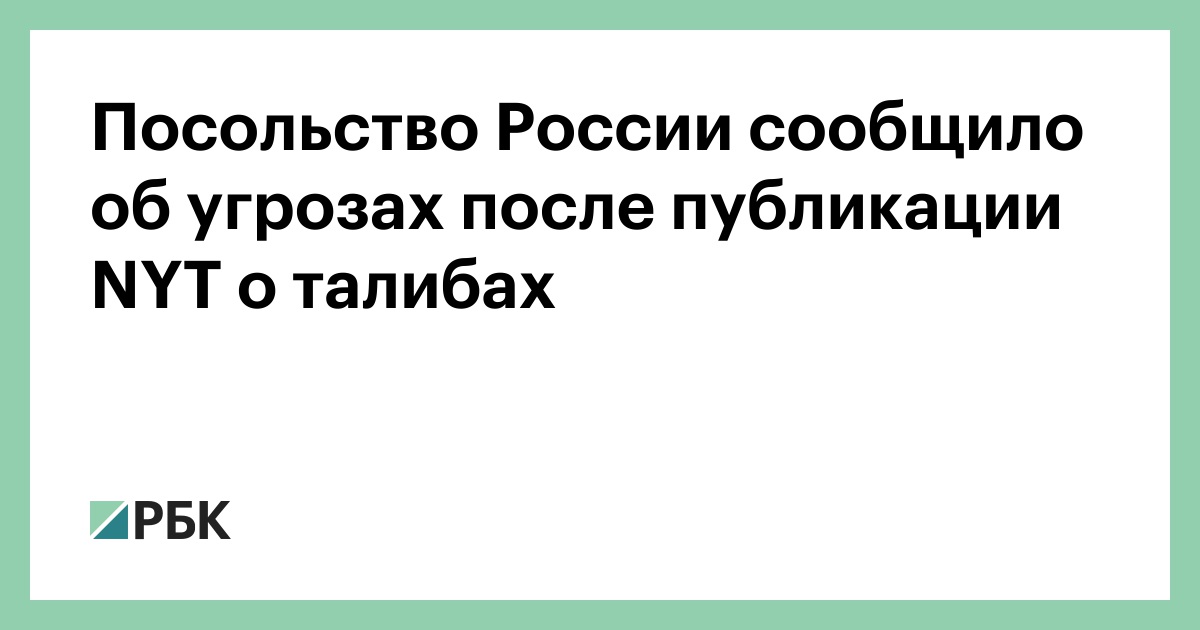 Earlier, the newspaper published an article saying that Russia allegedly announced a reward for the Taliban for the killing of the US and NATO military in Afghanistan. The embassy calls the allegations “fake news” Photo: Ting Shen / Zuma / TASS Employees of the Russian embassies in Washington and London began to receive threats after […]