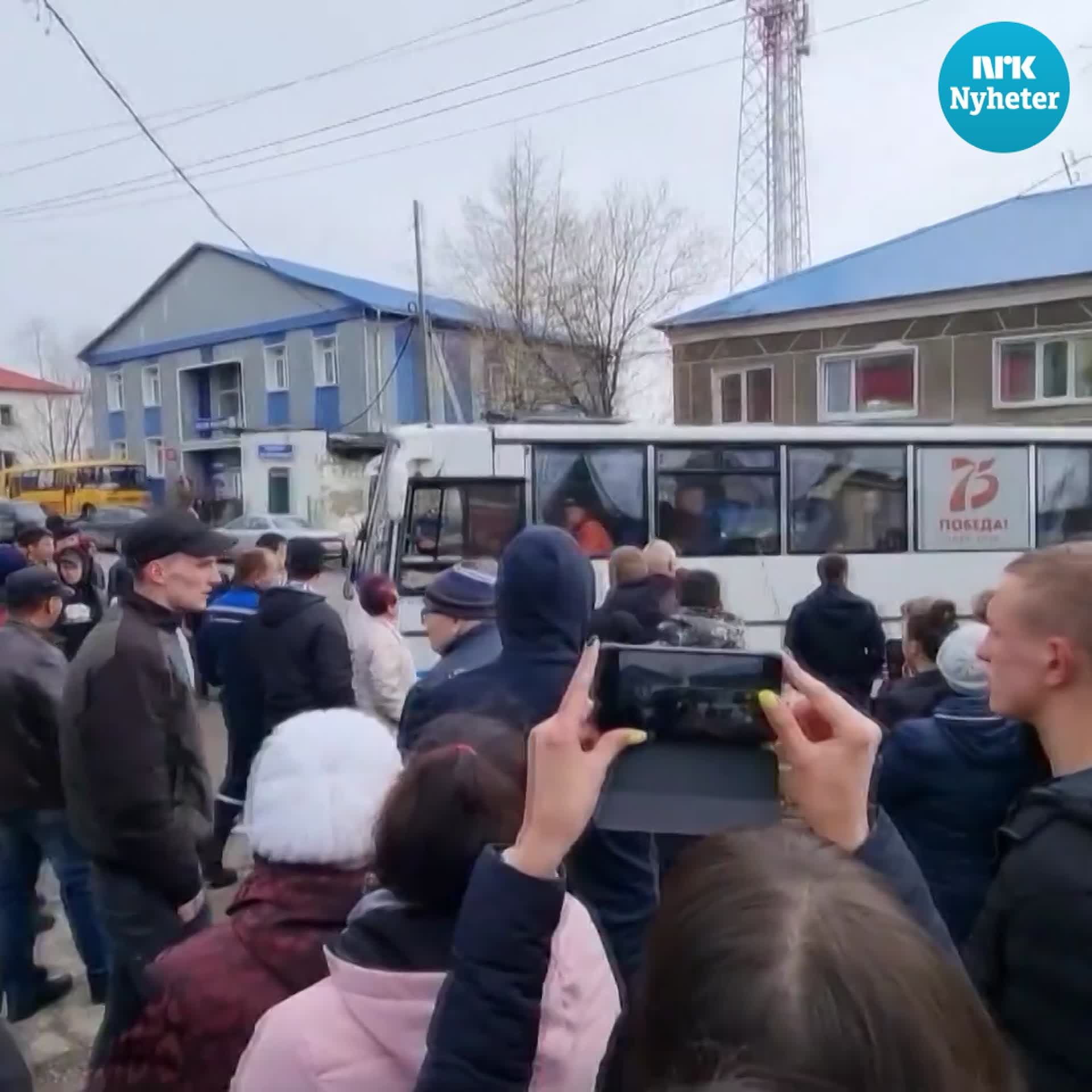 The Russians who took to the streets and protested the war in Ukraine now risk being sent to war themselves.

It is the Russian independent human rights media project OVD-Info, which reports that this is happening in at least 16 police districts including Moscow and St. Petersburg.

According to The Danish radio OVD-Info is now working to provide legal assistance to arrested protesters.

Protesters are said to have been handed summoning papers while at the police station.

On September 21, Russian President Vladimir Putin announced an escalation of the war in Ukraine. According to Putin, this should be done through a “partial military mobilization” by recalling 300,000 reservists to participate in the battles against the Ukrainians.

Just two days after Putin’s speech, everything suggests that all possibilities can be summoned. The Russian army itself claims that 10,000 volunteered to fight in Ukraine.

Viktor Bugreyev lives in Moscow and works with data in a bank.

– Yesterday I received a summons that I must report to the military at 3 pm today, Bugreyev told the Russian media.

He shows the sheet with the citation and adds that he is not a reservist, has never served in the military or has any military experience.

When the reporter asks what he will do now, he quickly replies:

– I have to introduce myself, I have no choice, otherwise I will be tried.

Refusal to be drafted into war is punishable by up to 15 years in prison in Russia.

When President Putin’s spokesman Dmitry Peskov was asked yesterday whether it was appropriate to call the arrested protesters into the army, the answer was: “It is not against the law”.

– It is not a partial mobilization, it is a 100% mobilization, says Alexandra Garmazhapova, president of the Free Buryatia Foundation in Eastern Siberia for The Guardian.

In the past 24 hours, the activist group has received and identified more than 3,000 reports on what they believe is the call to militaries who are not on the reservist list.

The independent think tank Institute for the Study of War they say the Russian authorities are now breaking their promise to only recruit people with military experience.

They also indicate that the messaging service Telegram in a video from the University of the Republic of Buryatia in southern Siberia reveals that the military police hold classes and extract students.

This despite the fact that the Russian Defense Minister Sergej Shoigu they have repeatedly stated that students do not mobilize.

The think tank also writes that the Kremlin is likely to mobilize ethnically non-Russian and immigrant communities at a disproportionate rate.

A member of the Kremlin’s Russian Human Rights Council, Kirill Kabanov, has proposed compulsory military service for Central Asian immigrants who have received Russian citizenship for the past decade, threatening to confiscate Russian citizenship if they don’t mobilize.

Furthermore, the think tank writes that an Armenian Telegram channel has published a mobilization list from Tuapse, on the northeastern coast of the Black Sea, which allegedly consists of 90% ethnic Armenian residents, despite the fact that the Armenian community total of the city is only 8.5% of the population

There are many indications that the military mobilization is much larger than the 300,000 Putin was talking about.

The independent Russian newspaper Novaya Gazeta Europe reported that a source in the presidential administration said Russia was trying to enlist more than 1 million people in the military.

This has not been confirmed by other media. But videos and reports from all over Russia have shown conscription is taking place even in small towns, suggesting the numbers could be much higher.

And it is far from ordinary people in the districts who oppose this.

Russian government spokesman Dmitry Peskov had to defend his 32-year-old son on Thursday after opposition activists accused him of refusing to go to war.

Supporters of jailed Alexei Navalny reportedly called Nikolai Peskov and posed as army recruits. They ordered him to report to the nearest session office. Peskov is said to have refused to accept the order and said he will solve the problem “on a higher level”.

Dmitry Peskov said Thursday that he is aware of the conversation, but that his son’s statements have been taken out of context.

Ask the Russians to protest

Zelenensky is urging the Russians to protest the partial mobilization of reserve forces that Putin announced on Wednesday.

In Zelensky’s daily video speech, he addresses the Russians and claims that 55,000 Russians have already lost their lives in the war.

– Do you want more? No? So he protests, she insists.

Zelenskyy claims that Russians who do not make themselves heard are complicit in “crimes, murders and torture against Ukrainians”.