Silesian Voivodeship. Storms and flooding, over 130 reports to firefighters 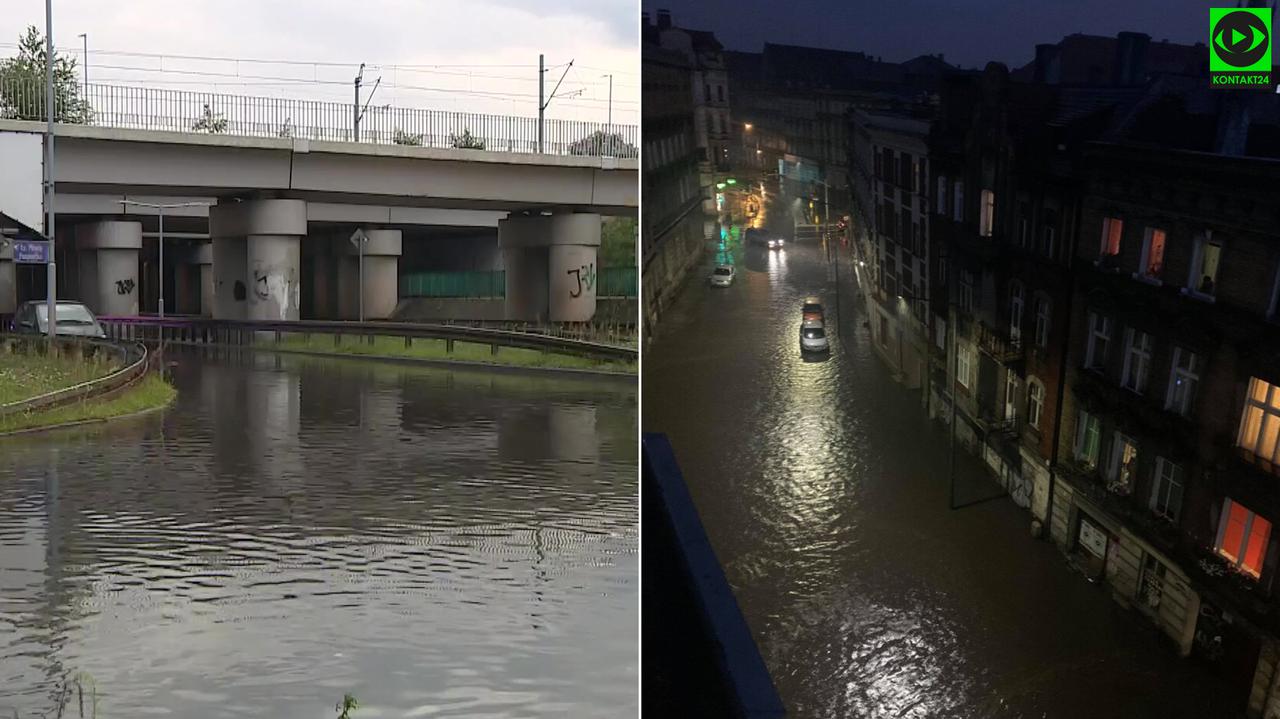 Firefighters from the Śląskie Voivodeship by 9 p.m. on Sunday received 130 reports on the effects of the storms that passed over the region. The most, about 30 reports, concerned the area of ​​the Żywiec poviat – informed Aneta Gołębiowska, spokeswoman for the Silesian fire brigade.

The summons to remove the effects of the storms – as previously reported by the spokesman of the Żywiec fire brigade, staff aspirant Tomasz Kołodziej – began arriving around 17.30, mainly from the area of ​​Milówka, Węgierska Górka and Rajcza. The interventions consisted mainly of pumping out water from flooded basements of houses, clearing culverts and securing washed-out local roads.

READ: “After we have lived here for 45 years, there has never been an event that flooded us so much”

Local media also informed about the interventions of firefighters in Cieszyn Silesia and in the Bielsko-Biała region. They concerned, inter alia, the removal of limbs from roads. There were also temporary problems with traffic on roads where water had accumulated.

In addition, firefighters and policemen participated in the action of hauling pedal boats ashore from the Poraj reservoir in the northern part of the Silesian Voivodeship. Due to the bad weather, their users could not return to the shore. Services helped retrieve two bicycles with four teenagers and two adults. Earlier, the rental owner had towed three other vehicles to the shore.

Flooded streets and passages under viaducts

The afternoon weather breakdown brought heavy rainfall in the Śląskie Voivodeship. In Katowice, some streets and passages under viaducts in the area of ​​the Załęże district were flooded, among others, along the thoroughfare of Bocheńskiego Street. The pool was also established on the Drogowa Trasa Średnicowa in the neighboring Chorzów. The police directed the traffic there to the extreme passable lanes.

On Sunday evening, the Institute of Meteorology and Water Management issued a warning against second-degree storms for the Silesian Voivodeship. Storms are forecast to occur with rainfall ranging from 30 to 50 millimeters in places, up to 60 millimeters locally, and gusts of up to 80 kilometers per hour. It may hail in places.

▷ Can companies use WhatsApp in compliance with data protection regulations?

Red Star – RC Lens (3-2): Franck Haise points to a recurring evil of the Blood and Gold

Catalog: ‘The minimum wage after the tax wedge’ – Economy

Gentle trips to Strasbourg and Grenoble

Rapprochement between social partners on the subject of short-time work