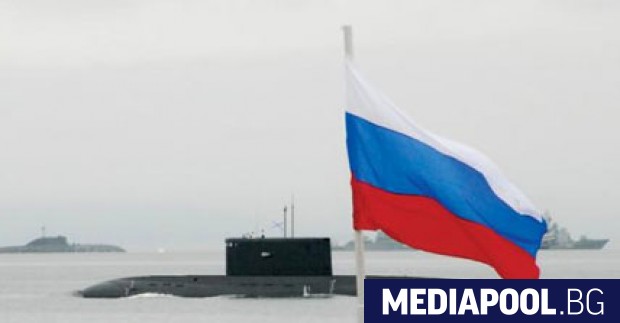 Voting will take place in the Donetsk and Luhansk regions, whose independence Russian President Vladimir Putin recognized shortly before launching his offensive against Ukraine.

A possible accession of the two regions to Russia would represent a significant escalation of the conflict, AFP notes.

According to TASS, deputies of the parliaments of the self-proclaimed People’s Republics of Luhansk and Donetsk voted unanimously to hold a referendum on joining Russia.

A few hours before that vote, former Russian President Dmitry Medvedev said it was “enormously important” that Moscow-backed separatists in Ukraine hold referendums on joining Russia.

In a social media post, Medvedev indicated that making the Moscow-backed Donetsk and Luhansk People’s Republics (DPR and LPR) officially part of Russia was a critical step in securing their interests and could further justify the use of force. military by Russia to protect them.

Medvedev added that after the acceptance of LPR and DPR in Russia, geopolitical changes in the world will become irreversible.

“After the production (of the referendums) and the acceptance of the new territories as part of Russia, the geopolitical transformation in the world will acquire an irreversible character”, wrote the politician.

Russia is moving its submarines from Crimea

The Russian Black Sea fleet has moved some of its submarines from the port of Sevastopol in the Crimea to the port of Novorossiysk in the Krasnodar region of southern Russia, according to Reuters.

The pre-deployment is likely due to a recent shift in the local security situation in light of Ukraine’s increased long-range strike capabilities, the UK Defense Ministry said in its daily intelligence briefing on Twitter.

“In the past two months, the navy headquarters and its largest naval aviation airport have been attacked,” the department added.

Russian company Wagner seeks to recruit over 1,500 criminals to fight in Ukrainea

Russian private military company Wagner is trying to recruit more than 1,500 convicted criminals to join the war in Ukraine, but many refuse to join, a senior US defense official said, according to Reuters.

“Our information shows that Wagner is taking heavy casualties in Ukraine, especially among young and inexperienced fighters, which is not a surprise,” the US official told reporters, speaking on condition of anonymity.

The authorities of the Ukrainian region of Kherson invite residents of unemployed settlements to evacuate for the winter period in the Zakarpattia, Khmelnytskyi and Zhytomyr regions. The corresponding recommendation “in view of the situation in the liberated settlements” was uploaded to Facebook by Yaroslav Yanushevich, the head of the Kherson regional military administration, Ukrinform reported.

According to Janusevich, his recommendation applies in particular to families with children and people with reduced mobility. A “hotline” and a special chatbot (“virtual interlocutor” on the Internet) have been opened for citizens.

Once someone has notified that they want to evacuate, the experts will create a request on their behalf and guide them through the details of the evacuation.

Pro-Russian separatists in eastern Ukraine today sentenced an official from the Organization for Security and Cooperation in Europe (OSCE) to 13 years in prison on charges of “treason”, Russian agencies reported. France Press.

“The judges found Dmitry Shabanov guilty … and sentenced him to 13 years in prison,” said the Supreme Court of the Luhansk Separatist People’s Republic (LPR), as quoted by RIA Novosti.

Detained since April, Shabanov has been accused by pro-Russian authorities of providing “confidential information” to foreign intelligence services, including the US CIA. According to separatist authorities, Shabanov committed these acts of “treason” between August 2021 and April 2022, when he was working as an OSCE security officer on a forward deployed patrol base in Stakhanovskaya. In April, the LPR Ministry of State Security announced that it had arrested Shabanov, as well as another OSCE official in the region, Mikhail Petrov. Last week the OSCE condemned the accusations against the two officials “unequivocally”, defining the “so-called ‘judicial proceedings’ completely unacceptable”. “They were unjustly detained on fabricated charges,” the organization said in a statement, calling for their immediate release.

The local OSCE mission, stationed in the conflict zone since 2014 to try to reduce tensions, has left the two breakaway regions of the People’s Republics of Donetsk and Luhansk after the start of the Russian offensive in Ukraine last February.

The emergency line supplying power to the Zaporozhye nuclear power plant has been cut off, the IAEA says

Yesterday the power supply to the emergency line was interrupted, which supplied the Ukrainian nuclear power plant “Zaporozhie” with electricity for its essential activities. The line has so far been connected to the Ukrainian power grid, Reuters reported, citing a statement from the International Atomic Energy Agency.

But the plant remains connected to one of the main power lines restored last week, the IAEA added in its announcement.

The head of the IAEA, Rafael Grossi, described the news of the emergency line being cut as a step backwards from last week’s progress.

Britain will spend at least £ 2.3 billion on military aid to Ukraine

British Prime Minister Liz Truss pledged today to maintain and even increase the kingdom’s military aid to Ukraine in 2023, France Press reported, noting that Truss was on his first overseas trip as head of government – to the Assembly general of the United Nations.

Hours after Queen Elizabeth II’s funeral, Liz Truss flew to New York for the start of the World Body General Assembly, a forum she intends to use to reaffirm the UK’s commitment to Ukraine during the invasion. Russian.

In a statement, Truss indicated that in 2023 his country plans to maintain and even exceed the amount of military aid for that year: 2.3 billion British pounds (2.6 billion dollars).

“Ukraine’s victories in recent weeks are a source of inspiration,” Liz Truss said after Ukrainian forces retook the territory occupied by Russian troops in a counter-offensive.

“Here is my message to the Ukrainians: the UK will and will continue to stand behind you every step of the way. Your security is our security,” he said.

Her debut on the international stage will also give Liz Truss the opportunity to speak with US President Joe Biden tomorrow at a time when negotiations for a major trade deal with the US (mainly wanted by London after Brexit) , by his own admission, they are firm.

“There are currently no negotiations with the United States and I don’t expect them to start in the short or medium term,” he told reporters on the plane en route to New York.

In addition to Ukraine, the US president will discuss the energy crisis and the situation in Northern Ireland, which is in a political stalemate due to post-Brexit regulations in the British province.

Liz Truss is also expected to hold talks with European Commission President Ursula von der Leyen and French President Emmanuel Macron after refusing over the summer to say whether France was a “friendly” or “hostile” country to the UK.