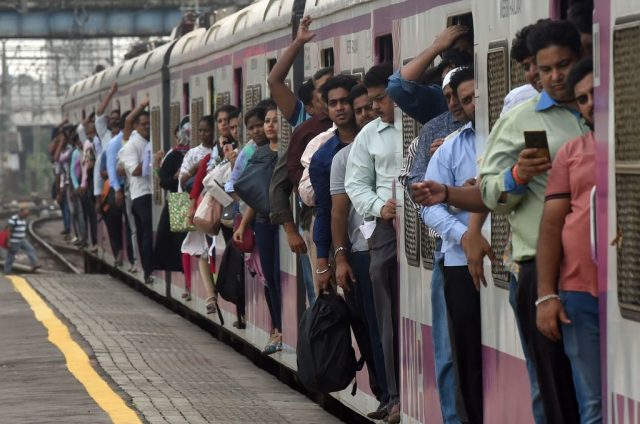 In an increasingly interconnected world, one must be aware of the dangers posed by hostile actors who are able to damage the digital infrastructure, says Austin Bay in his analysis. He sees communist China as such a potential threat to the West.

Let’s start with the relevant facts. Mumbai is India’s largest city (20 million inhabitants), its main financial center (with India’s central bank) and the capital of the state of Maharashtra, which is a financial powerhouse in itself.

These facts alone make Mumbai a destination for any group wanting to weaken India, let alone engage it in a war. Damage to a financial center, for example, has immediate and long-term economic costs.

I’ll give you some recent facts that only “Big Lie” propagandists would deny, but there are some of those snakes: October 12th [2020] at 10 a.m. there was a massive power outage in Mumbai. Local trains stopped and passengers were stranded. The cell phone service collapsed. The Indian bond market was disrupted during peak trading hours. In some neighborhoods, the power went out for more than 12 hours. Indian media called the power outage in Mumbai “the worst in decades”. And he was.

Cyber ​​attack as a reason for power outage?

In November, India Today reported that Maharashtra’s cyber department believes a malware attack may have caused the outage. “Might” is speculation, not a fact. However, tech experts found evidence of attempted cyberattacks on digital devices that control Mumbai’s power grid.

On February 28, the New York Times reported that Recorded Future, a Massachusetts-based company that – listen to this melodious description – “investigates the use of the Internet by state actors” had discovered Chinese malware. This malware penetrated the control systems that “control the power supply across India” and other parts of the electrical production and transmission system.

Caveat: Since Recorded Future was unable to break into India’s complex power grid, its experts were unable to investigate the malware.

Another caveat: On March 2nd, IndiaTimes.com reported that India’s Energy Minister RK Singh said there was no evidence that a cyber attack caused the blackout in Mumbai. The Department of Energy believes human error caused the outage, but not cyberattacks from China or Pakistan.

New reservation: the ministry admitted attempts had been made to launch cyberattacks on electrical control centers in the northern and southern regions of India. However, the malware did not reach the operating systems.

Observation: In democratic nations, national and state governments / politicians often contradict each other because they really don’t know. I offer Dr. Anthony Fauci as an example of a politician who contradicts himself.

The fact is: The Sino-Indian War of 1962 is still unsolved. In 2020, Indian and Chinese armed forces faced each other repeatedly in the Himalayas. During a 2020 military confrontation in the Galwan Valley, Maharashtra state authorities noticed an increase in attempts by China to break into their power grid.

The fact is: malware from China has infiltrated the Indian digital network, which is connected to the power grid.

Basic Intelligence Assessment: Confirmation of Presence [der Malware] does not confirm that an attack that could have gained control of the power grid was successful. However, it confirms the direct threat of an attack, the direct ability to attack and, in my opinion, the intention to carry out an attack.

I have not designed this column as an opinion piece, but as an intelligence service assessment that can be used to make an operational assessment. Why did i do this American citizens need to understand the daily threat they and their American allies face – from a vicious, beneficial enemy.

The ability to cause blackouts in a hostile country – and make no mistake, Communist China regards the United States as THE enemy country – is a gray area warfare skill. “Gray area” means that the attacker is carrying out attacks that are designed in such a way that they are difficult to assess and can be denied.

The Mumbai blackout in October perfectly meets the criteria of uncertainty and contestability.

A digital attack doesn’t leave shell craters or dead people – at least not in the same obvious sense as a bombing attack. But the potential lethality of a cyberattack is real; a sustained digital attack undermines morale and economic and defensive skills.

Austin Bay is a retired Colonel in the US Army Reserve, writer, columnist, and lecturer in strategy and strategic theory at the University of Texas-Austin. His latest book is “Cocktails from Hell: Five Wars Shaping the 21st Century”.

This article only represents the opinion of the author. It does not necessarily have to reflect the point of view of the Epoch Times Deutschland.

Thank you for reading the Epoch Times. A subscription would not only provide you with reliable news and interesting content, but also help revitalize independent journalism and help secure our freedoms and democracy.

In view of the currently difficult times in which large tech companies and other players from the digital advertising market are restricting the monetization of our content and its distribution, this is putting us under great pressure as an advertising-financed news portal. Your support can help keep the important work we are doing. Support Epoch Times now by taking out a subscription – it only takes a minute and can be canceled at any time. Thanks for your support!

You are also welcome to support EPOCH TIMES with your donation:

Financial markets, trade, media, ideology, international law, space and much more are potential areas of crisis in which, in a figurative sense, war is raging. For the CCP, however, it literally means war. This party, which forms the government of China, represents the basic idea of ​​”unlimited warfare”.

The means of struggle include IT system hacking, terrorism, psychological, biochemical, ecological, nuclear and electronic warfare, drug proliferation, smuggling, sanctions and so on.

The key to this is not necessarily the armed forces, but the “generalization of war” for every Chinese citizen. “Unrestricted warfare” means that “all weapons and technologies can be used at will; which means that all borders between war and peace, between the military world and the civil world will be broken. ”

This is exactly what chapter 18 of the book “How the Devil Ruled the World” is about, entitled “China’s Reach for World Domination”. Here more about the book.

Order now – The three-volume book is available immediately at the special price of 50.50 euros in the Epoch Times Online Shop

The three-volume book “How the devil rules the world” examines historical trends and the development of centuries from a new perspective on a total of 1008 pages. It analyzes how the devil has occupied and manipulated our world in various masks and with ingenious means.