Please check all this phone number!

Missing Madeleine McCann: Who is the ominous phone contact?

It is an almost desperate call from the Federal Criminal Police Office: Please check everyone on your cell phone! The BKA chief investigator believes that this number could be the breakthrough in the case: + 351 916 510 683.

The suspect Christian B. called this number on the night of Maddie’s disappearance. BKA man Christian Hoppe asks viewers to look through old telephone bills and old cell phones. Who knows the number? The Federal Criminal Police Office has received a total of 800 tips. Some seem promising.

Who does this phone number belong to?

Investigators have already received new insights into Madeleine McCann, who has been missing for 13 years, after a program called “XY … unresolved”. The lead investigator of the Federal Criminal Police Office, Christian Hoppe, went live tonight. The key question was: Who owns the prepaid number with which the suspect Christian B. telephoned in Portugal in 2007 during the night of the crime?

Christian B. is said to have dialed the number about an hour before Maddie’s disappearance. The call came from Praia da Luz in the Algarve, the place where the three-year-old was last seen alive. Four weeks ago, BKA investigator Hoppe had asked for the number on the ZDF program that Suspects are said to have used on the evening before Maddie’s disappearance: + 351 916 510 683.

Suspected murder of Christian B .: Investigators under pressure 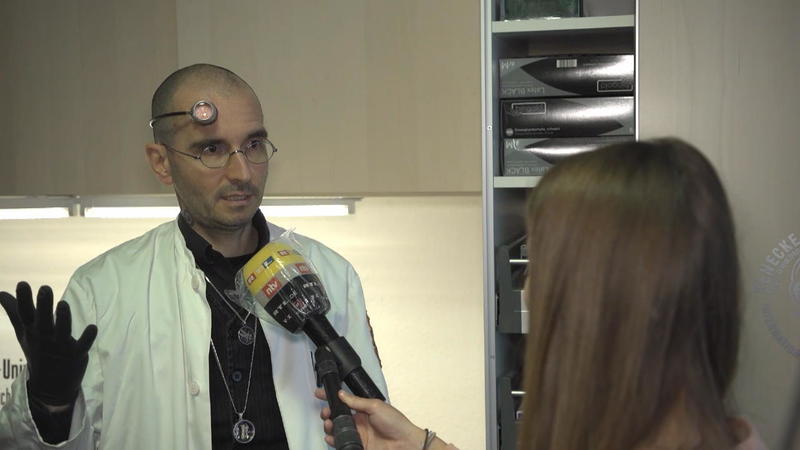 Christian B. regularly stayed in the region between 1995 and 2007. He was punished several times in both Germany and Portugal. The 43-year-old is currently serving a prison sentence in Kiel, which the Niebüll District Court imposed on him in 2011. It was about drug trafficking. Christian B. has had multiple criminal convictions for sexual offenses. Children were among his victims too. At the beginning of June this year, the Braunschweig public prosecutor’s office surprisingly announced that he had been suspected of murdering the then three-year-old Maddie.

The police and authorities have been under enormous pressure since they expressed suspicion of murdering Christian B. So far there is insufficient evidence to support the suspicion. Therefore, the investigators are now again relying on clues from the population.

On May 3, 2007, shortly before her fourth birthday, Madeleine McCann disappeared from vacation with her parents Gerald and Kate McCann without a trace. The couple of doctors had lived with Maddie and her two little siblings in a holiday resort in Praia da Luz (Portugal). On the evening of May 3rd, the parents visited the nearby restaurant without their children – when they returned, Maddie had disappeared from her apartment.

The case attracted a lot of media attention, not least because of the large-scale investigations in Portugal, Great Britain and finally Germany. The parents also went public again and again and in the meantime became the target of the investigators themselves.

The new documentary “The Maddie Case – Do You Finally Have The Offender?” informs on TVNOW about the latest information about the missing person case Madeleine McCann.

Anyone who can provide information about the missing Maddie is asked to report to the BKA at + 49 (0) 611/55 -18444 or to any other police station. The BKA issued a corresponding witness call with photos and questions.

Aivars has been missing for several days in Riga

“I asked for protection today from the PSP in Braga. The husband of the Uber driver who baselessly...
Read more

"It's been a year since the previous event, which combined a multimedia show and an oriental BODYART® workout. ...
Read more

Aivars has been missing for several days in Riga

pinched at 130 km / h, an Aveyronnaise pretends to be a magistrate