New York at “war” against the Covid-19 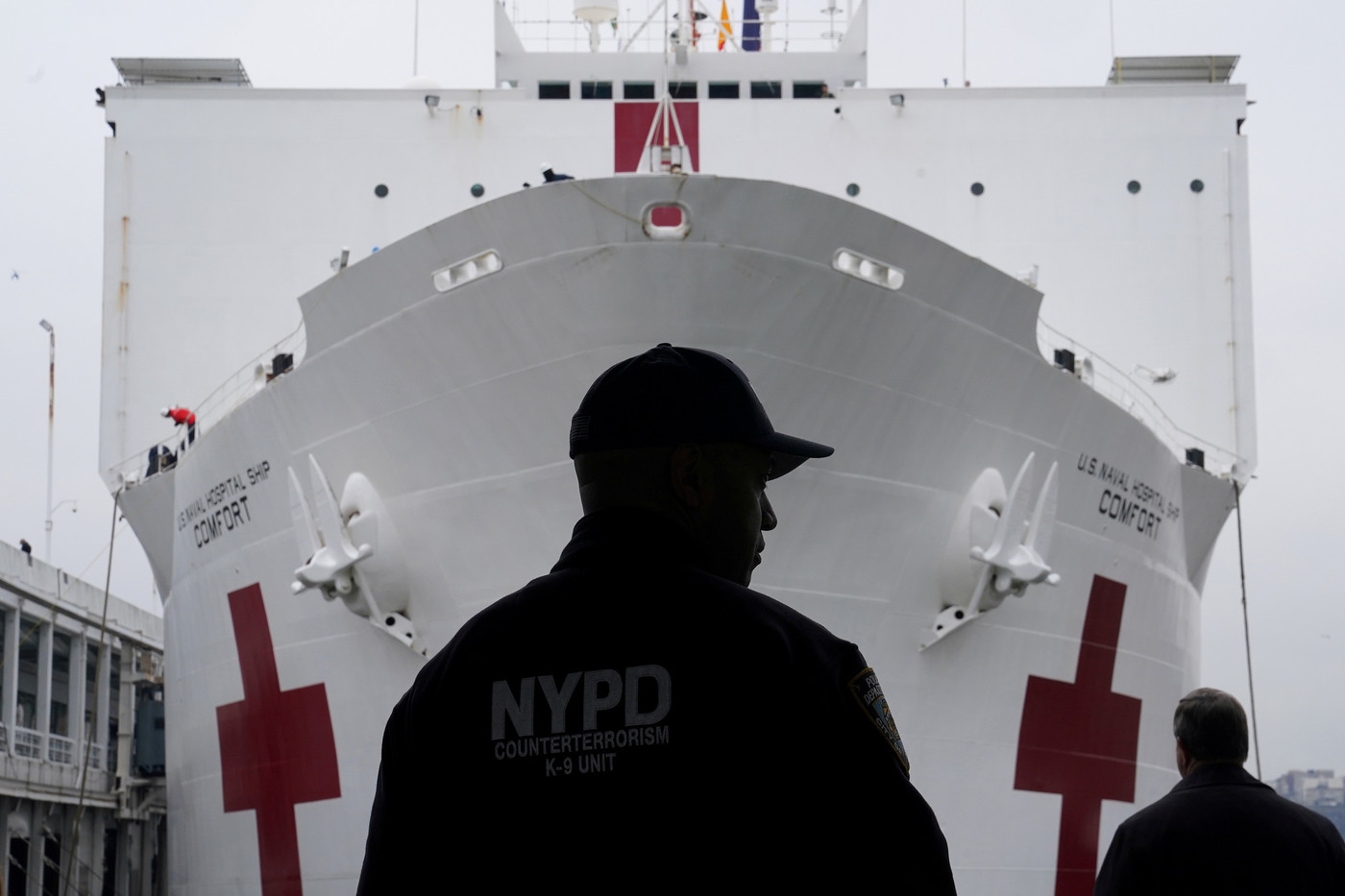 To enter the Duggal Greenhouse these days, you have to pass a temperature control, put hydroalcoholic gel on your hands, disinfect your cell phone, put a mask on your nose and mouth and put on gloves. In a city that is idling because of the Covid-19, this huge performance hall located in the Brooklyn Navy Yard, a former shipyard converted into an industrial nursery, looks like a beehive.

At the end of March, a factory was set up there to produce masks with visors for medical personnel. Every day, about 200 paid volunteers, including New Yorkers recently laid off or on unpaid leave, work in gloves and masks around eight production lines, two meters apart, in accordance with the recommendations of the authorities. In the entrance, a counter displays 20,100: the number of masks produced by these little hands since the start of the day.

Howard Silverstein, Manufacturing Manager at Duggal, the company behind this impressive effort, isn’t counting his hours. ” J’happens every day at 5:30 a.m. and leave around 7 p.m. I can’t hug my wife when I get home. I sleep in a chamber of leave to avoid any risk of contamination. But if I’m asked to work more, I will, he confides, his throat tied. My fatheris defeated in World War II. Participate in this project is my wayhelp my country. “

Eighty years ago, in the midst of world conflict, the Brooklyn Navy Yard overhauled American ships before they left for Europe. In 2020, the former shipyard finds itself at the heart of a war effort of a different kind. Like Duggal, a printing company founded in 1963, other companies in the “Navy Yard” have rolled up their sleeves to face the invisible enemy of Covid-19.

Read Also:  The gyms resist on high alert: Our activity is a health agent and we had zero infections

Elsewhere in the city, individuals are also mobilizing to make masks with the means at hand and support those most at risk. “During World War I, we knitted socks and sent them to soldiers. Today, we manufacture masks for nursing staff “, summarizes Melanie Bavaria, a journalist who has launched a platform for connecting neighbors to provide shopping for seniors and other people at risk.

In Park Slope, the Brooklyn neighborhood where she lives, residents mobilize through the Next Door service exchange application and other channels to financially support local merchants or perform tasks for the most vulnerable (deliveries, walks dog, babysitting). “New York is a city where you can cry on the subway without being noticed. But in difficult times, the generosity of New Yorkers stands out. Those who are stuck at home and in good health feel the need to act », She explains.

The need is all the stronger as the once bubbling city, today the epicenter of the virus in the United States, is disfigured by the Covid-19. Within days, mortuaries appeared outside overwhelmed hospitals. In Central Park, a 14 tent field hospital has been erected by an evangelical association, under the incredulous eyes of joggers and walkers. The legendary green space had not seen such a facility since the Civil War in the 1860s. With more than 84,000 cases of contamination, New York State is the most affected in the United States. This figure can be explained by the very high population density in New York City where the virus can spread quickly, and because it is also the state that tests the most.

Read Also:  Quarantine equivalent to disease: the draft of the anti-coronavirus decree

Since March 31, the gigantic hospital ship USNS Comfort and its 1,000 beds is moored at Pier 90 in West Manhattan. The last time this impressive white military building, flanked by large red crosses, passed in front of the Statue of Liberty, it was after the attacks of September 11, 2001, to offer respite to the first aid teams working in the ruins of the Twin Towers.

“In the United States, the use of the word ‘war’ is overused. It was used for the fight against crime or drugs. But today, when the population sees symbolic places like Central Park transformed into a hospital or closed playgrounds, the term is not exaggerated, it makes it more real ”, says Bruce Berg, professor at Fordham University. For this 70-year-old American, including forty-five years spent in New York, Covid-19 will mark the city even more than September 11: “After the attacks we were encouraged to resume our normal activities. It was a traumatic episode, but limited in time. This is not the case with this virus. “

In New York, where 2,977 people died in the Twin Towers collapse, the toll from Covid-19 will certainly be heavier. As of April 2, nearly 2,000 people have already lost their lives to the new coronavirus. And the peak should only come ” in the next weeks “, according to Mayor Bill de Blasio. Even though the city’s parks are still lively (locals can go out without being checked), “New York has been dispossessed of its joie de vivre, says Eric K. Washington, author and guide living in the north of the city. In times of war, we take refuge with friends or strangers. Todayhui, we must do thereverse and isolate. C ‘is weird and absurd. “

In Times Square, a message scrolling on a giant screen sums up the situation well: “Staying apart from others is the best way to stay united. “ For Elizabeth Paskanov, who came to take pictures of the empty place, “New Yorkers have seen others. Whether it was after Hurricane Sandy or 9/11, they’ve always faced and bounced back. “