Music, theater and art can be enjoyed in Quito from Thursday, January 16

Little by little the cultural agenda in this new year, with virtual activities and face-to-face. The latter have biosecurity protocols established by local authorities.

Today January 14 and tomorrow January 15, 2021, at Museum of the City the tour will be made The Museum inside, in which it will be shown how the professionals of the institution work. Over an hour and a half, the public will be able to learn about, among others, the processes of conservation of heritage assets.

To attend, a reservation must be made through the number 099 674 2326. The maximum capacity of each group is seven people, with free entrance.
In the line of contemporary visual art is the exhibition ‘Atavico’, by Cinthia Guerra. The exposition It was inaugurated yesterday, January 13 at + Arte Galería and will open until January 23.

Guerra’s artwork addresses different questions with respect to the family, past and future generations, the search constant of the home and the roles that women exercise on a daily basis.

In ‘Atavico’, through different objects, the artist explores, in white on white, the transformation of silence into language and that of silence into action.
+ Art Gallery requires reservation to attend. This can be done through the establishment’s social networks.

The maximum capacity is 5 people on a daily basis and 10 people on guided tours. On Saturday 16, at 11:00, the first of three guided tours of this exhibition will take place.

As for performing arts, it will premiere tomorrow ‘Spreaders‘, in The CCI Theater (north of Quito). The show will run until February 14, from Thursday to Saturday at 8:00 p.m., and on Sundays at 6:00 p.m.

The play is directed by Alejandro Lalaleo and the cast has Francisco Viñachi, Carla Yepez, Mare Cevallos and Diego Ulloa.

The script works based on the comedy from confusion, in order to build situations with a lot of humor and close to the viewer. In the story, four almost unknown characters share more than they imagine and face infidelity and revenge.

The Theater has different measurements to ensure the wellness of the spectators and the work team. Among others, the capacity is reduced to maintain distance.

This weekend there will also be Musical shows for adult audiences. On Saturday the fourth virtual edition of the Retro Party will be launched.

Equilivre and DJ Giovanny Rosero will participate in this event. The Ecuadorian pop-rock group will perform their hits, from Guayaquil, and Rosero will mix music from the 80s on acetates, from Quito.

The accesses can be acquired through social networks. The public can decide the day and time to enjoy this musical transmission.

Travel.Today 14 and tomorrow 15 there will be tours to show the daily work in the City Museum.

Exposition.This week ‘Atavico’, by Cinthia Guerra, will be released at + Arte Galería; open from Tuesday to Saturday.

Concert.The Equilivre group and DJ Giovanny Rosero will be part of the Virtual Retro Party, this Saturday.

Theater.Tomorrow, 8:00 p.m., ‘Crucetas’ will premiere at El Teatro del CCI. The play will run until February 14.

The CEO of CD Projekt apologizes for Cyberpunk 2077, reveals the new plan

EDF: against the Hercules project, the unions ready for trench warfare

5 Benefits of Inviting Children to Play

Do not be fooled! IDR 45 Trillion Customer Funds ‘Eaten by Jin’

Named a new focus of coronavirus in the human body – Lenta.ru 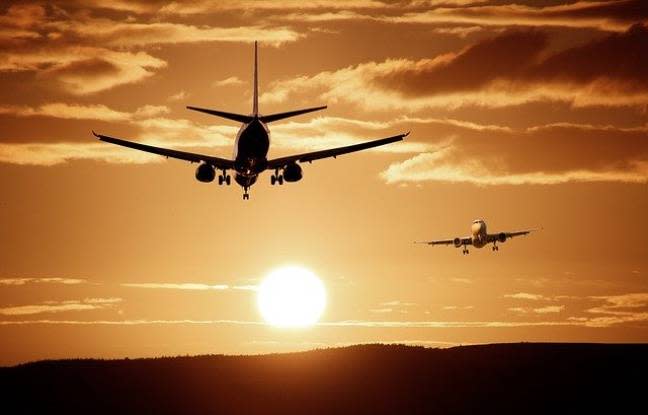 Capsule beds on the plane soon to be offered by an airline?