The cyclists have had their first double weekend with Kortrijk and Tabor. Saturday and Sunday were largely dominated by the return of Wout van Aert, but our commentator Michel Wuyts saw even more spectacular elements.

The first impression of Wout van Aert was what I expected. I didn’t think that he would immediately destroy everything and everyone, but that we would see beautiful things.

We saw fragments of his talent and persistence, which is becoming legendary. Look at that huge final lap in Tabor.

When they return to the field, most of the riders are through and let it run, but Van Aert finds the mental strength to put down another lap at the pace of the men in the front fighting for the victory.

There are of course still work points, because his start was disappointing twice. If he wants to play from the 2nd or 3rd round, then he should be in the front sooner.

His acceleration after the corners was good and so was his balance.

That cross reflex is certainly still there, he has to fine-tune the rest. But that can go quickly, especially with such a super talent. We can already see that next Sunday in Boom.

I expect that he will make his mark in that cross even more. Then there will be a kind of blackout, because after that he chooses an internship and returns to Namur and Herentals.

But we are late November and he can already be seen in the field. He also chose Tabor this weekend and that indicates eagerness. The range he chooses is large enough, especially for his status as the best one-day cyclist on the road.

If there is one big conclusion after this weekend, it is that you should not underestimate the rest of and in the field. I had already felt that on my elbows.

Eli Iserbyt achieves an even higher level than last year and I find Michael Vanthourenhout astonishing. I’m talking about its content, technique and style. It’s divine to watch him.

If he keeps his head there, Vanthourenhout will have a nice month ahead. He wins now and there you see that mental factor.

Cousin and national coach Sven Vanthourenhout said years ago that Michael was very talented, but that he was playful and was not always on the ball during training.

You then have to wait for that déclic and in cyclocross it can go really fast.

The general level is simply very high. And then bad luck plays a major role. Look at Toon Aerts: we easily talk about mistakes, but often it is bad luck at a bad time.

We should certainly not speak of dips, because that is ridiculous. It is far too early in the season to speak of a dip.

A broad summary of the cross in Tabor

In my opinion, Iserbyt and Vanthourenhout have taken the biggest step, but in the cross those steps do not have to be that big to immediately make clear differences. A step of 2 percent is already gigantic.

In terms of cross-technical terms, that duo is not inferior to Van Aert, who of course has a larger engine. But Vanthourenhout is the most beautiful bike to look at. His jumping technique on the beams is pure art and he radiates self-confidence.

And Laurens Sweeck, he plays it smart. The Belgian champion scans and watches how his body reacts.

If it’s good, then he goes for it. If the feeling is less, then he is already looking forward to more important things. He obviously thinks of the Belgian Championship and the World Cup in the sand, which he will really like.

Corona crisis: the car market in Russia is not shrinking much

On the 34th day, Sang-ho Woo’s solo performance… The reason why Kim Dong-speech was released

Eugenio Derbez talks about Victoria Ruffo and his voice breaks

Ecobonus 110%, what the person who declares the forgery risks. Here are all the penalties

Expert sure: Princess Diana died of a tiny injury – Nau.ch

«I received 68 invoices from other people» 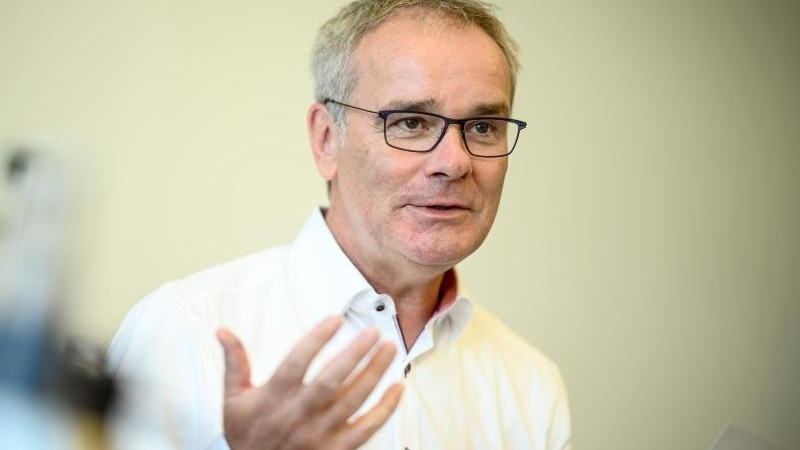 why little Alice, with a disability, can’t go back to school