MEB: Secrets of the platform for electric Skoda or VW

MEB is a kind of similar to the already well-known MQB platform. However, since it is primarily developed for electric cars, it is fundamentally different from technology for conventional cars.

The Volkswagen Group has been a promoter of so-called modular technology for many years, when one base can be used as a jigsaw puzzle in cars of various categories. Probably the best known is the MQB platform, widely used today from small hatchbacks to large seven-seater SUVs, even in the best-selling cars in Europe, such as the Volkswagen Golf, VW Tiguan or Škoda Octavia. MQB has expanded across the group’s offer in recent years, and the years to come will be marked by its counterpart, the MEB architecture.

The idea behind MEB (modular electric drive kit) is the same as in the case of MQB (Modularer Querbaukasten). It is a kind of jigsaw puzzle, which can be used in different types of vehicles thanks to various combinations of components. However, the main difference from MQB (and its innovative MQB Evo derivative) is that it is adapted to electric vehicles. As a result, this architecture is completely different from MQB in terms of technology.

“It offers various options for combining battery capacity and electric motor power. The MEB platform is thus able to meet the individual requirements of our customers and adapt to their habits in using the car, “ says Christian Strube, head of technical development at Škoda Auto, about MEB.

How is the battery different?

The basis of MEB can be considered the battery module, which is the largest and at the same time the most difficult part of the platform. It consists of a solid aluminum frame into which modules with battery cells are inserted. The whole basically forms the floor of the car and its connection with the self-supporting body increases the structural rigidity of the car.

The advantage of the module is its flexibility, because its frame can have virtually any size, for use in various types of cars. However, one size is currently available and up to twelve battery modules can be installed in the frame, each of which contains 24 battery cells. Their basic building block is a cell, which you can imagine as a metal strip weighing 1073 g.

In this case, the batteries used have a total capacity of 82 kW, of which 72 kWh is really usable. It weighs about 309 kilograms. The construction also includes a cooling and battery management system and, of course, connectors.

Due to the need to charge the batteries, the MEB platform also includes a standardized technical solution for charging and the necessary power electronics, which control not only the charging, but also the subsequent supply of energy to the drive. The system allows both alternating current and direct current charging.

AC charging is supported at 2.3 kW (typically a home outlet) and 7.2 and 11 kW (400 V outlet, public charging stations, wallbox), while DC charging can operate at up to 125 kW. However, the Škoda Enyaq iV only supports selected, top variants, for lower ones there is an output of 50 or 100 kW.

Logically, the MEB platform also includes an electric motor. It is always located at the rear axle, which is, according to the designers, a more advantageous solution for electric cars. This ensures better traction when starting off, the electric motor is also compact, so it does not take up luggage space. After all, its dimensions correspond to the fact that it easily fits in a sports bag, and weighs only about 90 kilograms.

In the case of the Enyaqu iV, the rear electric motor has an output of up to 150 kW, but there are also weaker derivatives with 132 kW and 109 kW. For all-wheel drive variants, there is an additional electric motor on the front axle, which helps increase system power to 195 or 225 kW in two levels. The front engine is smaller and more compact. In addition, it is not synchronous like the back one, but asynchronous. It serves only as an auxiliary force, so in this case the advantage is that it can rotate freely without the need for electricity allocation due to the different rotor design. The rear synchronous unit with magnets in the rotor, on the other hand, requires constant current excitation.

Of course, the gearbox also cooperates with the electric motor, which forms one unit with it. Thanks to the constant torque of the electric motor and to reduce costs, it is only single-stage, with a gear ratio of about 1:10, which is provided by two smaller gears. The result is compact dimensions that help free up space for the cab.

If the MEB thus promises interior space at the level of larger cars with conventional drive, it is due to the compact components of the drive system. The electric motor and single-speed transmission simply do not take up as much space as the combustion unit and the multi-stage transmission required for it, whether manual or automatic.

However, the Volkswagen Group also considers the on-board connectivity and infotainment system, as well as a set of electronic helpers, as part of the platform. The MEB has already been developed with the vision of supporting level 3 autonomous driving, in which the driver will no longer have to devote himself fully to driving under certain conditions (for example on properly marked motorways). That’s why the architecture includes powerful computing hardware with three high-performance computers (ICAS). It is these that will provide autonomous driving functions in the future, but before such a solution is developed (and legislatively approved), this hardware drives the usual assistance systems.

At the same time, MEB expects a similar boom in the future as MQB. In the case of the production car, it made its compact debut hatchback Volkswagen ID.3, but in the meantime it was also used by derivatives SUV Volkswagen ID.4. Skoda then deployed MEB in the SUV Enyaq iV, while the sports brand Cupra is preparing a sporty hatchback el-Born. In the future, Audi also wants to use it for the serial version concept Q4 e-tron. In addition, it will also be used by Ford in cooperation with Volkswagen.

However, as in the case of MEB, this will not be the only architecture of the Volkswagen Group reserved for electric cars. Specifically, the Audi brand will soon use four. In addition to the MEB, it is a modified MLB evo known from conventional models with a longitudinal engine at the front, used in the e-tron and e-tron Sportback models, which will be supplemented in the future by J1 for super-powerful electric cars based on MSB architecture known from Porsche Panamera and PPE for large luxury cars. Like MEB, PPE is already exclusively adapted to electric propulsion, but the difference is the most modern and most powerful technology, for example in the form of an electrical system with a voltage of 800 V or the possibility of charging up to 350 kW. 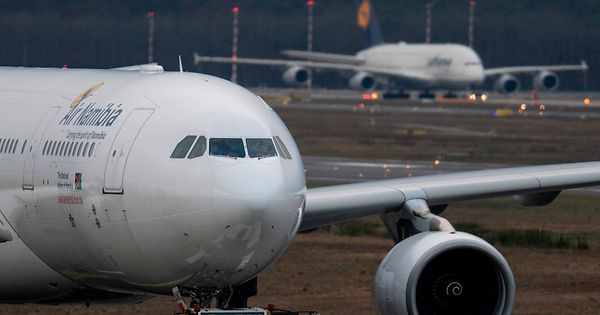 Erdogan accused Russia of “attack” on opposition camp in Idlib

Benjamin Biolay announces more than 70 dates for his tour!