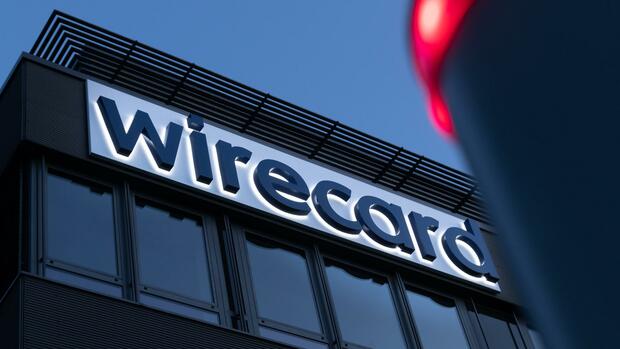 Cologne The euphoria was great when the law was passed two and a half years ago. The model declaratory action is a “milestone” for customer rights, the consumer association cheered. The then Federal Minister of Justice Katarina Barley (SPD) praised the new legal remedy as a huge step forward. Finally, the minister announced, consumers could “enforce their rights quickly, effectively and cheaply”.

At least the adjectives “fast” and “effective” can now be safely deleted. The opposite would be more correct. The small number of model declaratory actions shows that they have not proven themselves in practice. The Federal Office of Justice has registered just 15 cases so far. Mostly it is about the interest rates of regional credit institutions.

One main reason for the lack of acceptance: It is usually very tedious for customers to get their rights in this way. Because first the courts have to clarify whether there is a fundamental claim. Only in the second step can consumers argue about the amount of compensation in their case. To do this, they have to go to court themselves in case of doubt.

The hurdles for class action are also high: only selected consumer associations are even authorized to make use of the instrument. As a result, very few selected cases come to the courts at all.

Individual successes such as the diesel lawsuit against Volkswagen, which was resolved through a settlement, cannot hide the fact that there are countless cases of damage in which the class action lawsuit remains unused. The government has achieved its goal of preventing a lawsuit industry based on the American model. The price for this, however, is paid by injured parties, whose rights have hardly been strengthened at the bottom line.

Other developments are hoping for better protection for consumers and damaged customers. Above all, digitization is the driver of change. “Flightright”, “Conny”, “Investor Lawsuit” and many other providers are stirring up the legal market. While until a few years ago it was completely uninteresting for cheated customers to claim minor damage of up to a few hundred euros, the Legal Techs now offer completely new opportunities for compensation.

Now a law is giving the new service providers on the legal market a further boost: On June 11, the Bundestag passed the so-called Legal Tech Act. Lawyer and professional lawyer Volker Römermann speaks of great progress.

“Millions of people are already turning to Legal Techs. They would have let their claims forfeit earlier. The new law will give companies even more tailwind, ”says Römermann. He is of the opinion that digitization has given people access to law that did not exist before.

As an expert in the legal committee of the Bundestag, the lawyer campaigned for the reform of professional law. He cannot understand the resistance of the German Bar Association and the Federal Bar Association. The professional associations fear in particular that legal service providers will take on work that should actually be reserved for lawyers.

From Römermann’s point of view, this is counterproductive. “With this attitude, the legal profession runs the risk of being overtaken and marginalized by reality in the long run,” believes Römermann. The lawyer advocates seeing digitization as an opportunity.

From his point of view, the success fee, frowned upon by many critics, is only to be welcomed. “It was the right step to enable compensation that depends on success. This is what clients are after, as with other services. It is unrealistic that the lawyer seeks the law regardless of the client’s interests, ”says Römermann.

The change in the legal market does not only take place in the case of minor damage, which as a rule was not asserted because of the effort and financial risk. Even disadvantages in the four-digit range often did not change anything if they had to be enforced individually.

“In Germany, consumer rights and the rights of small and medium-sized companies were weak for a long time. The superior corporations were invited to misconduct. You did not have to fear being used by damaged customers, ”explains Wolf von Bernuth from the US law firm Hausfeld, who came to Germany a few years ago. The fact that there are now different ways of bundling similar claims strengthens the power of customers.

Hausfeld is known in America for “class actions”, mass lawsuits that do not exist in this form in Germany. In the German market, Hausfeld saw a gap in the market, even if the business in this country is not comparable to the US business, says von Bernuth. He worked for a long time for the German law firm Gleiss Lutz, which usually works for large companies that have to defend themselves against claims.

US law firms see a gap in the market

Hausfeld wants to be something of a counterweight to the large law firms that are traditionally on the industrial side. Von Bernuth defends himself against critics who fear an Americanization of German conditions. “It is not true that entering the market will lead specialized US law firms to a lawsuit industry based on the American model,” says the lawyer.

Hausfeld focuses strategically on business-to-business business. Potential clients are institutional investors who take action against corporations or companies that have been harmed by other companies. “The defendant companies usually have top-class law firms, so we can counterbalance them,” says von Bernuth.

Hausfeld, for example, represents large Bayer shareholders who accuse the pharmaceutical and agrochemicals group of failing to provide information about the risks of the Monsanto purchase. In addition, the law firm cooperates with the Federal Association of Freight Transport, Logistics and Disposal, as well as other transport associations, whose members – mostly medium-sized or large freight forwarding companies – sue the truck cartelists for damages. “The competition authorities have already established the antitrust violation in these cases. On this basis, we then proceed against the truck manufacturers for our clients, ”explains von Bernuth.

The law firm with its American roots became known in this country, however, primarily through the representation of the legal tech company Financialright, a pioneer of a new model for handling mass claims. Financialright has had the claims of tens of thousands of diesel plaintiffs assigned and is taking action against the Volkswagen Group in a bundled manner.

Are consumers allowed to assign their claims?

It is not certain whether the plan will work: the assignment model is very controversial in Germany. Volkswagen, for example, believes that it violates the Legal Services Act if companies allow claims from potentially damaged customers to be assigned. However, the Federal Court of Justice has basically confirmed that legal techs who work according to this method are allowed to provide legal services.

One of the proponents of new providers in the legal market is law professor Michael Heese from the University of Regensburg. In his opinion, legal techs are a big step forward for consumers. “Digital solutions enable legal enforcement to be scaled up. Compensation from customers in the event of flight delays or car owners in the diesel scandal are good examples of this. In principle, that’s good news, ”says Heese.

The university professor cannot understand that lawyers who are on the consumer side are often discredited as the “plaintiff industry”. “In Germany we traditionally deal with a defendant industry,” says Heese. It is therefore good when the wealthy large companies with expensive lawyers have to deal with opponents who are on an equal footing. The demand for effective legal protection also for plaintiffs is therefore legitimate.

Heese locates the problems with the state. The legislature is hopelessly lagging behind in the digitization of the judiciary. “The consequences are mountains of files, lengthy proceedings and an increasingly frustrated civil judge,” Heese sums up. Unfortunately, the state is blocking effective collective legal protection which, on the one hand, ensures that mass proceedings are dealt with in an economical manner and, on the other hand, is attractive for law firms on both sides.

One of the problems with the model declaratory action is that there are no reasonable rules for the remuneration of the plaintiffs’ offices. In theory, lawyers have to be satisfied with very low fees. A case like that of Volkswagen with several hundred thousand people affected in the diesel scandal should only be remunerated with a few thousand euros according to the relevant rules for the complaining consumer association.

There has been some progress compared to the German model declaratory action. The requirements for associations with legal standing are significantly lower, so that more institutions can step on the scene. In addition, the register of complaints is no longer applicable. The directive explicitly allows commercial litigation financiers.

Irrespective of this, some politicians are pushing for improved collective redress in German procedural law. “Fundamental legal questions that affect a large number of cases require a swift decision by the supreme court,” said North Rhine-Westphalia Justice Minister Peter Biesenbach (CDU). He has recognized that lengthy proceedings endanger the citizens’ trust in the rule of law, especially since the defendants repeatedly avert decisions by the highest court through settlements. “These are tactical subtleties that are at the expense of the plaintiffs,” says Biesenbach.

The Minister of Justice has therefore launched a legislative initiative that is intended to significantly accelerate mass proceedings and relieve the judiciary.

Biesenbach has proposed introducing a preliminary ruling to the Federal Court of Justice. “This is intended to enable the lower courts to obtain a decision from the Federal Court of Justice in advance on fundamental legal issues that can affect several cases,” explains the politician. As a result, he expects the reform to result in a “quick clarification of the issue, uniform case law and legal training – within a much shorter period of time.” 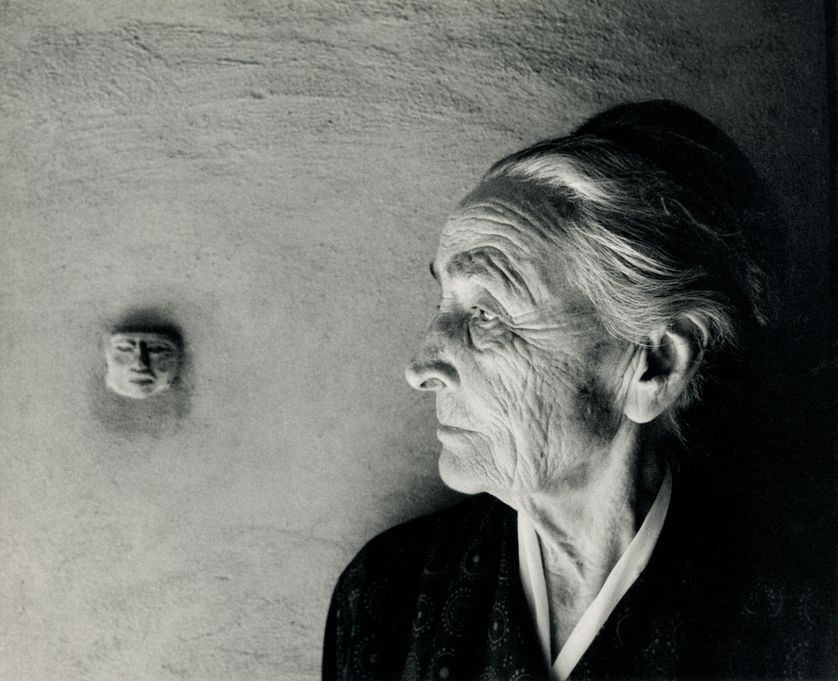 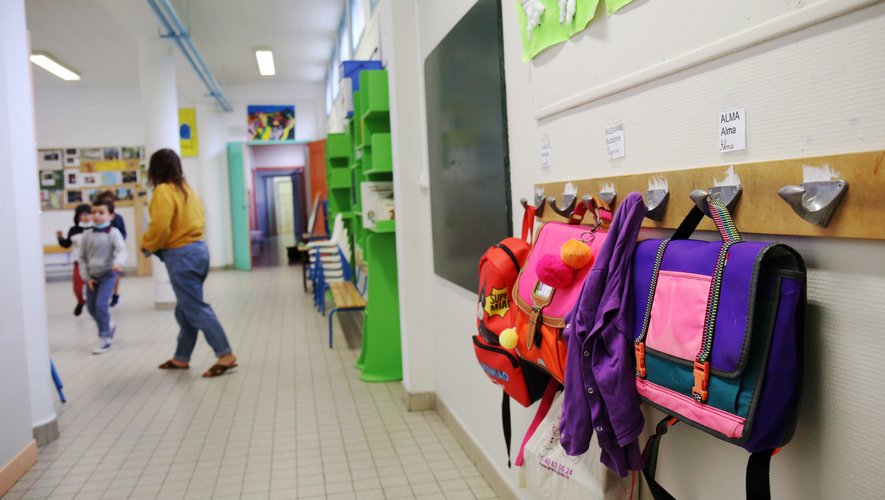