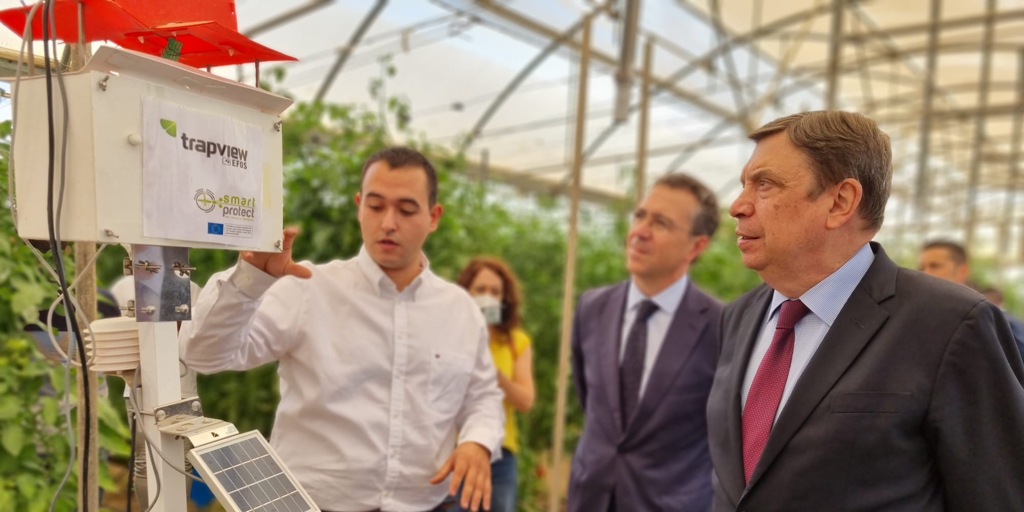 “Innovation and research are key to the future of a sustainable agricultural sector,” said the Minister of Agriculture, Fisheries and Food, Luis Planas, during the first stop of his visit to the province of Almería. the holder of the bouquet has toured the Cajamar Foundation’s Las Palmerillas Experimental Station in El Ejido, a facility that has led to an enormous boost in agricultural production, especially horticulture under plastic, whose development has been based on the application of innovative cultivation techniques and biotechnology.

“Research and innovation have been key to the development of the agricultural sector and is the explanation for Almería’s success”, said the minister, along with the financial support and “hard work of all farmers, who have created value and wealth ».

During his visit, Planas has had the opportunity to learn about some of the work in progress, such as the test on irrigation and fertilization sensorsstudies on the effect of global warming on the soil and carbon fixation, improvement in soil management or trials with subtropical greenhouse crops, among others.

The minister highlighted the importance of public-private collaboration in this area, where the ministry has a protocol signed with Cajamar for financial lines for the development of projects financed with European funds carried out by producer organizations, interprofessionals and associative entities. Under this protocol, last October the ministry and the entity signed a collaboration agreement for the launch of the digitalization observatory of the agri-food sector.

Planas has recognized the capacity for initiative and the commitment of the Cajamar Foundation, which participates in eight innovative projects of supra-autonomous operational groups of the European Association for Innovation financed by the National Rural Development Program. Four of these projects are developed in the center of Las Palmerillas, related to stone fruits and climate change, sustainable cultivation of papaya in the Mediterranean subtropical climate, sustainable horticulture and creation of a technological platform for greenhouse production.

Innovation and digitization are part of the Government’s policy strategies in agri-food matters and constitute a transversal axis in the National Strategic Plan of the Common Agrarian Policy and one of the main lines of action of the Recovery, Transformation and Resilience Plan and the Agrifood PERTE, financed with Next Generation European funds.

Regarding European agricultural imports from third countries, Planas assures that the government will defend in the European Union that comply with the same scales in aspects such as the use of phytosanitary products, among others, to guarantee the competitiveness of Spanish productions. “A position of closing markets would be unfounded, it would be illegal and detrimental to the interests of the Spanish economy. There are agreements that must be respected by both parties, also in the exports of the Kingdom of Morocco », he remarked.

The minister has also claimed that the ‘wars’ for the water used by the irrigators are left aside and act with decisions at all times in relation to the volumes that are provided, the use of non-conventional waters, desalination and other resources. Thus, he has made reference to the cuts in the Tajo-Segura transfer, which will affect the north of Almería, but justified the efficiency and volume availability to be able to continue carrying out the productive activity.