James Bond 007 – No Time To Die: cinema release, trailer and all information

James Bond returns to the big screen with his 25th agent adventure. However, the theatrical release was postponed for the third time. We give an overview of all past films and look ahead to “No Time To Die”.

The first press release, which was broadcast live on the Internet, took place in Oracabessa, Jamaica, on the “Goldeneye” estate, which formerly belonged to bond inventor Ian Fleming. There the author wrote the 007 novels. The actress Ursula Andress was very close in the first Bond film “James Bond 007 chases Dr. No ”(1962) climbed out of the water on the beach and met Bond (Sean Connery) for the first time.

What is the name of the new James Bond film?

When will the new Bond be released?

The theatrical release of “No Time To Die” has already been postponed three times. First from October 2019 to February 2020, then to April 2, 2020. At the beginning of March it was said: James–BondFans have to be patient again. Instead of early April, the film will only be seven months later in November 2020 start. The official justification of the creators: They had decided “after careful consideration and thorough evaluation of the global cinema market”. It has not been officially confirmed that the move is linked to the worldwide outbreak of the new corona virus, but British media reported a connection. “No Time To Die” will also be the last 007 flick with Daniel Craig.

What do we know about the plot?

James Bond is initially “not on active duty”, it said, he is doing well in Jamaica. But his old friend, CIA agent Felix Leiter, asks him for help to save a kidnapped scientist. The agent discovers a mysterious villain who is developing a dangerous new technology. At the end of “Specter” it had indicated that Bond quit the service – at least for the time being – to spend time with his lover Dr. To spend Madeleine Swann. Actress Lea Seydoux now returns as Dr. Swann back. You can watch the first trailer here:

What do we know about the end of “No Time To Die”?

Nothing! The reason: three versions were made for the outcome of the film. And according to media reports, even leading actor Craig doesn’t know which one to take. The only one who supposedly knows is US director Cary Joji Fukunaga.

Who is the new bond girl?

Two women are considered: Ana de Armas and Lashana Lynch. There are no details about their roles yet. But the youngest Bond girl is also back: Léa Seydoux as Madeleine Swann from “Specter”.

Oscar winner Rami Malek (“Bohemian Rhapsody”) will be the villain in the 25th James Bond film alongside 007 actor Daniel Craig. This was announced by producers Barbara Broccoli and Michael G. Wilson together with director Cary Joji Fukunaga in Jamaica, without giving any further details about the role. Malek announced in a video message that he would make sure that “it is not easy for Mr. Bond”.

Which actors are coming back?

Which actors are new?

From Halle Berry to Léa Seydoux: These are the hot bond girls

Where will the new Bond film be shot?

Overview of all Bond films

2. Greetings from Moscow (From Russia with Love)

Daniel Craig as 007 for the last time? Revelations for the 25th James Bond film

5. You only live twice (You Only Live Twice)

12. On a deadly mission (For Your Eyes Only)

15. The breath of death (The Living Daylights)

16. License to kill (License To Kill)

20. Die another day (The Another Day)

22. A quantum of comfort (Quantum of Solace)

1. Strong quota: James Bond kisses three women on average in each film, he goes to bed with two of them.

2. The smallest: All James Bond actors are between 1.85 and 1.87 meters tall, only Daniel Craig is out of line. At 1.78 meters, it is significantly smaller than its predecessors.

3. Double participation: The Swedish bond girl Maud Adams played Scaramanga’s lover in “The Man with the Golden Gun” (1974) and in 1983 the eponymous circus director Octopussy.

4. The world record: The Aston Martin DBS holds a world record thanks to the stunt in “Casino Royal” (2006), in which the car overturns seven times (!).

5. Delicate numbers: One in three women James Bond has slept with over the decades has died from film. Daniel Craig has the worst rate so far: none of the women he had sex with as agent 007 survived in the film.

6. Film history: The legendary looping stunt across the river in “The Man with the Golden Gun” (1974) was shot by eight cameras in a single take. The driving maneuver was not only crazy to look at, it also made film history: it was the first stunt that was calculated in advance with a computer.

7. Almost always there: The actor who appeared most often in James Bond films was Desmond Llewelyn. He played the armorer Q seventeen times.

8. Secret revealed: The existence of MI6 was only confirmed by the British government in 1994.

9. The rotten: Roger Moore had a double for all scenes in which Bond runs. He thinks his way of running looks stupid.

11. The role model: There is a real role model for James Bond: the spy Wilfried “Biffy” Dunderdale. He was an MI6 man in Paris with whom writer and Bond father Ian Fleming was friends. His experiences were the basis for many Bond novels.

The student who collapsed from drinking has a coronavirus

The German state will accept Covid-19 patients from Slovakia – Worldwide 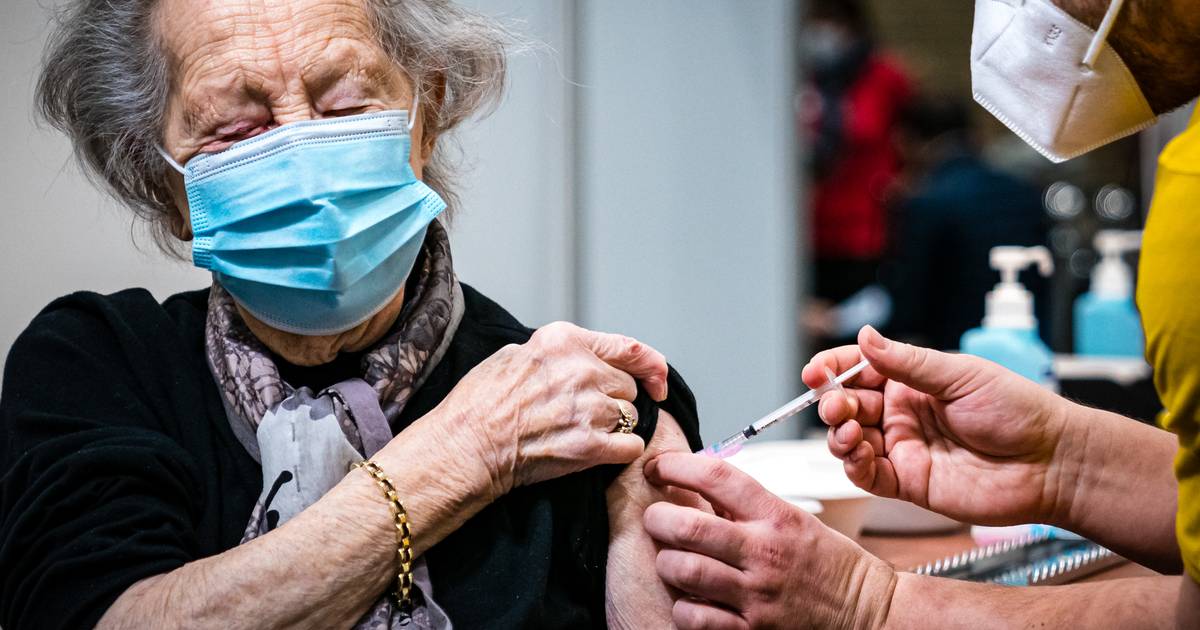 Fewer and fewer elderly people in Brabant are dying from corona, but: ‘The worries are not yet gone’ | Coronavirus

A blood test to detect cancer four years before its classic diagnosis?

Starting January 1, 2021, Stock Transactions will be subject to a Stamp Duty, …