” It’s enormous ! “… The boss of Constant & Zoé recounts the impact of her passage in” Who wants to be my partner “ 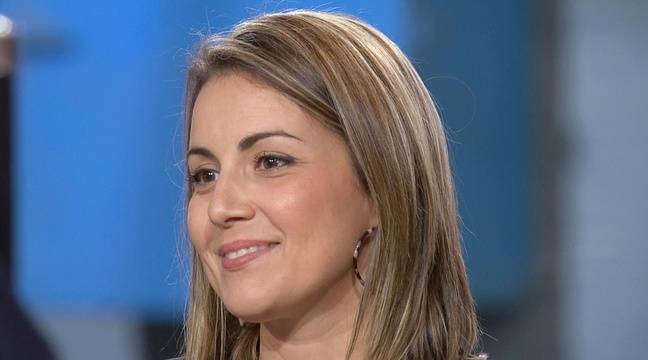 “I’m still not at the point of putting on a hat, hood and glasses to go out,” she said before laughing. However, Sarah Da Silva Gomes made a noticeable passage in the first issue of Who wants to be my partner? broadcast on
M6 last Tuesday. The 29-year-old Lyonnaise successfully convinced the panel of investors of the issue to acquire capital in her company. His company,
Constant & Zoé, specializes in the sale of clothing adapted to
people with disabilities. Sarah has pleaded with conviction a case that concerns her directly: her little brother has had a cerebral palsy since birth, following a medical error. The moving sequence made an impression and was also a showcase for small business. The evening of the broadcast of Who wants to be my partner?, the Contant & Zoé website recorded 22,000 connections, far more than the usual 300 daily visits. The entrepreneur tells 20 minutes the impact of his appearance on television.

With her brand of clothing for people with disabilities, Sarah moved and convinced investors ❤️ #QVEMA pic.twitter.com/I7toz25nxk

Did you expect the show to draw so much attention to your business?

We knew that, generally, companies that are lucky enough to spend on a prime time or a large chain like M6, record a growth in visits to their website. To prevent the site from crashing, we had redirected it to a very simple, very light page, with some visuals, to inform Internet users that our usual site was not shocked and that those who wished to order could leave us their email so to receive a voucher. By doing this, we may have lost the curious, but we were able to gather the contacts of families and centers who would like to order. We had a peak at 10,000 people, it’s huge! That means that over the same second, simultaneously, 10,000 people were on our site. Until then, in four years of activity, we had built up a base of almost 3,200 customers. On Tuesday, we collected 2,000 emails from potential buyers. It’s enormous ! At headquarters, at Lyon, we are a small team of five people. We are all trained to advise, but we are late because we have received thousands of requests via the site and social networks or by email.

You say the show was a springboard?

There were a lot of orders placed on the website. Many medical structures contact us to organize ephemeral sales. In the coming weeks, this will be felt in terms of numbers and sales. It must be said that the editing of our episode is great. I was a little scared because any exposure carries risks. On social media, comments are often more negative than positive, unfortunately. And in fact, it was just amazing. There is an incredible amount of traffic, a number of shares and communication around our passage in the program which is incredible. I think we are not far from 100% positive feedback.

Have you been paid the money that the investors promised you in the show, in exchange for a share of your capital?

The shooting took place on July 6. I set myself the goal of looking for 500,000 euros in capital and completing this fundraising by December. We raised 507,000 euros in capital. The five investors in the show are part of this round table. Four of them have invested 50,000 euros. Delphine André [présidente du groupe de transports et logistique Charles André], she, finally invested 150,000 euros, so more than what was announced on set. The transaction was signed on December 21 and the funds have been released.

What are the areas of development of your business in the short and medium terms?

The goal is to achieve the right balance between new demands, the strong growth that seems to be happening and production. We will have to manage our stocks well. By March, we will welcome three new employees, on open-ended contracts: a production management assistant, a traveling advisor who will travel to medical facilities in Ile-de-France and a commercial assistant in Lyon. From September, we plan to develop new products and a new website to be more efficient. Our goal is to structure ourselves as much as possible to be more fluid throughout the chain and welcome this growth. We are well supported.

The first issue of Who wants to be my partner?, aired on January 15, was followed by 1.51 million people, or 7.8% audience share. A disappointing score for M6, which is comforted by the fact that the market share of women responsible for purchases under 50 – formerly called “housewives under 50” – approached 17%. Nicolas de Tavernost, boss of the M6 ​​group, announced via Twitter that the show was extended for a second season.

Yanet Garcia confesses not to be perfect by showing her stretch marks | InstagramYanet García through a publication in your account Instagram He showed...
Read more
Entertainment

I am glad that I am not the only one that makes me enormously worse. Netflix is ​​really just a product of our disposable...
Read more

It's time again for a Champions League evening! The Chelsea - Bayern Munich and SSC Napoli - FC Barcelona matches will start at 9...
Read more

Animated short film for The Division 2

Samsung brings in again with the Galaxy Z-Flip clamshell on the market, but billionaire Warren Buffett is just getting off his clamshell around. Buffet...
Read more
Load more