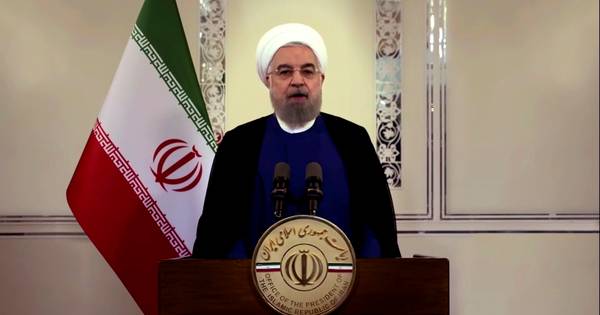 Iran today declared that the United Nations arms embargo against Tehran has expired, under the international agreement on Iran’s nuclear program and UN Security Council Resolution 2231. That resolution approved the 2015 agreement.

“As of today, all restrictions on arms transfers, activities associated with them, and financial services to and from the Islamic Republic of Iran (…) have all been automatically lifted,” Iran’s Foreign Ministry said in a press release.

The international agreement on Iran’s nuclear program stipulates that the embargo, which prohibits the sale of arms and heavy military equipment to Iran, will expire on October 18. “The Islamic Republic of Iran can thus procure weapons and the necessary resources from any source, without legal restrictions and solely on the basis of its defensive needs,” said the ministry.

Military cooperation with Russia and China

Moscow confirmed its will to cooperate militarily with Tehran in September once the embargo is lifted. China is also making no secret that it wants to sell weapons to Iran after October 18. According to the press release, Iran “can also export defensive weapons, based on its own policies.”

In August, the United States failed to get the Security Council to extend the arms embargo and restore the international sanctions against Iran that are lifted under the pact. In May 2018, US President Donald Trump had unilaterally withdrawn from the deal on the Iranian nuclear program.

Trump argues that the accord does not sufficiently guarantee that Tehran will not produce an atomic bomb. The United States is not joined by the other parties to that agreement: Germany, China, France, Great Britain and Russia. Iran has always denied it wants such a weapon.

Justice. Assizes: tortured at his home by the couple he was hosting